"Many doors have been opened in the last three years due to our work and persistence. However, there are many others to go and our efforts will remain."

Having only formed in September 2008, the Portuguese Paralympic Committee (PPC) had several reasons to celebrate its third anniversary last month.

After winning 28 medals (13 gold, 7 silver and 8 bronze), the country finished second in the medals table behind Australia at the 2011 Global Games, one of the world’s biggest events for athletes with an intellectual disability, which took place from 26 September to 3 October in Italy.

The development of Portuguese Paralympic sports was also highlighted at the 2011 International Paralympic Committee (IPC) Swimming European Championship held in Berlin during July.

The nine athletes that represented Portugal won five medals (2 silver and 3 bronze) and included athletes such as the 21-year-old Emanuel Gonçalves, who won silver in the 5,000m open water.

“Many doors have been opened in the last three years due to our work and persistence. However, there are many others to go and our efforts will remain”, said PPC’s President, Humberto Santos.

Last July the organization also launched a new website - www.paralimpicos.eu – to provide information about the Paralympic Movement in Portugal, its projects and the athletes that will be competing in next year’s London Paralympic Games.

“We are less than one year to go to London and the expectation is huge. We are profoundly convinced that we are going to live moments that will remain in the memory of all those that may have the opportunity of watching”, added Santos.

Portugal is expected to be one of 160 countries sending 4,200 athletes to the London 2012 Paralympic Games which take place between 29 August and 9 September 2012.

Fernando Ferreira of Portugal competes in the Mixed Team - BC1-2 Semifinal 2 Boccia match between Spain and Portugal at the Fencing Hall during day five of the 2008 Paralympic Games on September 11, 2008 in Beijing, China. 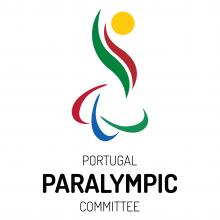