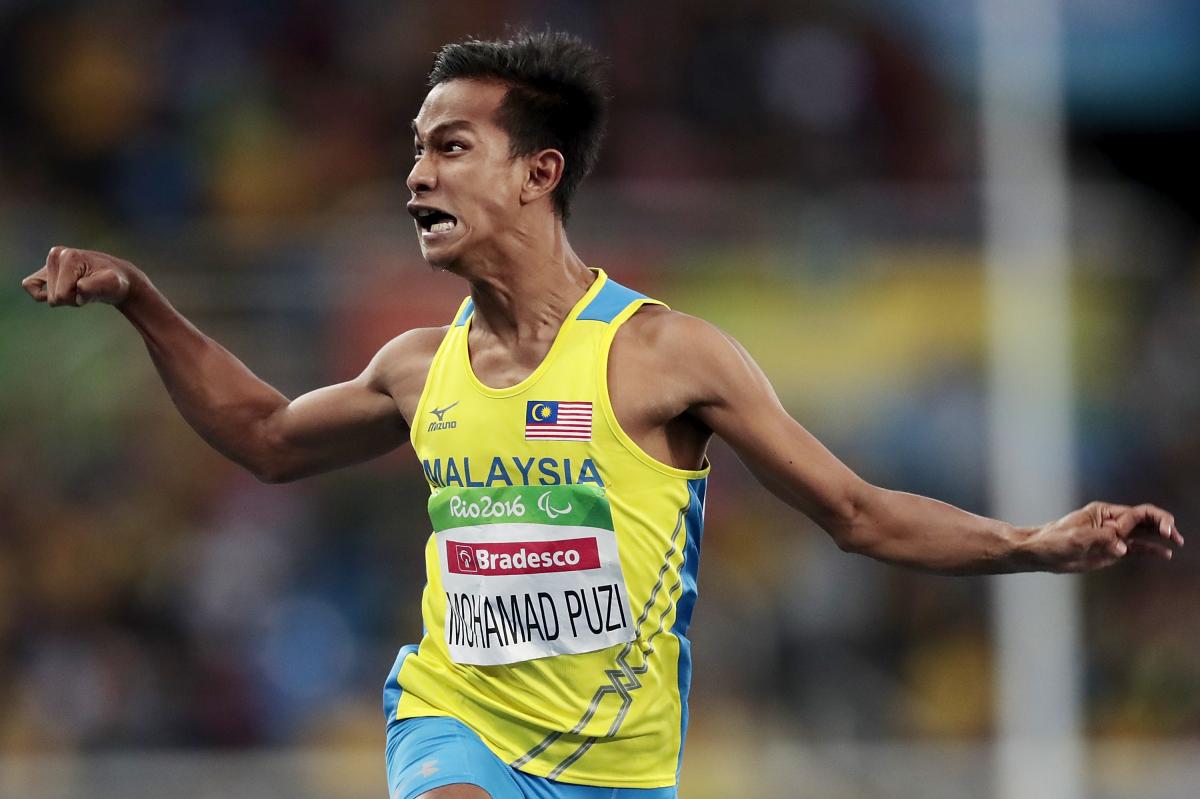 Top-flight Para athletics arrives in Paris next week (30-31 May) - the first time ever that France has played host to the World Para Athletics Grand Prix series.

The two-day meeting organised by the Fédération Française Handisport takes place at the city’s Charléty Stadium and is the first of three Grand Prix to take place in Europe this year before July’s World Championships.

Around 250 Para athletes from 35 countries will line up in the French capital with vital World Championship qualification up for grabs – as well as a welcome chance for many to show their rivals just what they are capable of in 2017.

Here are some of the key events to follow:

Mohamad Mohamad Puzi clinched Malaysia’s first gold medal at Rio 2016, adding to the world title he won in 2015. Lining up against the 29-year-old in Paris is the Ukraine’s former Paralympic champion Roman Pavlyk, who was disqualified after a false start the final at Rio 2016. It promises to be a thrilling encounter.

Double Paralympic champion Charl du Toit is one of a number of top South African Para athletes competing in Paris. Du Toit has only recently returned from injury and it will be fascinating to see how he performs in his first 100m race of the year.

Another exciting rivalry is set to play out between two of Germany’s top amputee sprinters, David Behre and Johannes Floors. Behre is the reigning 400m T44 world champion, but Floors turned the tables at last year’s Grosseto European Championships, clinching gold ahead of his teammate. Who will take the top spot this time?

Algeria’s Abdellatif Baka made his mark last year when he famously won the men’s 1,500m T13 in a time faster than it took Matt Centrowitz to win gold at the Olympic Games weeks earlier. The world record holder starts alongside three other finalists from Rio 2016 in what on paper should be a tough race - Morocco’s world champion Abdelillah Mame and his compatriot Youssef Benibrahim, and Poland’s European champion Lukasz Wietecki.

Muhammad Zolkefli was another Malaysian in winning form at Rio 2016. The 26-year-old broke the world record twice on his way to gold and was overcome with emotion when the result was confirmed, capturing the hearts of fans worldwide.

Local hopes will rest with former world and Paralympic champion Mandy Francois-Elie who takes on the 100m and 200m in Paris. The 27-year-old won silver at Rio 2016 and will need to show that she is hitting great form this season if she stands a chance of getting the better of British favourite and world number one Georgie Hermitage in London.

Germany’s Irmgard Bensusan came within 0.02 seconds of Paralympic and world champion Marlou van Rhijn at last year’s Games and it will be fascinating to see if she can maintain – and indeed improve on - that form this year. Watch out too for fellow Rio 2016 finalist and European silver medallist Laura Sugar.

Ireland’s teenage talent Noelle Lenihan has so far proved she can balance school work and world class Para athletics to great effect. A bronze medallist at her first ever Paralympic Games last year, the 17-year-old also has a world silver medal and European gold to her name.

Algeria’s Asmahane Boudjadar has shown terrific form in the javelin F33 already this season breaking the world record twice in March. Paralympic shot put champion at Rio 2016, the 36-year-old takes on all three throws in Paris – the shot put, javelin and discus.