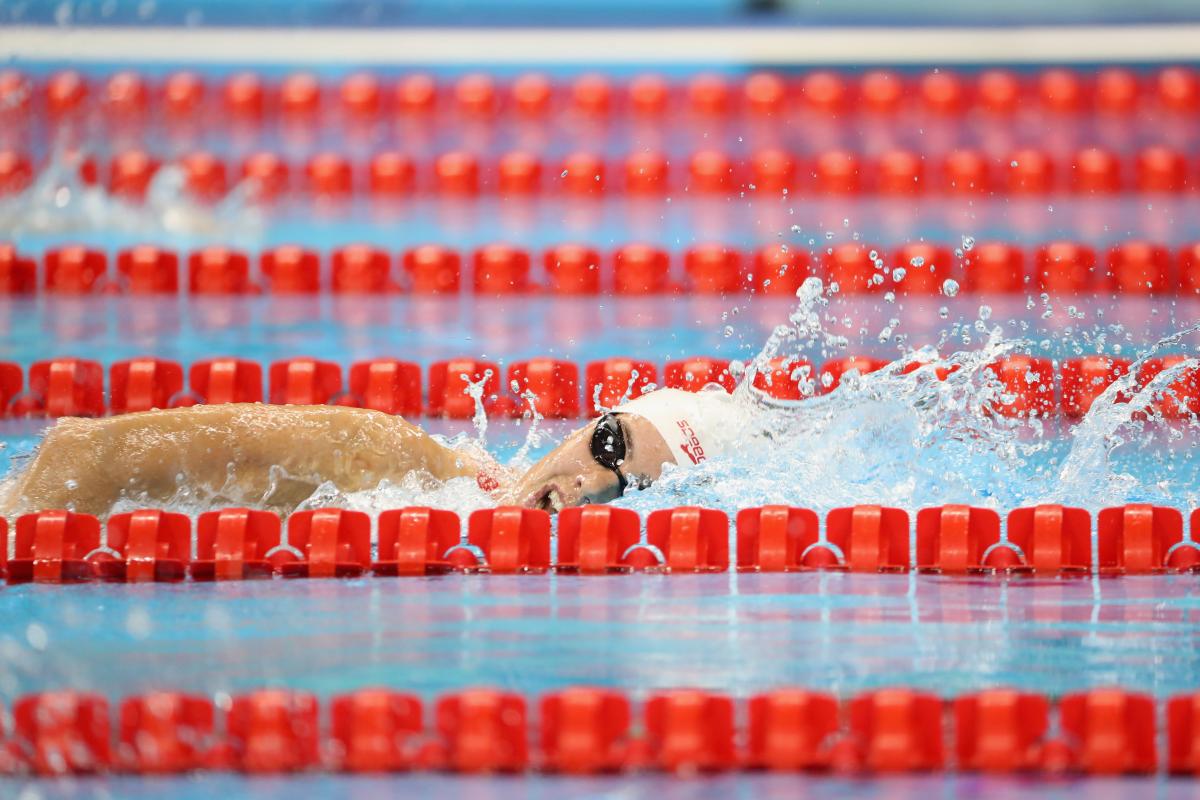 The tables were turned on the first day of the 2019 World Series finale in Berlin as Canada’s triple swimming Paralympic champion Aurelie Rivard exacted a sweet revenge on Alice Tai of Great Britain.

The margin of victory could not have been slimmer as Rivard touched home first to claim the women’s 200m freestyle gold medal, on a day when records again tumbled* in the fast SSE pool.

“Me and Alice have been competing for World Series gold medals all year,” Rivard said. “She beat me by one point in Glasgow and now I have beaten her by one point here, so I’m happy about that one.

“It was a little tougher than I expected. I was half-a-second off my world record - which is a little frustrating - but I’m happy to have won the gold medal.”

Despite being pushed into second, Tai feels she benefits from the standardised World Para Swimming points system in use for the World Series, which means she can race Rivard and other athletes from classifications different to her own.

“I absolutely love having the opportunity to race so many different people here (and) it’s nice to have that competitiveness between the swimmers,” Tai said. “At the end of the race Aurelie turned to me and said: ‘Ah! I’ve beaten you now by one point so we’re even!’”

Dunn, however, seemed oblivious to the pedigree of the current Paralympic, world and European champion even after both swimmers had clocked new world records in the final of the 200m freestyle.

“I just tried to stick with the guy in lane 6 and obviously it paid off,” said Dunn, who has been swimming competitively since the age of nine but has only been a Para swimmer since December in class S14.

“I’m new to Para swimming so I’m not really sure on names, but I got told that he was fast coming into the meet.”

Ami Omer Dadaon of Israel was the surprise package of the first day in Berlin, claiming gold in the men’s 200m freestyle and setting a European record in the 100m breaststroke.

“I came here to win but I can’t describe how I’m feeling,” he said. “I’m just a young swimmer (but) my coach keeps telling me good words. I’m so glad but I’m very tired.”

In the final race of the night, local favourite Elena Krawzow took the 100m breaststroke gold ahead of Great Britain’s Brock Whiston, who clocked her second world record of the day over the distance in her S8 class.

“I’ve got a new mindset now and being on the GB team has really helped,” Whiston said. “Even in the warm-up pool I feel faster than I’ve ever felt.”

The Berlin World Series continues on Friday with the heats and finals in the 100m freestyle, 50m backstroke and 150m individual medley.