Running brings out best in Governo 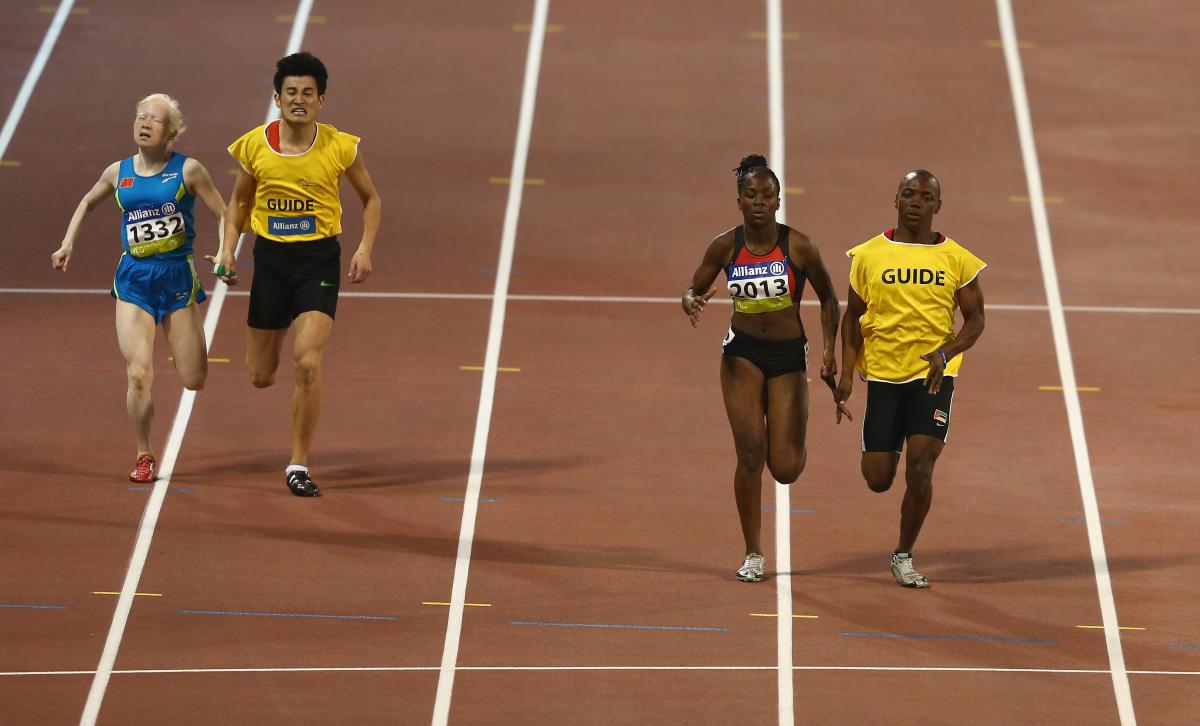 “Since I was a little kid, I always loved to run and compete against the older ones. It’s my passion. It gives me strength.

“It’s not about all the travels, the medals. I am vision impaired and to be able to run changes my life and the way people see me,” explained the 21-year-old, who was Mozambique’s only competitor across all sports at Rio 2016, winning 400m T12 bronze on the track.

While Governo is driven by her own desire to run, to compete and to excel in sport, she also finds great inspiration close to home, in the form of countrywoman and former Olympic 800m champion, Maria Mutola.

“Maria really inspires me,” acknowledged Governo. “Not only because of her success, but also because of her love and strength representing Mozambique.

“Her efforts and dedication in the training sessions, her boldness on the track and her courage to pursue the fastest times: everything inspires me. When she started, she was really poor and had no conditions, but even then, she showed that all of these would not be a problem to win.”

Governo had her own taste of success when she won bronze at Rio 2016 – an experience she describes as “amazing, a dream come true”. It also made her all the more determined to excel on the world stage, no matter what difficulties she might face along the way.

Now the Dubai 2019 World Championships are a key target; more so after the disappointment and frustration of missing out on London 2017. Governo hopes to race over 200 and 400m in the United Arab Emirates, with podium finishes and African records high on her wish list.

But first she needs to achieve the necessary qualifying times to secure her place on the plane from Maputo to Dubai – and that means lining up at this weekend’s Tunis Grand Prix in Tunisia, where she competes supported by the Agitos Foundation.

The trip to the north African country is one Governo values highly. She explained:

“It’s extremely important to me, because Para athletics is my life. To be able to be side-by-side with world class athletes it’s like a dream come true. It makes me want to be better, just like them.”

The Mozambican’s raced at the Doha 2015 World Championships, where, aged just 17, she won bronze in the 400m T12 behind Cuban Omara Durand and Ukrainian Oxana Boturchuk.

Governo believes “a lot” had changed since then – and that she can use her experience to her advantage.

“I grew up and learnt being side-by-side with the best ones. Being able to be with Omara Durand and Oxana, I learned that, for me to be a good athlete, I have to be humble, charismatic and work really hard,” she said.

“I have to forget what I have already won and focuses on what is to come. Doing that, I’ll be able to get better results.”