Russia seal 100 per cent record to win in Torino

Sochi 2014 silver medallists stormed to a seven point lead over Norway and Italy in Torino, Italy, to show their form ahead of the World Champs A-Pool. 10 Nov 2014
Imagen 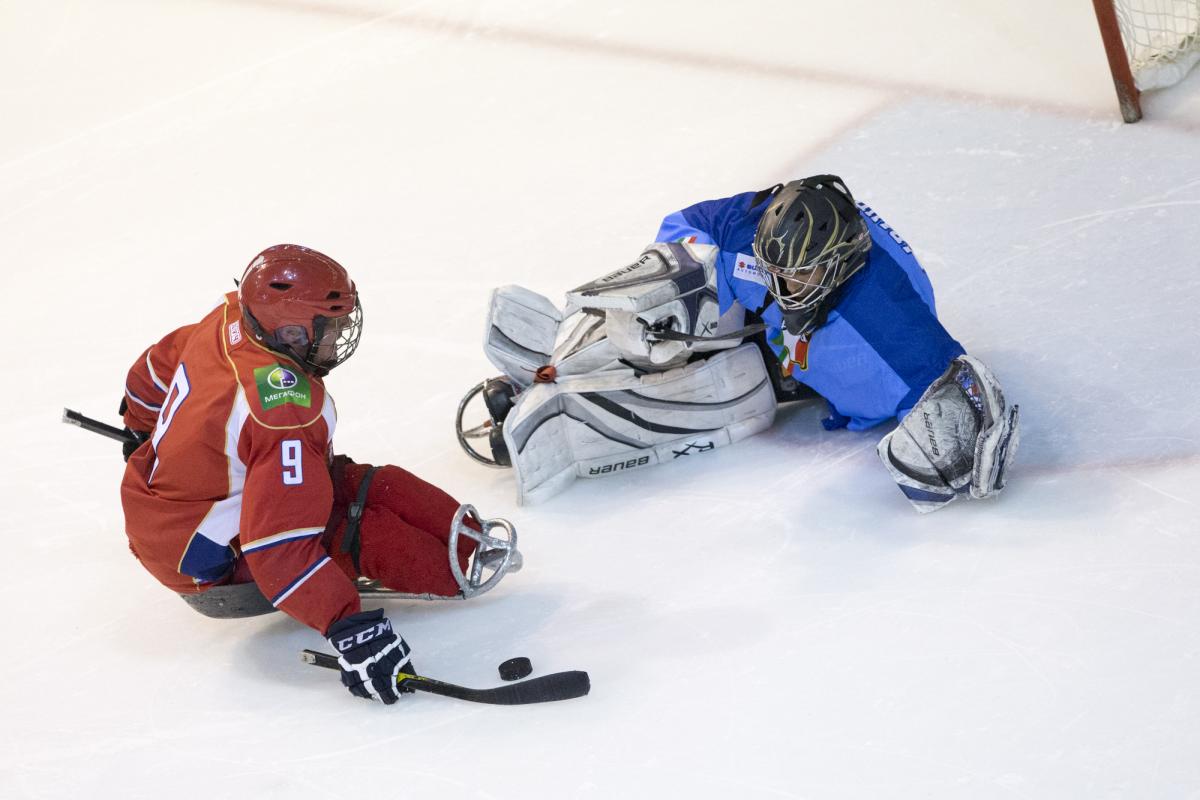 The performance, which concluded with a 3-1 win over European champions Italy, shows the Russians have carried their form from the Winter Paralympics into the new season, which includes the 2015 IPC Ice Sledge Hockey World Championships A-Pool in Buffalo, New York, USA, between 24 April - 2 May.

At the forefront of their efforts was star-player Dmitry Lisov with four goals and four assists, who topped the player rankings for the competition. The Russians scored 14 goals and conceded only two, leaving with 11 points overall.

Norway’s efforts were dampened early on after suffering a crushing 6-0 loss to Russia in the very first game of the tournament on Tuesday (4 November).

The 2004 world champions agonisingly lost out again to the Russians 1-0 in an overtime defeat on Friday (7 November), but managed to steal second place with four points thanks to a 2-1 win over the hosts on Saturday (8 November).

Italy, as well as losing out to the Norwegians by just one point to finish third, were left reeling from an injury to key player Gianluigi Rosa. Rosa was caught in a clash between two sledges during his team’s 2-0 win over Norway on Saturday and was taken to hospital.

According to the Italian sledge hockey team’s Facebook page he will be out for two months, but is expected be back on the ice in time for Buffalo 2015.

Greg Leperdi was the best performer for his country, finding the back of the net once and assisting with three goals.

Note to the editor: Torino 2014 was not part of the 2014 IPC Ice Sledge Hockey World Series.