After already collecting two silver medals at Rio 2016, Abdulla Sultan Alaryani is chasing gold on the final day of shooting. 14 Sep 2016 By Jake Smith | For the IPC

The final day of competition at the Olympic Shooting Centre in Deodoro will showcase a 75-strong collection of rifle and pistol shooters who are all ready to do business. The 50m range will get a work out with R6 (mixed 50m rifle prone SH1) and P4 (mixed 50m pistol standing SH1) wrapping up the competition.

The R6 defending Paralympic champion, Abdulla Sultan Alaryani, has already collected silver in both R1 (men’s 10m air rifle standing SH1) and R7 (men’s 50m 3 positions standing SH1), but he is targeting a third medal at these Games and he’ll want it to be gold.

After missing out on a finals berth in R3 (mixed 10m air rifle prone SH1), Great Britain’s Matt Skelhon will have to put the slip-up behind him channel his R6 bronze medal effort from London instead. Skelhon is the reigning world champion and also the world record holder in this event, so you can expect to see him in the top eight.

Has Sweden’s Jonas Jacobsson left his best until last? The world will be watching as the Swede wheels to the firing line one last time before hanging up the rifle for good. Jacobsson is the most successful Paralympian of all-time, with a host of medals from every Games since his debut at the Arnhem 1980 Paralympics. Jacobsson has had a rough campaign in Rio, but he will aim for gold in R6 (mixed 50m rifle prone SH1) for his final farewell.

Rio bronze medallist Doron Shaziri has been Jacobsson’s main rival for the past two decades. The pair have gone head-to-head on numerous occasions, with Shaziri shadowing Jacobsson onto the Paralympic podium at each and every encounter. That was until Monday (12 September), when the Israeli finally got his moment in the limelight finishing third in the R8 (men’s 50m rifle 3 positions SH1) ahead of Jacobsson, who failed to make the final. Shaziri has won eight Paralympic medals, but none of them are gold. He is ranked No. 1 in the world and will be chasing his major moment of glory.

Iran’s Sareh Javanmardidodmani has been a key feature in pistol events over the past four years, taking gold at the 2014 Asian Para Games in Incheon, South Korea. The sharp shooter has already made history in Rio as the first female to win a shooting gold medal for Iran. As the P4 world record holder, Javanmardidodmani will be looking to add the P4 Paralympic crown to her collection.

China’s Chao Yang won gold in P1 (men’s 10m air pistol standing SH1) on the second day of competition (9 September), and will be rested heading into P4. With a gold medal under his belt, he will be full of confidence and one to watch.

Reigning world champion Cevat Karagol of Turkey has been inconsistent in P4 but could pull it all together when it matters most.

South Korea’s Chul Park will be looking to continue his country’s success in this event with a third consecutive gold. Park only took up the sport four years ago, but has shown his strength in the P4 event, taking two World Cup golds in 2015. 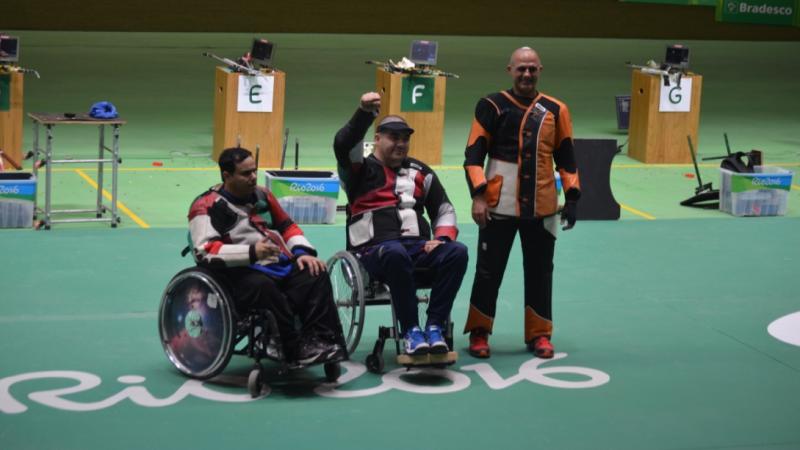 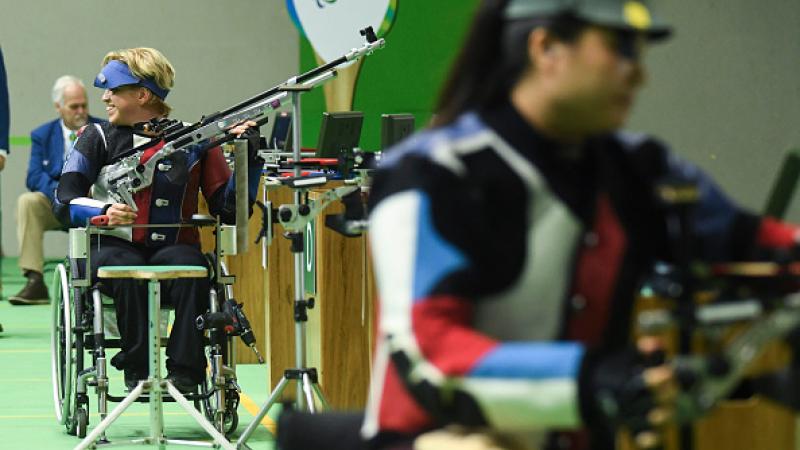 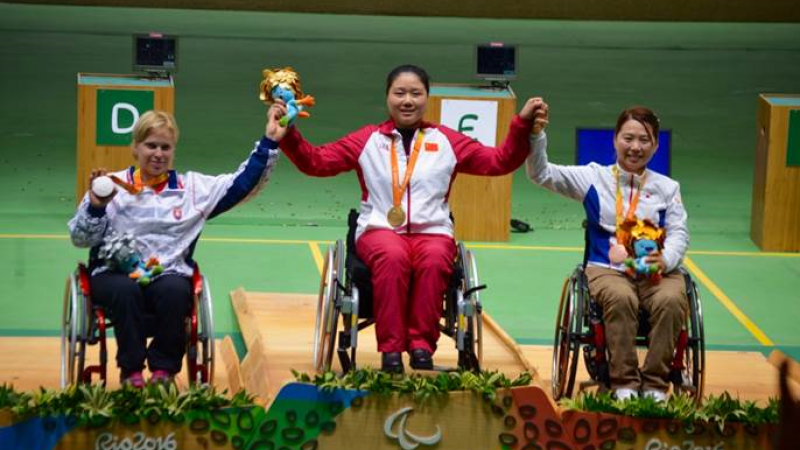