Skolbekken and the feeling of scoring a first goal

'I got a little bit of a shock,' Norwegian player recalls following his first World Championships since joining Para ice hockey 13 Jul 2021
Imagen 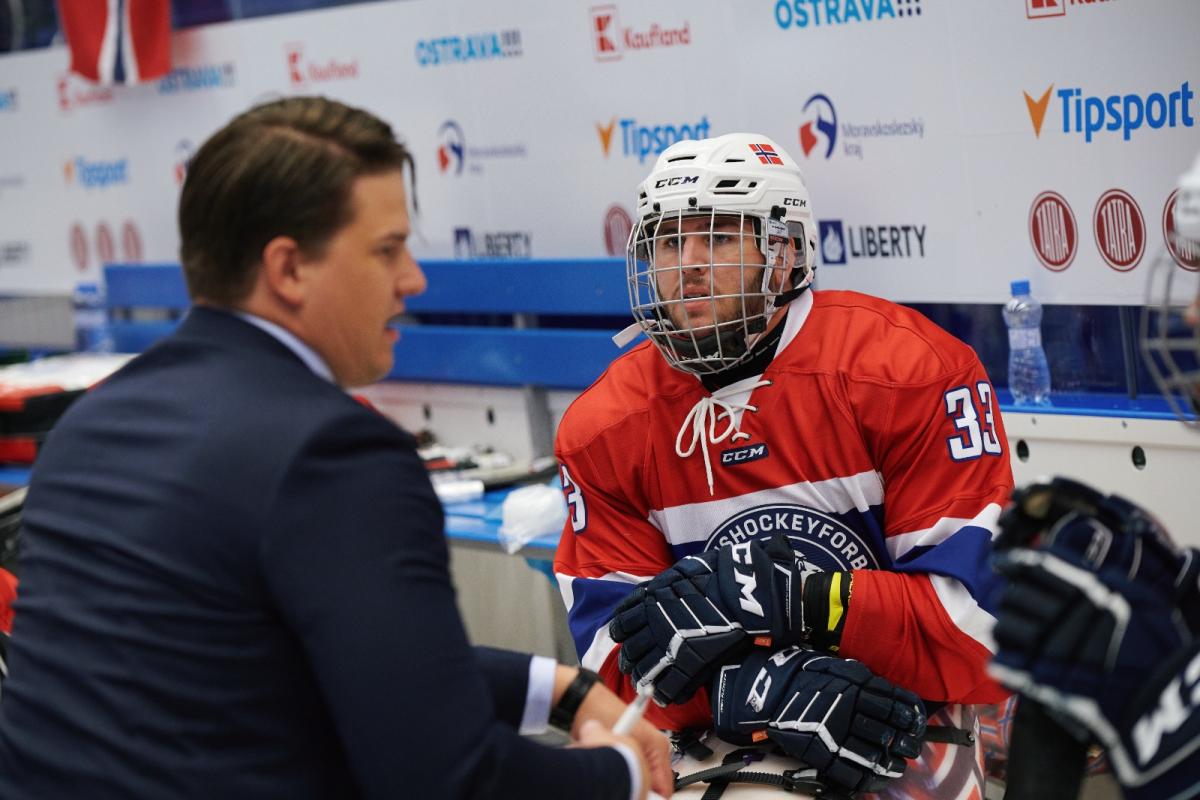 He almost could not believe it. He had only been on the national team for only one season.

And it was his only shot on goal at the tournament – and it went in.

“My first World Championships was a massive experience for me personally. I didn’t have any idea of what I was going to be a part of or how the level of the other nations would be,” he said.

“When I scored my first goal in my first match, I got a little bit of a shock. It was a really great feeling to score for my nation in a World Championships,” Skolbekken added.

The Norwegian scored the 2-1 lead in his country's 3-2 victory over Slovakia in their second game at Ostrava 2021.

From football to hockey

Skolbekken had previously been a football player in Norway’s third division before a ground-shaking accident changed his life.

Back in 2017, he was on vacation in the Greek Island of Kos, and while he was out at an outdoor restaurant with five friends suddenly felt the ground moving beneath him.

What happened next was unthinkable and left him screaming in pain.

“Suddenly we could hear a loud noise and the ground started to moving,” Skolbekken said.

“We realised it was an earthquake. We tried to run away from the building we were next to. Then I fell to the ground and when I became myself again, I saw that my left leg was cut of under the knee, and my right ankle was cut in half and broken because the roof of the building had fallen down over me. One of my friends stopped the bleeding with his T-shirt and belt. I was then transported on a table by people in the street to a hospital.”

Skolbekken survived the earthquake, waking up 30 hours later as a double-amputee, but it was tough to go back to his job as a football player and car salesman. He desperately missed the atmosphere of being part of a team, and that’s when he found Para ice hockey.

He first took up Para ice hockey in 2018 but did not start with the national team until 2020, as he put his life on hold for a year when his father was diagnosed with brain cancer.

Now a committed member of Norway’s national team – giving the programme a burst of youth as a 26-year-old forward – Skolbekken is not ready to rest on his laurels.

Norway finished sixth at the World Championships and will have one last chance to earn a spot at the Beijing 2022 Winter Paralympics at the Paralympic Qualification Tournament later this year.

“I am now a full-time athlete and Para ice hockey is my No. 1 priority,” he said. “The next thing for Norway is to try to qualify for the Paralympics. That’s our big goal.”

Full stats, results and highlights from Ostrava 2021 are available here.