Sledge teams to get final Sochi 2014 chance in Torino 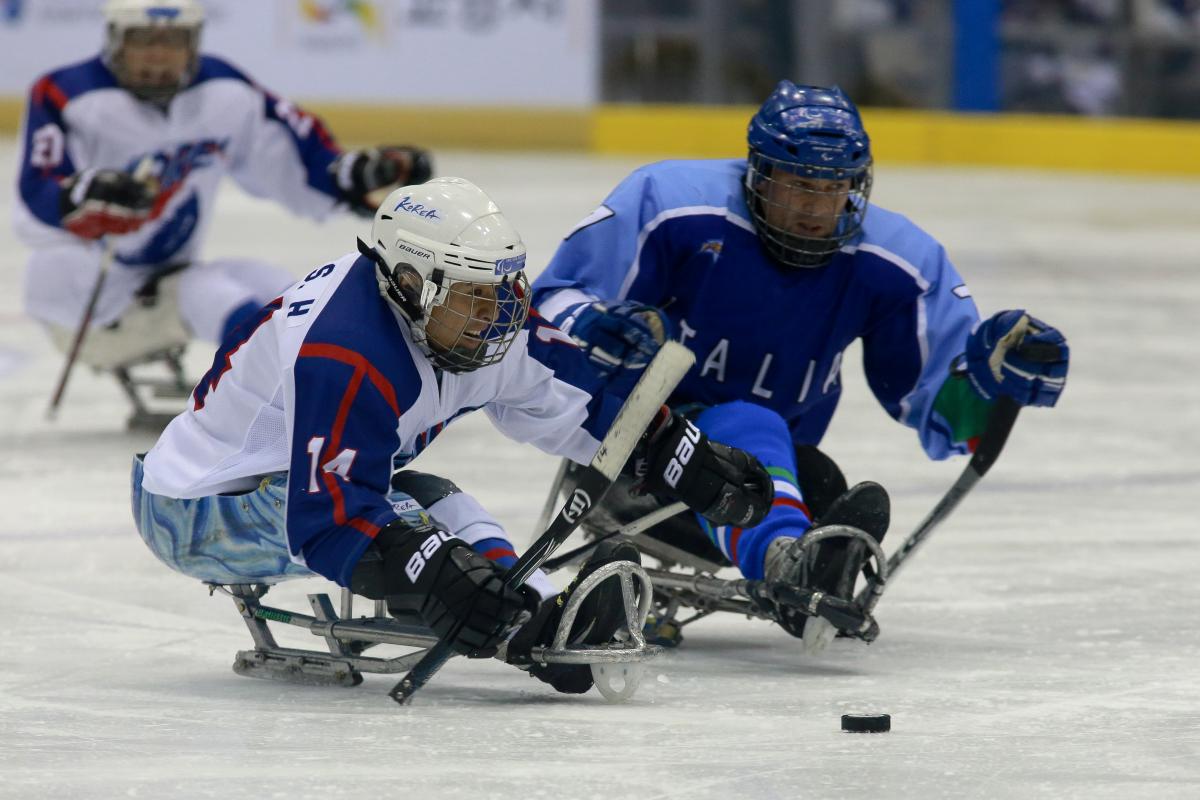 Italy and Korea both took part in the 2013 IPC Ice Sledge Hockey World Championships A-Pool, where they finished fifth and sixth, respectively.

The tournament will be the sport’s largest and most significant event prior to the Sochi 2014 Paralympic Winter Games, as it will be the final opportunity for six ice sledge hockey teams – Great Britain, Germany, Italy, Japan, Korea and Sweden – to earn a chance to compete in Sochi.

Keith Blase, IPC Ice Sledge Hockey Sport Technical Committee Chairman, said: “In the lead-up to the Sochi 2014 Paralympic Winter Games, Torino will host six ice sledge hockey teams fighting to make the sport’s top international stage. Without a doubt all of them will come to Torino hungry to earn a Sochi spot and have the last three years of their training pay off.”

Earlier this year, Canada, USA, Russia, Czech Republic and Norway all qualified for Sochi 2014 by finishing within the top five at the 2013 IPC Ice Sledge Hockey World Championships A-Pool in Goyang, Korea.

Host nation Italy, led by forward Florian Planker and veteran Greg Leperdi, just missed out on a direct qualification spot in Goyang, where they finished sixth.

Seung-Hwan Jung and Per Kasperi will hope to lead Korea and Sweden, respectively, in Torino after the teams left the World Championships A-Pool with seventh and eighth-place finishes.

Sweden, the country where the sledge was originally designed, has participated in every Paralympic Winter Games ice sledge hockey tournament thus far and do not want to break their streak.

Germany will enter the Qualification Tournament on a wave of momentum, having won March’s World Championships B-Pool in Nagano, Japan, beating the host nation for the title. Japan are eager to fight back for a Sochi spot, and have high expectations after winning a surprise silver medal at the last Paralympic Winter Games in Vancouver in 2010.

The last time Great Britain participated in ice sledge hockey at the Paralympics, meanwhile, was when they finished in seventh place in Torino back in 2006, and they would love nothing more than to return to the city for redemption and earn a Sochi spot.

Giancarlo Bolognini, President of the Italian Federation of Ice Sports, said: “I would like to extend a warm welcome to all athletes, coaches, staff and supporters of the six national ice sledge hockey teams that will take part in the Qualification Tournament. It is a big honour for us to host an event as prestigious as this in Torino.

“Despite it having been more than seven years ago, we still remember the magnificent Olympic and Paralympic Winter Games which were held here in Piedmont and the city of Torino in March 2006. Torino is again ready to welcome the Paralympic Family with its immense historical and artistic heritage and its excellent sporting facilities.”

Torino became known worldwide after hosting the 2006 Winter Games, which drew nearly 500 athletes from 38 countries across five different sports. There were 169,974 tickets sold for those Games, with the ice sledge hockey final selling out. Canada defeated Norway, 3-1, to win ice sledge hockey gold in that game.