To mark 500 days until the next Paralympic Winter Games, the Sochi Organising Committee revealed its unique interactive internet project to help people with a disability. 23 Oct 2012
Imagen 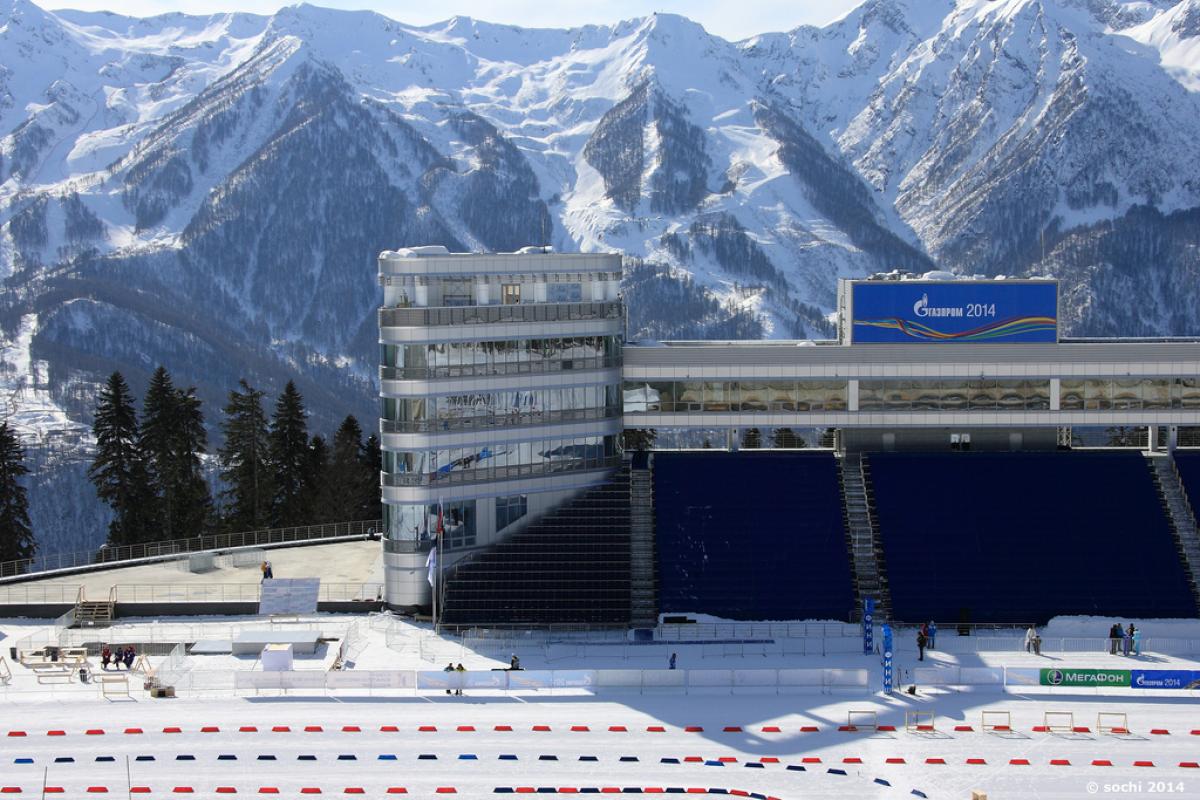 "Our efforts in passionately promoting the Paralympic values will help to remove the ‘barriers’ in society towards people with a disability forever."

To mark 500 days to go until Russia’s first Paralympic Winter Games, the Sochi 2014 Organising Committee launched an accessibility map for the country on Tuesday (23 October) in addition to other happenings surrounding the Games.

Sochi 2014 volunteers have already located and placed 500 accessible venues from dozens of Russian cities on the map, and Sochi became the heart of the celebrations this week with the opening of an Equal Opportunities Park and with an outstanding "Class Mira" theatre musical. Paralympic lessons across the entire country also marked the launch of the Sochi 2014 Paralympic Education School Programme.

“I am sure that the high accessibility standards that will have been set in the Olympic region by 2014 will be needed in other cities across the whole country," Sochi 2014 President Dmitry Chernyshenko said.

"Our efforts in passionately promoting the Paralympic values will help to remove the ‘barriers’ in society towards people with a disability forever."

The accessibility map (www.kartadostupnosti.ru) is a unique interactive internet project that has been launched by the Sochi 2014 Organising Committee with the support of the International Paralympic Committee (IPC).

The new accessibility map website was presented and demonstrated by Chernyshenko, General Secretary of Russia’s National Paralympic Committee, Mikhail Terentiev, and Sochi 2014 volunteers to the guests gathered at the Park this week via a big screen.

“The Accessibility Map is a completely unique project for Russia,” said Terentiev.

“Its uniqueness lies not only in it being the first interactive map of the sports venues for people with a disability, but also in the fact that it is created from and will be added by the data received from the residents of Russian cities. Every resident of Russia can contribute to the creation of a barrier-free Russia which will make it possible for people with disabilities to lead an independent lifestyle and to actively participate in the development of our society."

The volunteers together with the internet users will create on this website the complete list of barrier-free venues and infrastructure to make it easier for people with a disability to find places to play sport near to their home, sometimes for the very first time.

The Sochi 2014 volunteers from 26 volunteer centres all over the country have already found and put on the map the data on 500 barrier-free venues in their cities.

The website has been expressly developed to take accessibility requirements into account, allowing a user to switch to an alternative version for visually impaired users with just one click of a mouse.

“I am delighted that to mark 500 days to go until the Winter Games, Sochi 2014 is launching its innovative accessibility map,” IPC President Sir Philip Craven said.

“This project will help generate awareness across Russia of accessible facilities and is a project that, with the help and support of the IPC, could act as a blueprint for other countries to follow. Planning for the launch of this project started some time ago under the supervision of the IPC and I am pleased to see it come to fruition to mark 500 days to go.”

After the Paralympic Games, the project will be further developed, with the internet allowing the program to reach thousands of people online.

In the centre of Sochi, the Equal Opportunities Park was the heart of the celebration for 500 days to go. All visitors could speak with prominent Paralympic sportsmen and were able to try their hand at several Paralympic sports including ice sledge hockey, wheelchair curling, biathlon and basketball and had the chance to attempt to cross an obstacle course blindfolded.

The guests of the Park also got into the spirit of the Winter Games by ice skating, playing table hockey and taking photographs with the Paralympic champions and mascots of the Paralympic Games, the Ray of Light and the Snowflake.

The Park's guests of honour included Chernyshenko, Terentiev and the Mayor of Sochi, Anatoly Pakhomov.

The guests of the Equal Opportunities Park also watched a scene from the outstanding "Class Mira" theatre musical, which actively includes children with a disability and provides them with an opportunity to participate in leading theatrical performances.

The full premiere will take place in the Sochi Winter Theatre on 27 October as part of the Sochi 2014 Cultural Olympiad.

The star roles in this unique performance will be played by leading talents including Andrei Merzlikin, Artur Smolyaninov, Maria Golubkina and Ekaterina Volkova.

A Paralympic lesson took place for schoolchildren in the Equal Opportunities Park. The lesson was held by Terentiev and was entitled, "Sochi 2014 Our Champion."

To further celebrate 500 days to go, Paralympic lessons took place across the entire country, with the support of the Ministry of Education and Science of the Russian Federation, and marked the launch of the Sochi 2014 Paralympic Education School Program.

The Paralympic lessons throughout Russia were not only held by teachers, but also by Sochi 2014 volunteers who organized 500 lessons in different cities. Sochi 2014’s Official Supplier English First (EF) introduced all those taking lessons to their online language school, Englishtown, and gave out gift cards towards the study of English language.