Over the next nine days, 547 athletes from 45 countries will compete at the first Paralympic Winter Games ever held in Russia. 07 Mar 2014
Imagen 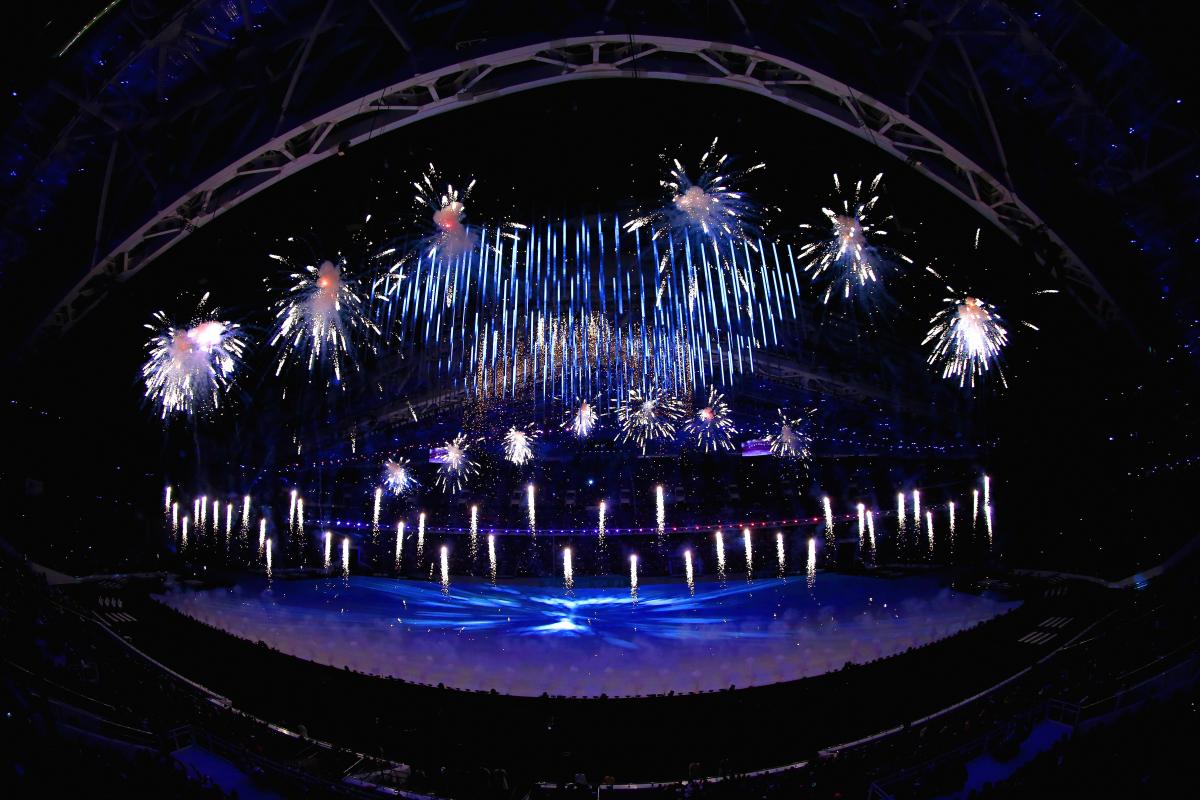 Fireworks go off to mark the beginning of the Opening Ceremony of the Sochi 2014 Paralympic Winter Games.

“Together you are the catalysts for change. United as one, you have the ability to change perceptions and alter attitudes like no other. You arrive here as the best prepared athletes ever to attend a Paralympic Winter Games. You will leave as role models, heroes, pioneers and most of all, Proud Paralympians.”

During his Opening Ceremony speech, IPC President Sir Philip Craven said: “Thirty-four years ago when the old Soviet Union declined the opportunity to stage the 1980 Paralympic Games in Moscow, the prospect of Russia staging its first Paralympic Games was nothing but a dream.

“But dreams do come true, and since winning the Games seven years ago, this part of Russia has undergone a monumental transformation. However, the biggest transformation for this country is still yet to come.

“In the same way that the city of Sochi has built a barrier free environment for athletes and officials to enjoy, I call upon all those who experience these Games to have barrier free minds, too.”

The Opening Ceremony began with 126 performers – dressed in red, white and blue – marching in perfectly synchronised formations to create dazzling patterns on the field of play and create a human wave of the Russian national flag.

The actual flag was then carried into the centre of the stadium by eight people who have been instrumental in improving the lives of people with an impairment in Russia. The Pan-Russian Choir sang a captivating a cappella version of the Russian national anthem.

Andree-Anne Gingras-Roy then played a glass organ that rose from underneath the stadium before 504 young ballerinas grace the stage to create patterns of snowflakes before forming the Paralympic Torch.

Athletes competing paraded through the central ramp of the stadium, with woodland magic creatures and spirit birds guiding them to their seating area.

Over the next nine days, these 547 athletes will compete for 72 sets of medals across five sports in what will be the first ever Paralympic Winter Games held in Russia.

With 55 countries broadcast the Sochi 2014 Paralympics and Paralympic.org live streaming more than 300 hours of HD coverage, the Games are expected to break all viewing records and top athletes will become household names around the world.

Sir Philip addressed the athletes, saying: “You have here superb sporting venues to express your amazing talents and live up to the Paralympic values of determination and courage, inspiration and equality.

“Together you are the catalysts for change. United as one, you have the ability to change perceptions and alter attitudes like no other.

“You arrive here as the best prepared athletes ever to attend a Paralympic Winter Games.

“You will leave as role models, heroes, pioneers and most of all, Proud Paralympians.”

Dmitriy Chernyshenko, President and CEO of the Sochi 2014 Organising Committee, said: “Thanks to the Paralympic Games, a new era in the history of Russia has begun, one without barriers and stereotypes. The Paralympic Games have changed us; they have changed our attitude to those close to us and ourselves. Together, we are learning to be more considerate and attentive to each other.”

After the Paralympic Flag entered the stadium and the Paralympic Agitos was created by 126 performers, the Athletes’ Oath was taken by Russian world champion alpine skier Valeriy Redkozubov, the Officials’ Oath by skiing judge Elena Mokerova and the Coaches’ Oath by Russian alpine skiing head coach Alexander Nazarov.

Pop singer Yulia Samoylova entertained the crowd with their stunning vocals later on in the evening, as 300 ice fisherman painted patterns across the stage. IPC Honorary Board member and opera singer Maria Guleghina sang to the audience on a giant ship as passed through the entire stadium, signifying breaking down barriers and tracing new paths for mankind.

The Ceremony culminated with a cast of more than 1,000 torchbearers celebrating the arrival of the Paralympic Torch in the stadium before it was lit by Vladykina and Shilov, and a spectacular fireworks display erupted across the Olympic Park.