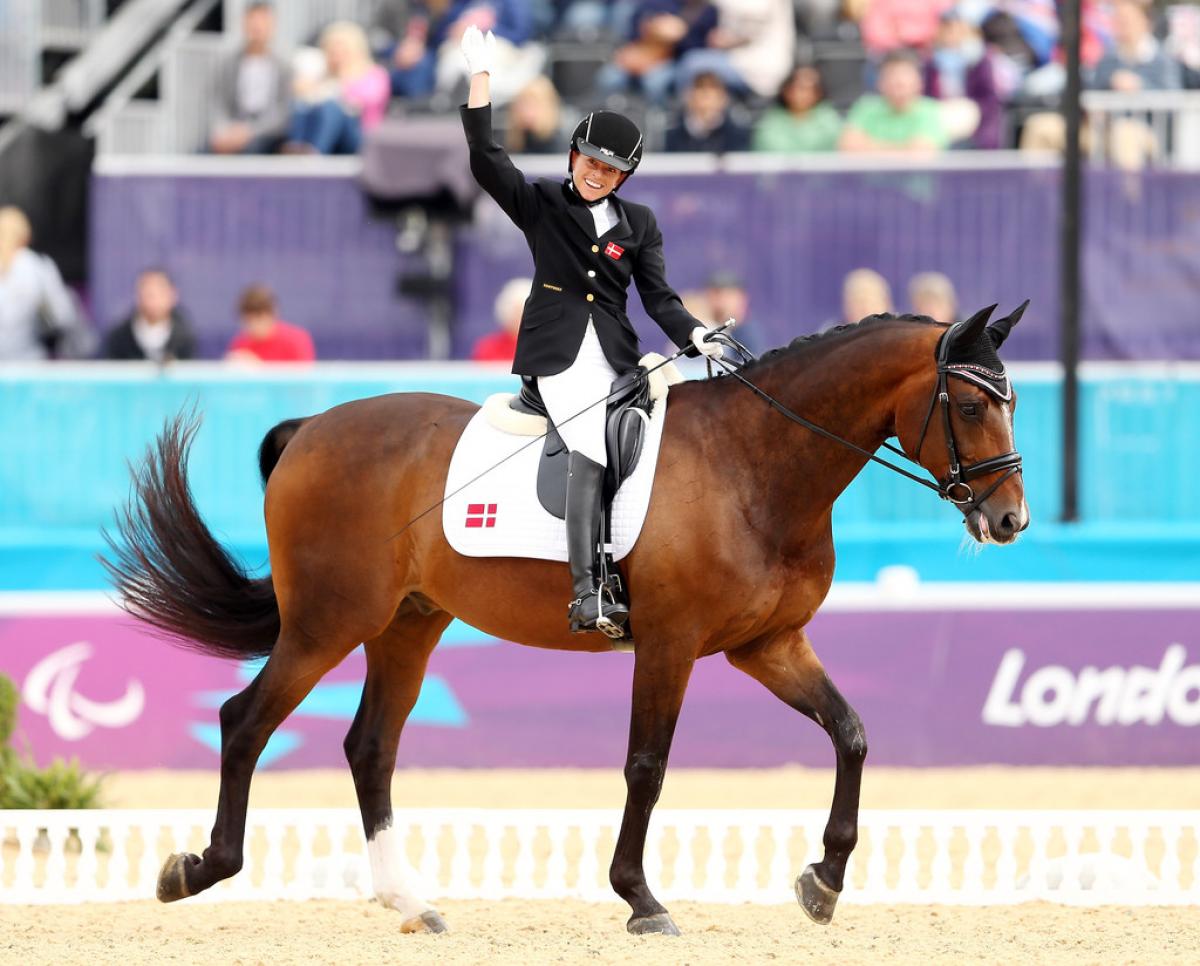 The Para equestrian competition at the 2020 Paralympic Games will take place 26-30 August at the Equestrian Park in Tokyo, Japan.

1. Atlanta 1996 saw 61 riders from 16 countries compete for eight individual and team medals. Great Britain topped the medals table with three golds, two silvers and a bronze, followed by the USA and Norway. The Brits have dominated every Games since. 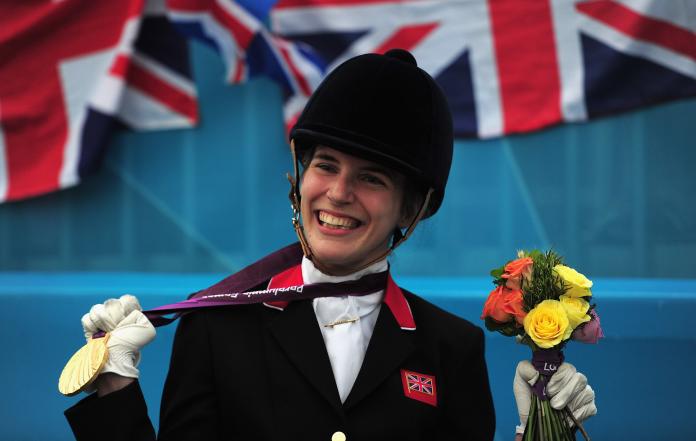 2.  Athletes did not ride on their own horses until the Athens Games in 2004 (photo below). As the sport developed from therapy riding, few competitors owned their own horses and so used borrowed ones for the Atlanta 1996 and Sydney 2000 Games. 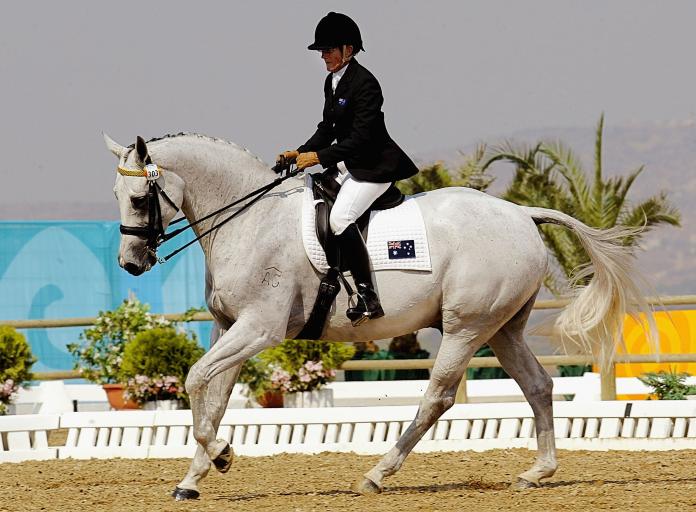 3.  There are five grades in the sport, with riders divided depending upon the nature and extent of their impairment. All athletes compete together including the physically impaired and vision impaired, and men and women. The level of difficulty of the test they perform is relative to their allocated grade.

4. Grades I to III ride in the smaller dressage arena (20m x 40m) while grades IV and V ride in the larger (20m x 60m) one, which matches the one used in Olympic dressage. Para riders compete for two individual medals per grade and an overall team medal. 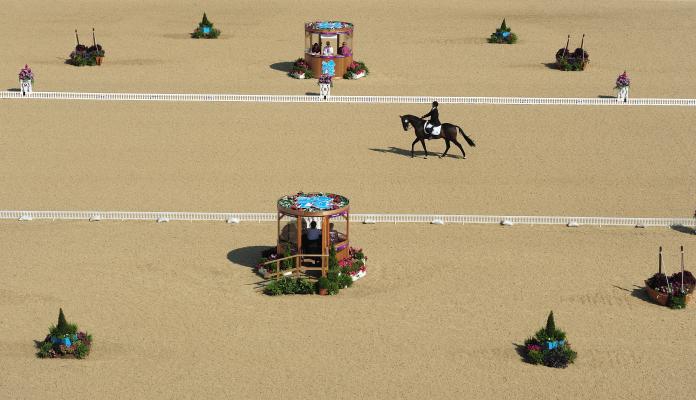 5.  Each rider performs a test, and there are three tests in a competition. The team and individual tests see riders carry out a prescribed series of movements, while in the freestyle riders can choreograph their own routines, incorporating a set number of ‘must have’ movements. Grade I riders perform their tests at walk pace. Grade II riders can walk and trot, while grades III and above can walk, trot and canter (although grade III can canter only in the freestyle).

6. Judges are looking at the movement of the horse only, not the rider. They judge against set criteria known as scales of training. These cover rhythm, suppleness, contact (between horse and rider), impulsion (the flow of forward movement from the horse’s hind quarters), straightness (the alignment of the horse’s feet) and collection (the balance of the horse and rider). Judges sit at set points around the arena and score out of 10 for the prescribed movements the horse makes during the test, which normally lasts between four and five minutes.

7.  Should he qualify, Norway’s Jens Lasse Dokkan, the current grade I European champion, will be the only rider to have competed at every Paralympic Games since the sport was introduced. 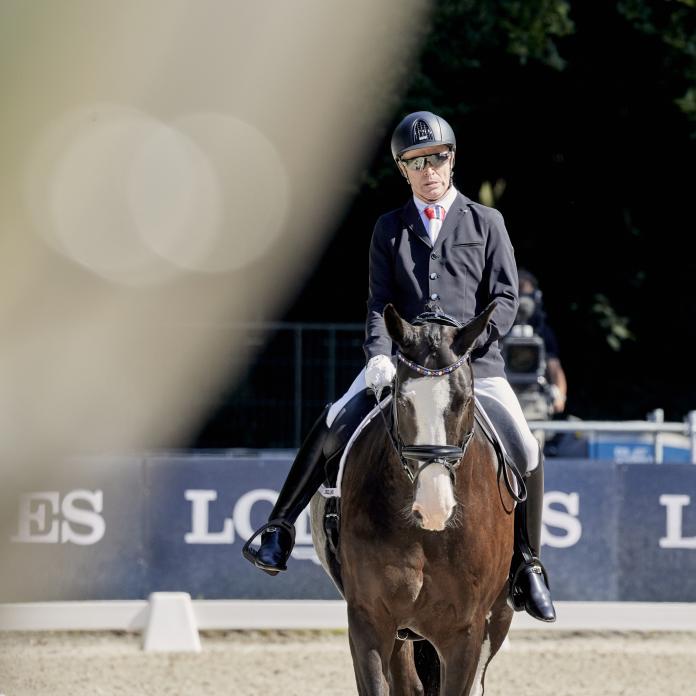 9. To help manage their impairments, riders can use a wide range of compensating aids including adapted saddles, reins, stirrups and boots. Vision impaired riders also make use of a caller – someone who calls out the arena’s positioning letters to help the rider know where they are.