Sport Week: Ones to watch for wheelchair rugby 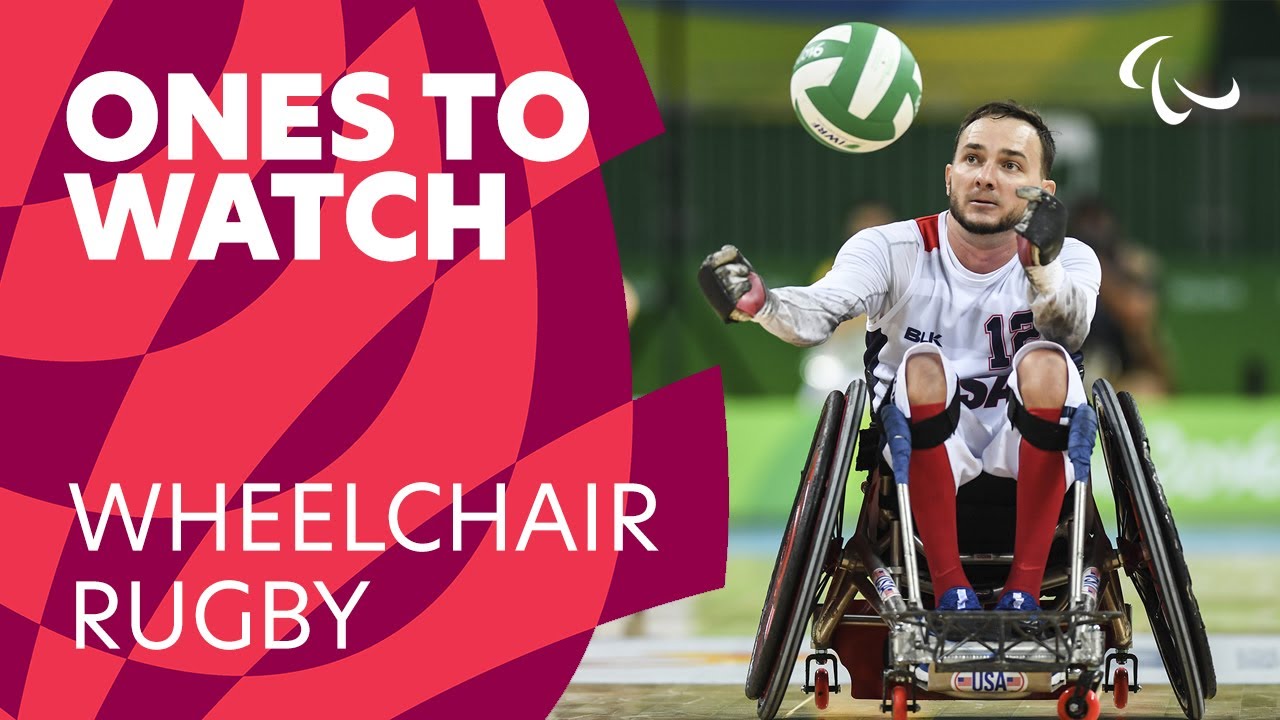 The world's best wheelchair rugby players will take centre stage as the Tokyo 2020 Paralympic competition is held at the Yoyogi National Stadium from 25-29 August. Check out who they are.

Kae Kurahashi was the first female player to represent Japan in wheelchair rugby and was a key member of the team which won Worlds gold for the first time in the nation’s history in 2018.

The addition of Kurahashi has been instrumental in Japan’s rise in wheelchair rugby.

Kurahashi is essentially a free player on court as she is classified as 0.5 points, but counts as zero due to a 0.5 reduction for all female players.

She played a huge defensive role in the gold medal game against reigning world and Paralympic champions Australia at the 2018 World Championships in Sydney, when she shut down key player Chris Bond in the final moments as Japan scored a memorable 62-61 victory. 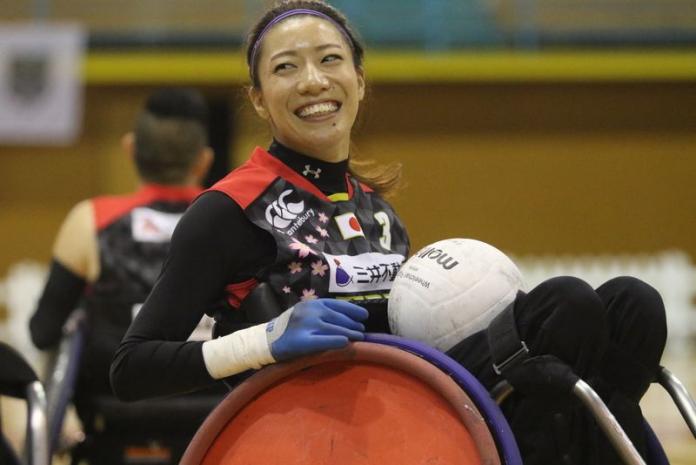 As Japan’s key attacking option, Yukinobu Ike continues to get better with age.

The 3.0-classified athlete causes plenty of headaches for opposition defences with his speed and reach.

He featured in Japan’s first medal-winning team in wheelchair rugby at a Paralympic Games when he captained the side to the bronze medal at Rio 2016 and was a huge factor in Japan winning their first ever World Championship in 2018. 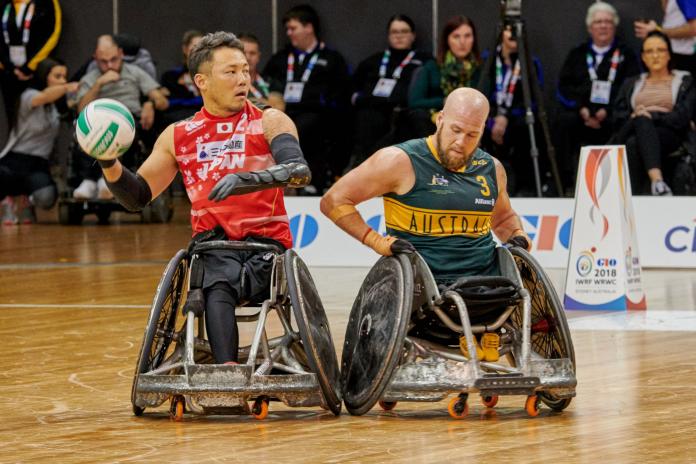 The Brit is a dual-sport double Paralympian from London 2012 and Rio 2016.

She took up wheelchair rugby in 2010 and was called up to the national team one year later. She represented her country at the 2012 Paralympics on home soil, where the British squad ended fifth in the sport.

Grimes then switched to Para athletics, finishing fourth in the women's club throw F51 at Rio 2016.

She returned to wheelchair rugby afterwards, helping the British team become European champions in Denmark in 2018. 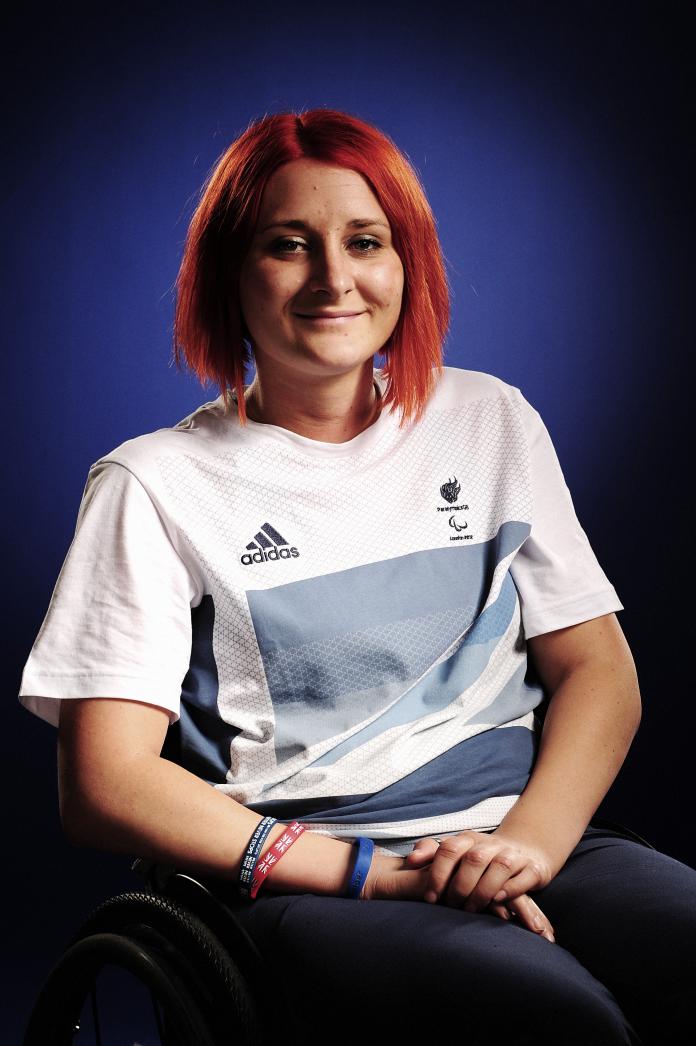 Considered by many as the world’s best player, the powerful Australian has very few weaknesses.

Tokyo 2020 will be his fifth Paralympics and he will look to lead his country to a third straight gold medal, a feat that is yet to be achieved at the Games in wheelchair rugby.

The Rio 2016 gold medal match against the USA will go down as one of the greatest in Games history, with Batt making some unbelievable plays as Australia won a double-overtime thriller, 59-58.

He was at his devastating best as Australia was crowned world champions for the first time in 2014 in Odense, Denmark, but was unable to lead the side to back-to-back victories in 2018 as Japan broke through for its first Worlds triumph, 62-61 on Australian soil.

While he has always been a power scorer, Batt’s defensive capabilities have improved throughout his career with an amazing ability to close down players and force turnovers when his team needs it the most. 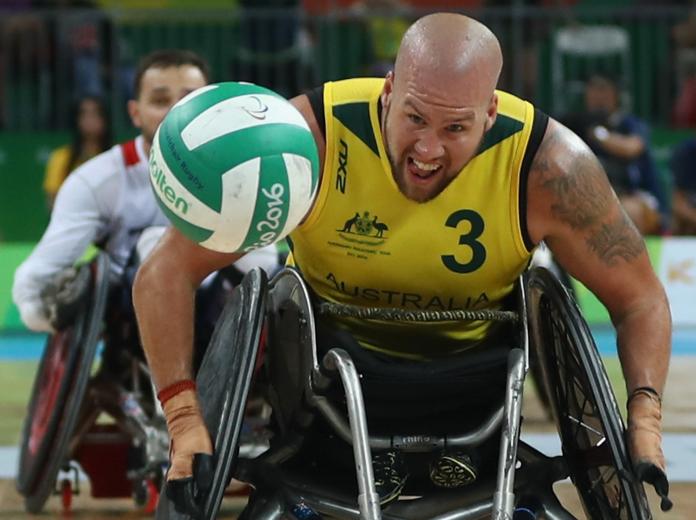 One of the unsung heroes of an incredibly successful Australian team, Andrew Edmonson has become one of the world’s most consistent mid-point players.

Was called upon at crucial stages throughout his Paralympic debut at Rio 2016 as Australia defeated USA in double overtime to secure back to back gold medals.

Australia have traditionally used a high-low lineup with two 3.5 athletes and two 0.5 athletes, but the addition of Edmonson allows the Steelers to use different combinations if it is not working.

Edmondson was always destined for a career in sport, having accepted a scholarship to play rugby union at an elite Sydney private school before he broke his neck while bodysurfing at the age of 13.

A video on wheelchair rugby was shown to him during his rehab and he became interested in the sport and pursued it from there, making his debut for the national team in 2014. 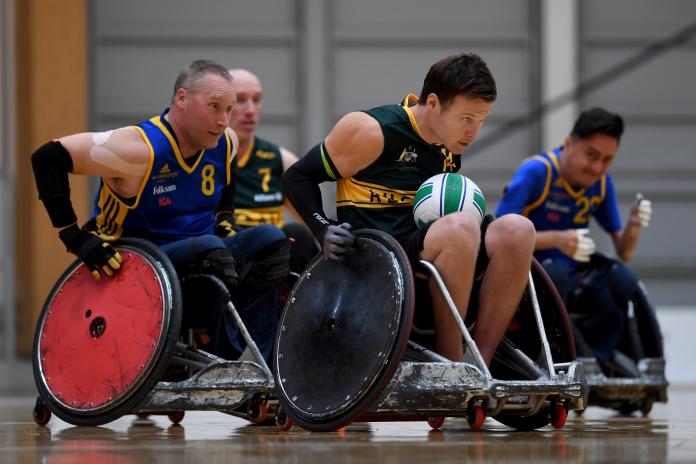 The addition of Mark Peters added a spark to the Danish team and was a big reason why they qualified for the Paralympics for the first time in wheelchair rugby.

Peters, a former Corporal in the Danish army, came into contention for the national team after starring at the Invictus Games as captain of Denmark.

The 3.5-classified player has incredible speed up and down the court and his strength to maintain possession or win the ball back for the team through brute force is a major advantage for the Danes.

Peters played his best game for Denmark in the semi-finals of the 2019 European Championships in Vejle, as the host nation defeated France 53-49 to guarantee a top two finish and a place at Tokyo 2020. 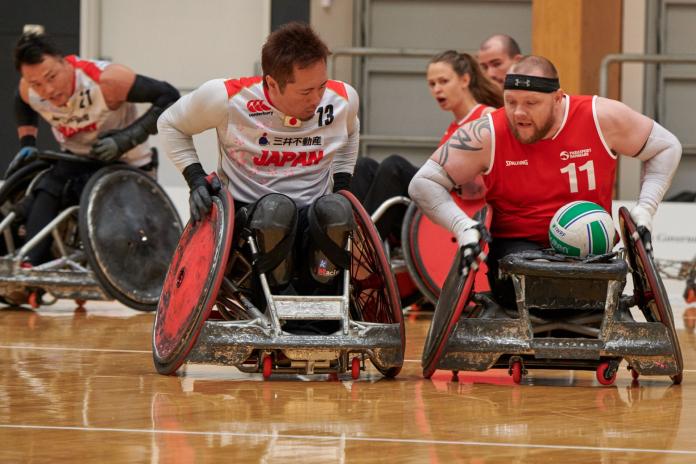 Cedric Nankin continues to take the wheelchair rugby world by storm and has stamped himself as the best 1.5 player in the world.

Nankin helped France qualify for Tokyo 2020 in the last qualifier in Canada, where they finished with a 6-1 record.

A meeting with French wheelchair rugby veteran Ryadh Sallem prompted Nankin to try the sport at club level and he quickly made an impact with national selectors.

The “machine” of the French wheelchair rugby team is the nightmare of opposing attackers, as they find it difficult to find a way past the defensive specialist. 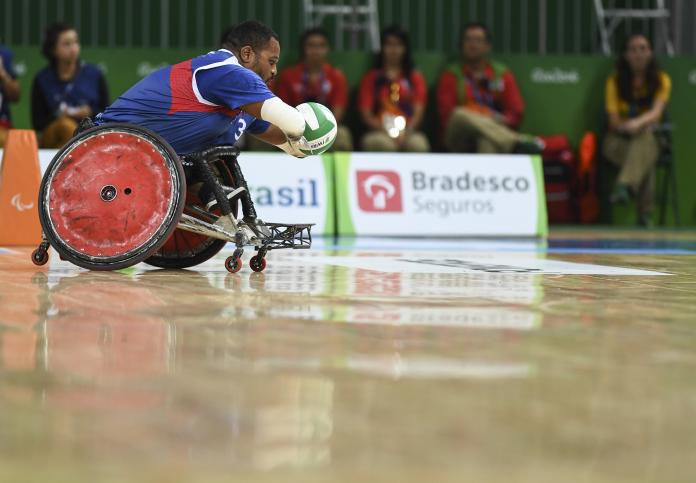 People outside the world of wheelchair rugby may not know much about Johnny Coggan, but he has certainly created plenty of headaches for the world’s best attacking players.

Despite carrying the lowest classification on court of 0.5, Coggan’s ability to defensively position himself on the court makes life difficult for the opposition to get through.

Coggan featured in the All-Tournament Team as the best 0.5 player at the 2018 World Championships, and achieved the same feat at the 2015 European Championships in Pajulahti, Finland.

He will play a key role as Great Britain look to win their first Paralympic medal in wheelchair rugby at Tokyo 2020. 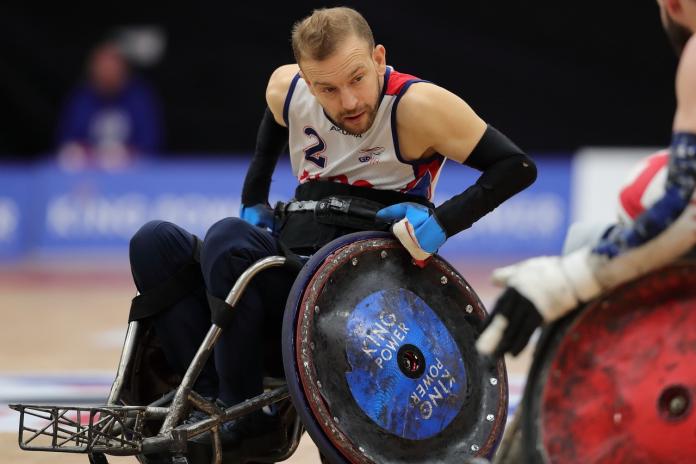 Chad Cohn is an asset for the USA wheelchair rugby team with his ability to get himself in the perfect positions on court.

The 1.0 classified athlete’s game is focused on defence, but he can be called upon as an outlet in offence if the higher point athletes have been caught in picks by the opposition.

He has impressive speed for a player of his classification.

Cohn’s Paralympic debut came at the London Games, where the USA won bronze. He also featured in what was described by many as the best ever game of wheelchair rugby in the gold medal match at Rio 2016, which USA lost in double overtime to Australia.

He is said to be a real student of the game, working out regularly on his own, reading about the game, and when he goes to tournaments, he spends every minute when he is not playing watching other teams, studying other players' moves. 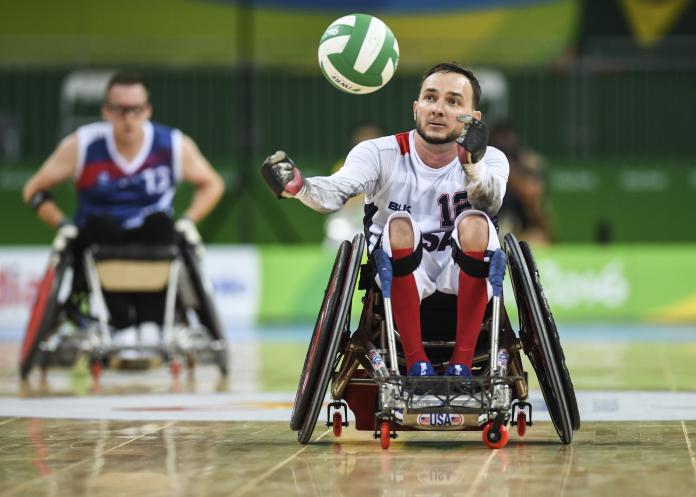 Patrice Dagenais is the co-captain of Canada and known for his hard-work and smarts on the court, primarily in defence.

Like many members of the Canada team, Dagenais comes from a strong hockey background, so he is not worried about absorbing contact.

Dagenais made his way into the national team in 2012 and featured in Canada’s journey to the gold medal match where they were beaten by Australia.

He tasted gold for the first time at a major tournament when Canada upset arch rivals USA at the 2015 Parapan American Games on home soil in Toronto, to qualify for Rio 2016. But it did not go to plan as Canada missed the medals for the first time since Sydney 2000 with a loss to Japan in the battle for bronze.

Off the court, Dagenais actively gives back to the community and often visits schools and rehabilitation centres as a motivational speaker and advocate for athletes with a disability. 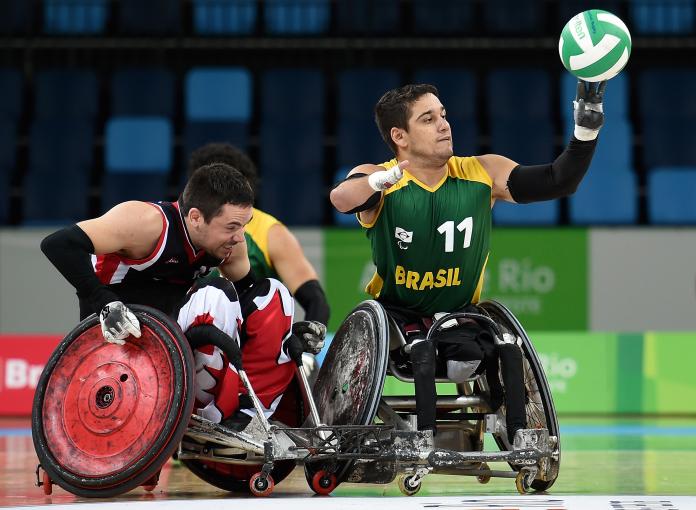 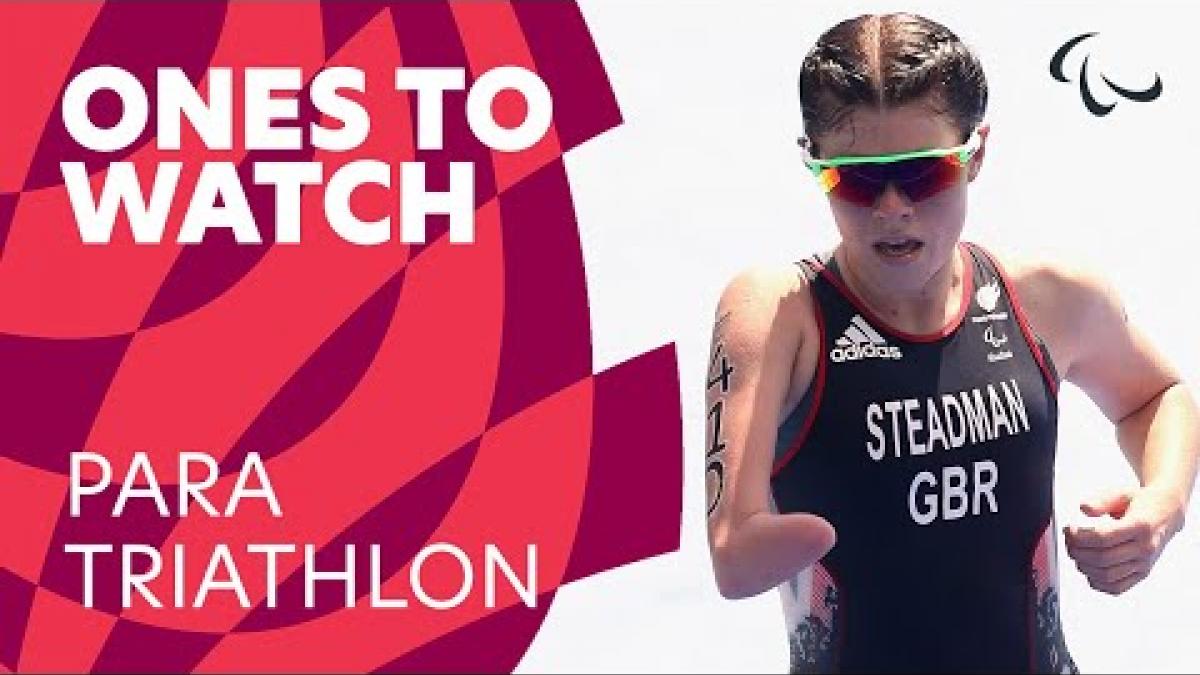 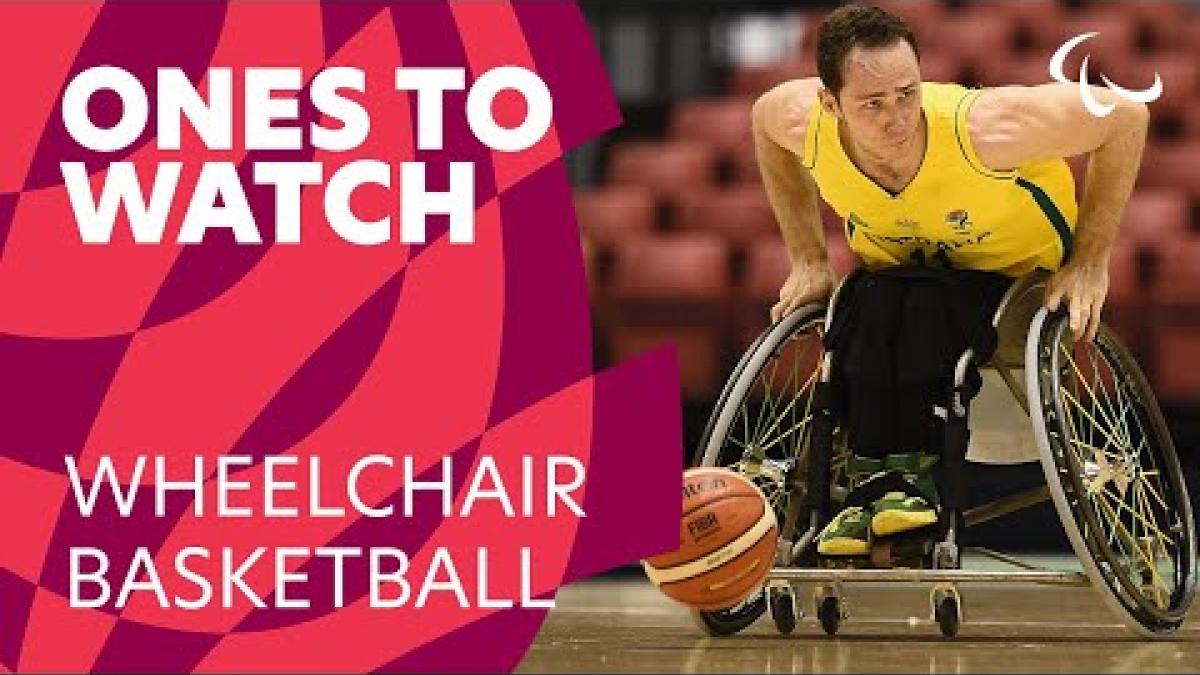 Tokyo 2020
Ones to watch for wheelchair basketball