Sport Week: Sitting volleyball ones to watch at Rio

Keep tabs on these four athletes expected to help their teams to gold in September’s Paralympic Games. 16 Apr 2016
Imagen 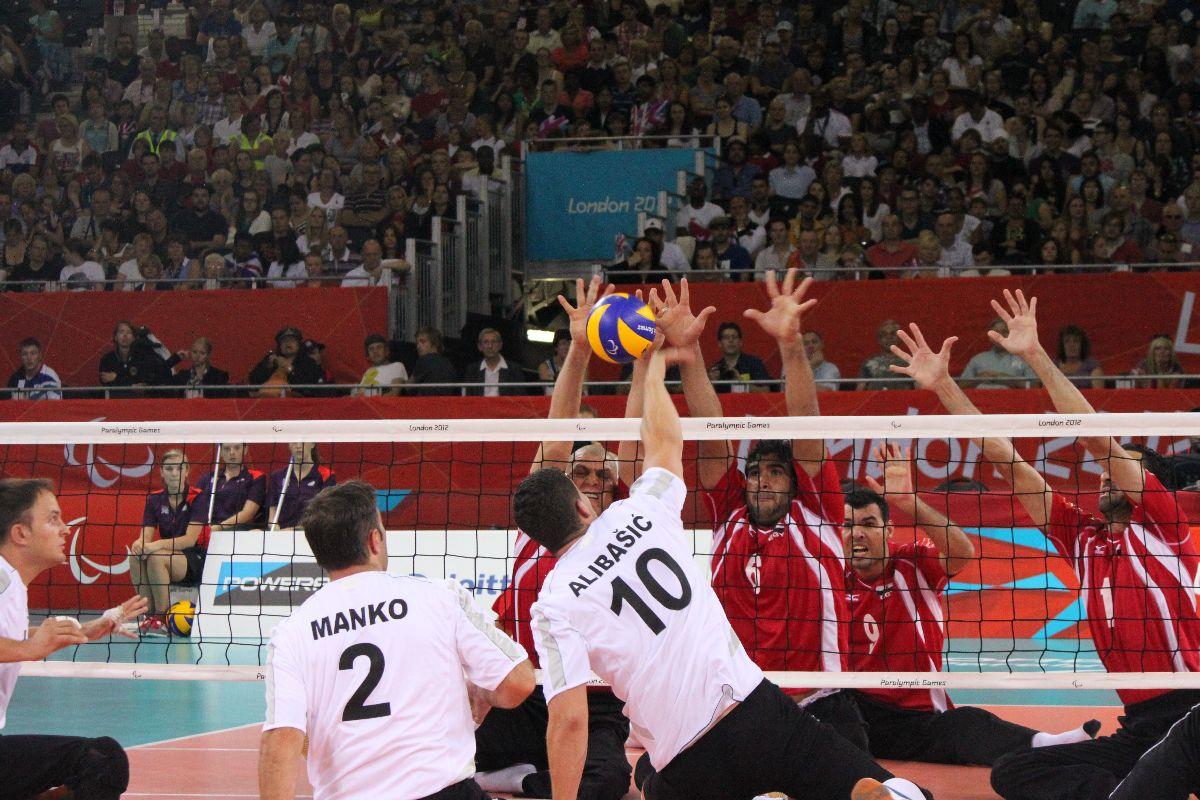 On the men’s side, Iran and Bosnia and Herzegovina are expected to battle for the gold medal. But Brazil might be able to spoil the party for one. For the women’s sitting volleyball side, the USA had four years to come back for redemption against China, who captured gold in London 2012.

Here are five athletes expected to help those teams contend for Paralympic glory.

Two-time Paralympic silver medallist, Holloway is the face of the USA’s sitting volleyball programme who will be aiming for gold at Rio 2016, her third Paralympic Games.

Described by her coach as “an all-round player,” Holloway was the USA’s leading scorer at Beijing 2008 as her side finished with silver behind hosts China. In London 2012, she was named Best Spiker as the USA had to settle for silver, with China again taking the Paralympic title.

The battle for gold at Rio 2016 appears to be a two-horse race between China and USA, especially after they finished with gold and silver respectively at the 2014 World Championships.

The three-time Paralympic gold medallist has long been considered the “soul” of the Chinese sitting volleyball team. Known for her ferocious spikes, Sheng has helped China dominate international play. The nation has won every Paralympic gold medal since the women’s competition was added in Athens 2004. Now in the twilight of her career, Sheng was part of the team that won the 2014 world title and is expected to again lead the team to their fourth Paralympic gold in Rio.

Iran have made it to back-to-back sitting volleyball finals at the Paralympic Games in large part to the efforts of Hajikolaei. A gold medallist at Beijing 2008, Hajikolaei, took home silver in London after his squad lost in the finals to rivals Bosnia and Herzegovina.

Considered one of the best liberos, Hajikolaei was named Best Receiver at both the Paralympics in London and Best Defender at the Intercontinental Cup in Cairo, Egypt. He will look to help his team reclaim their winning ways after their runner-up finish four years ago.

Bosnia and Herzegovina were able to continue their momentum from London to win the 2013 European Championships – where Alibasic was named the Best Spiker of the tournament – and also the 2015 Euros.

Silva has an excellent all-round game and is consistently close to the top of the rankings for spikes and blocks after a major tournament. He made his Paralympic debut at London 2012 as Brazil finished fifth in the final rankings. Arguably he and his side’s best achievement to date is the silver medal they won at the 2014 World Championships in Poland, which included a semi-final win over much fancied Iran. At the 2016 World ParaVolley Intercontinental Championships in March the two sides met again, still with Iran triumphing over Brazil in the qualified teams gold-medal match.

A dominant force in the Americas region – winning gold in the Toronto 2015 Parapan American Games, where Platini amassed 33 spikes, 21 blocks and 11 serves – Brazil will have the home crowd motivating them onto the podium in September’s Games.