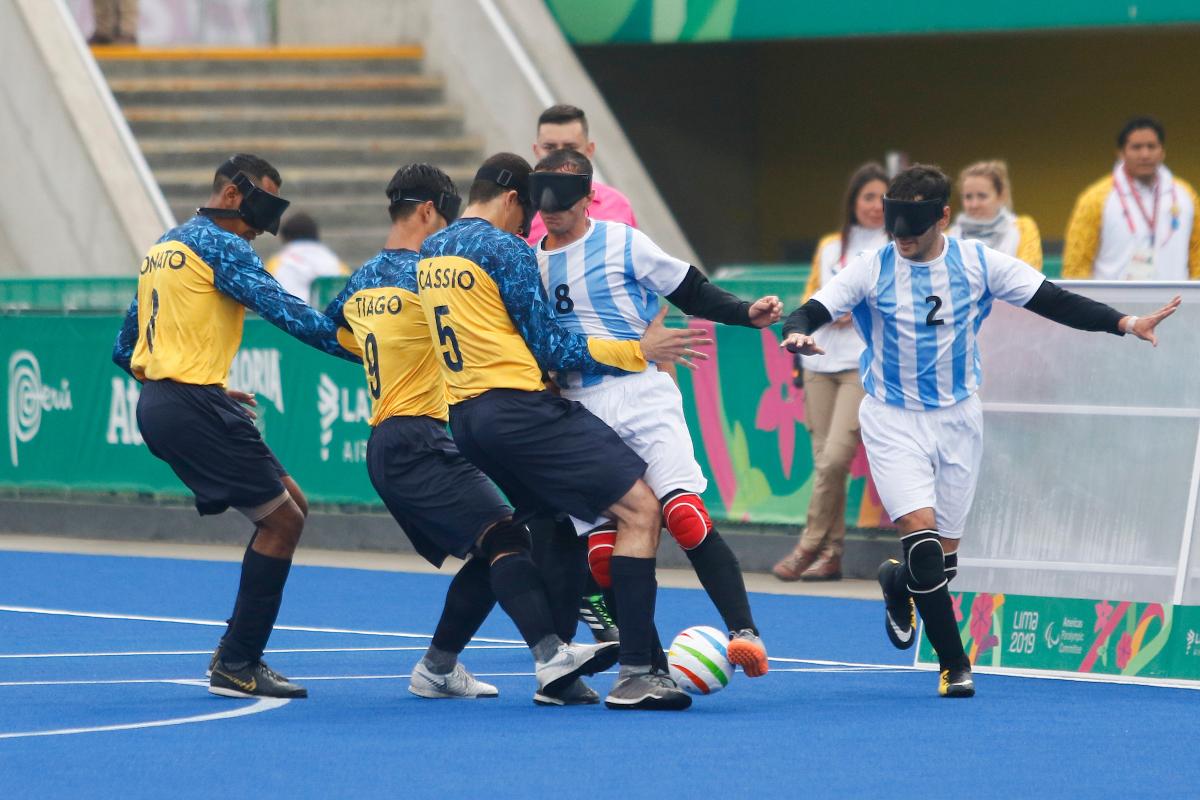 Football 5-a-side, also known as blind football, is an adaptation of football for athletes with a vision impairment. The sport has been governed by the International Blind Sports Federation (IBSA) since 1996 and it is played with modified FIFA rules.

Spain are considered the pioneer of blind football, having played the sport since the 1920s. Brazil, on the other hand, started developing football 5-a-side in the 1960s and held the first national tournament in 1974.

One year later, the first World Championships were held in Brazil. Since its inaugural edition, this competition has been dominated by Brazil, who have won five world titles, while rivals Argentina have claimed two.

It featured at the Paralympics for the first time at Athens 2004, and has been contested at every Games since. Brazil are the only team to win Paralympic gold, most recently on home soil at Rio 2016.
World Championships take place every four years in between the Paralympics.

Football 5-a-side teams are made up of four outfield players and one goalkeeper.

Outfield players must be classified as completely blind (B1 category), which means they have very low visual acuity and/or no light perception, whilst the goalkeeper must be sighted or partially sighted (B2 or B3 category).

To ensure fair competition, all outfield players must wear eyeshades. Teams can also have off-field guides to assist them.

The ball makes a noise due to a sound system located inside that helps players orientate themselves. As a result, spectators must remain silent whilst watching the game until a goal is scored.

Blind football is played on a rectangular field that measures 40m long and 20m wide. The whole length of the pitch must be covered by kickboards to prevent the ball from going out of play.

The duration of the match is 50 minutes, divided into two 25-minute halves. Each team can request a one-minute time-out in each half. During the last two minutes of both halves, and in case of an extra time, the timekeeper must stop the clock for a free kick, kick-in, goal kick and corner kick. 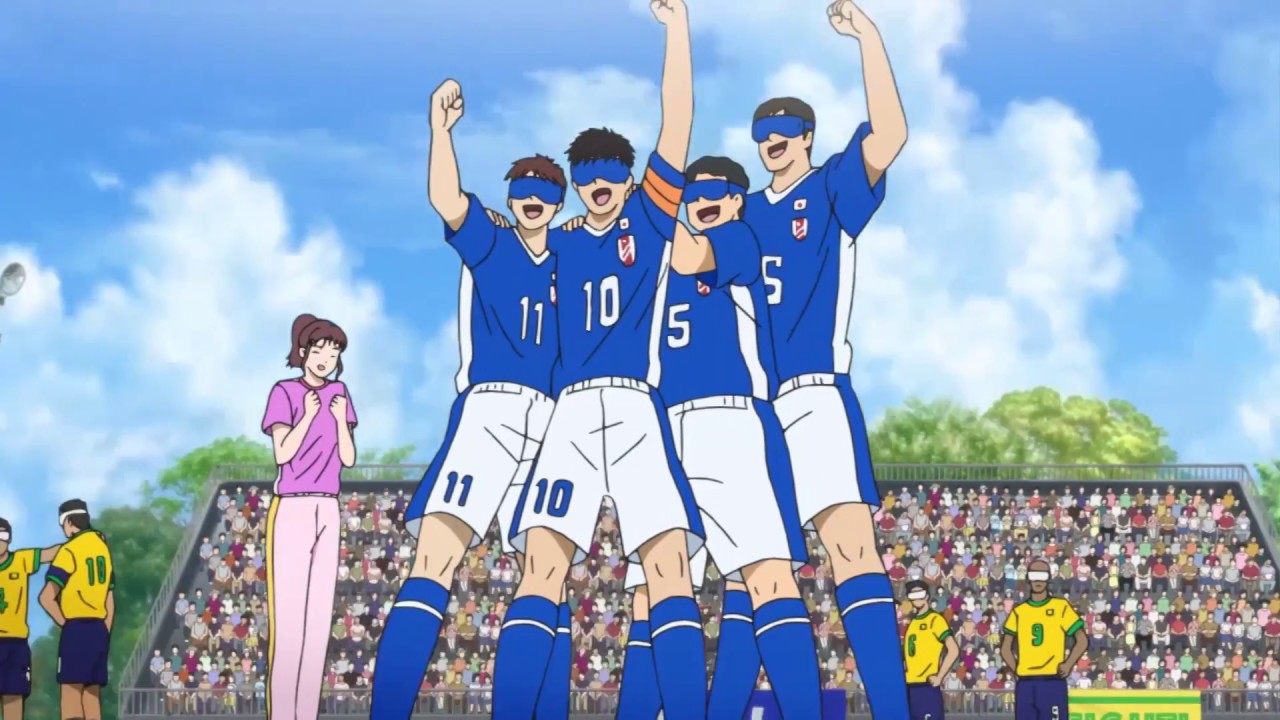