Great Britain’s world record holder in long jump reveals why a nun is one of her three heroes. 08 Mar 2015
Imagen 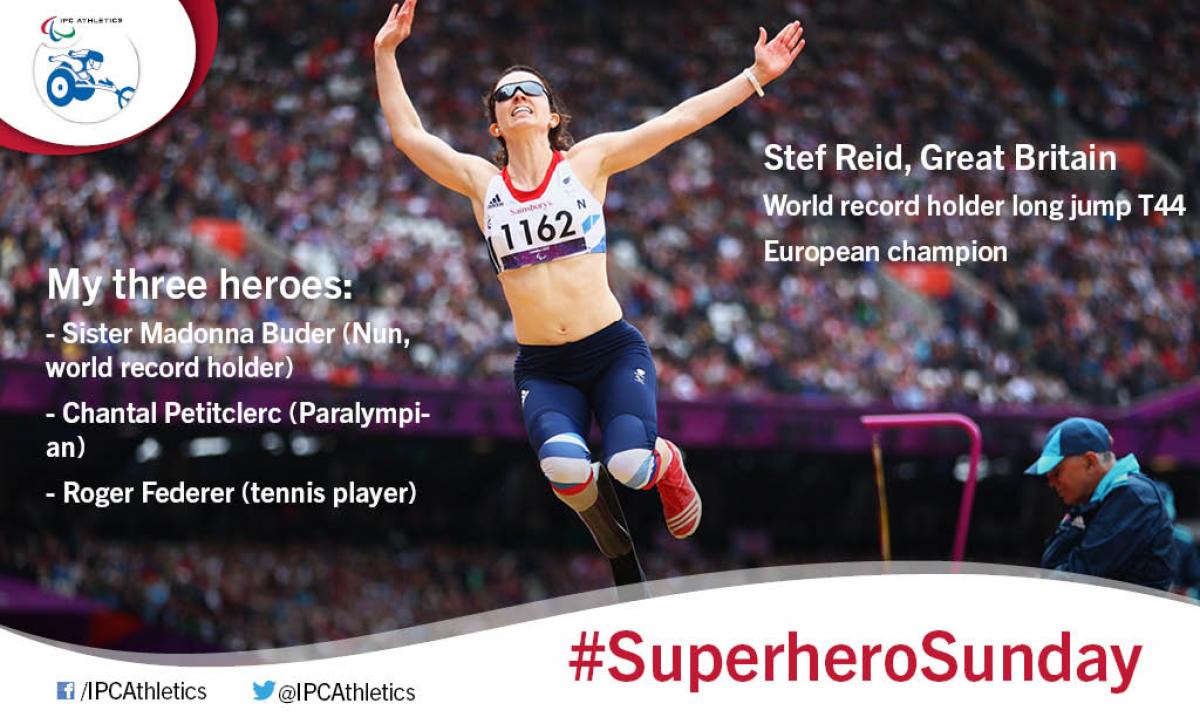 Great Britain’s world record holder in long jump reveals why a nun is one of her three heroes.

Reid was in phenomenal form in 2014, and gave an indication of what she was capable of when she leapt 5.45m back in May last year to break the world record. The 30-year-old then bettered that mark in Glasgow, Great Britain in July, dazzling the crowds with a new world record leap of 5.47m.

Then came the IPC Athletics European Championships in Swansea, Great Britain, where once again she saw of her rivals in a highly competitive T44 field to clinch the European title to add to the silver medal she won at the London 2012 Paralympic Games.

This year Reid will be hoping to continue her winning ways as she aims for her first global title at the IPC Athletics World Championships in Doha, Qatar in October.

She is an American nun who started competing in her 50's to ensure she would stay fit enough so she could continue to volunteer in her community. She realised she was pretty good at it, transitioned up to Ironman events, and currently holds the world record for the oldest person to complete an Ironman at 84! I love her reason for getting into sport (to help other people), and the fact that she turned out to be a pretty ‘bad ass’ athlete!

I was in the same apartment complex as Chantal in the athletes’ village at the 2008 Beijing Paralympics. Her performance on the track was incredible - five gold medals. But I was most impressed with her demeanour off the track - I couldn't believe how relaxed she was, how smiley, the way she truly enjoyed every second of the experience. I learned so much from her about what a true champion looks like.

One of the classiest athletes out there. World class tennis player, able to speak four languages, humble both in victory and defeat. He also has the perfect pre-serve hair tussle…

Reid will be one of 1,300 athletes from 90 countries set to compete at the IPC Athletics World Championship in Doha, Qatar, between 22-31 October.