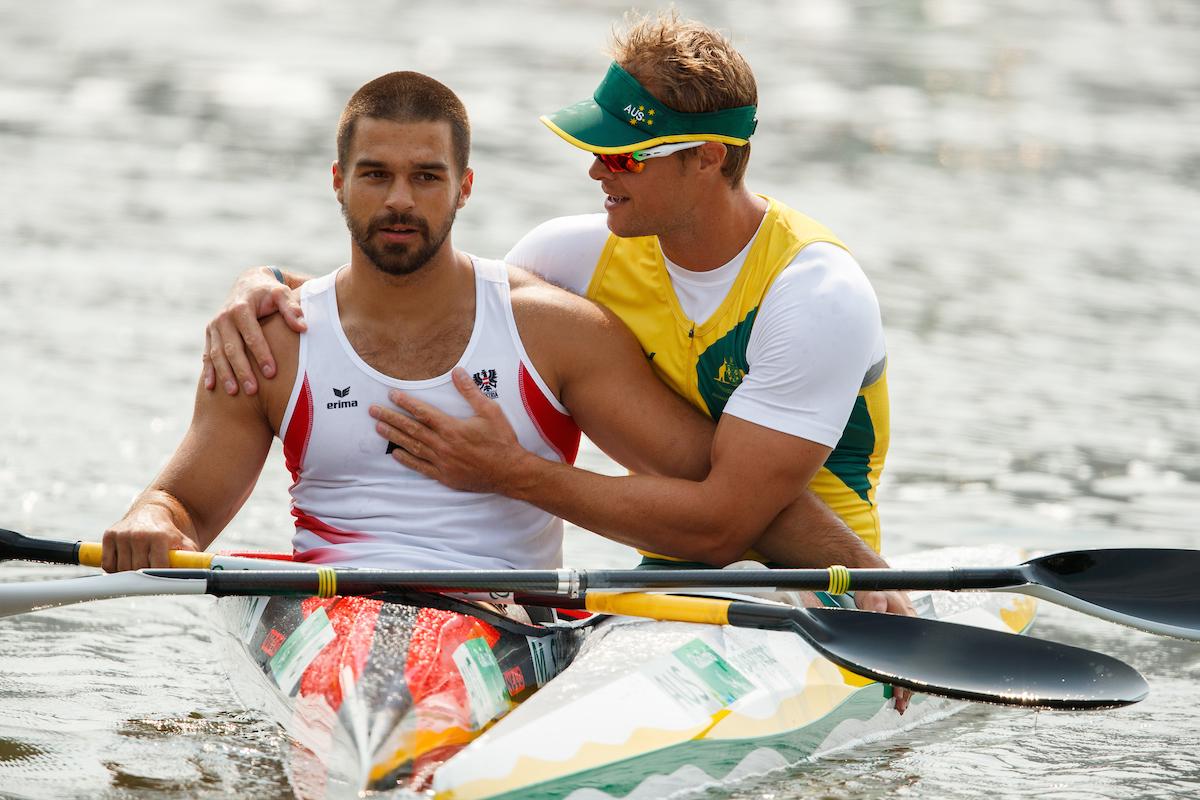 A case of fresh versus familiar faces underlines the 2019 Para Canoe World Championships as competition kicks off Wednesday in Szeged, Hungary.

Names such as Australia’s Curtis McGrath, Great Britain’s Emma Wiggs and Ukraine’s Serhii Yemelianov are well known in the sport since winning their category’s respective Paralympic titles at Rio 2016.

However, rising stars such as Great Britain’s Charlotte Henshaw, Ukraine’s Maryna Mazhula and Brazil’s Igor Tofalini broke through at last year’s World Championships and look to build off that success.

Szeged 2019 will be a major stop for hopefuls on the road to Tokyo 2020, where the sport will makes its second Paralympic appearance, as 30 male and 24 females can earn quotas.

Reigning Paralympic champion Emma Wiggs has been the face of the women’s KL2 class, but her campaign to regain her world title in Szeged will be challenged by compatriot Charlotte Henshaw.

After finishing in Wiggs’ shadows at the 2018 Europeans and World Cup, Henshaw finally overcame the hump by winning gold at the World Championships later that year.

She followed that up with further victories this year at the Europeans and Poznan World Cup, deepening the rivalry with Wiggs.

Wiggs did find solace by winning the world title in the VL2 category, and with the Va’a discipline added to the Tokyo 2020 programme, the Brit has two titles she targeting.

Curtis McGrath is back and looking to defending his titles in the men’s KL2 and VL3.

Worlds KL2 runner-up Scott Martlew could challenge, as the New Zealand paddler triumphed in this year’s World Cup in Poznan, Poland. That however was in McGrath’s absence, and this week’s race will see just how much Martlew measures up.

Do not count out Austria’s multi-world champion and Rio 2016 silver medallist Markus Swoboda, who finished third in Poznan and was McGrath’s old rival in the kayak.

Over in the new Paralympic men’s VL2 event, Igor Tofalini will aim to hold onto his world title.

The KL1 medals for both men and women events are up in the air.

Ukraine’s Maryna Mazhula topped the podium or the first time at last year’s Worlds in Montemor-o-Velho, Portugal, and has continued to have an outstanding 2019 season.

Second-place finisher Eleonora De Paolis remains hot on Mazhula’s tail. The Italian was only a split second behind the Ukrainian in May’s World Cup and no doubt has been training to make sure that gap is closed.

The men’s side has been inconsistent among medallists. Paralympic champion Jakub Tokarz from Poland could not repeat that at the 2018 Worlds, with Italy’s Esteban Farias taking the top prize.

Helene Ripa knocked reigning champion Amanda Reynolds of Australia off the top of the podium at least year’s Worlds.

In Szeged, however, the duo will go at it again for the coveted gold in the women’s KL3.

But like the KL1 classes, this event also appears up for grabs.

Younger Uzbekistani paddler Shakhnoza Mirzaeva won in Poznan this year and could be a nice surprise.

Meanwhile, Ukraine’s reigning Paralympic and world champion Serhii Yemelianov has been uncontested in the men’s KL3.

The 2019 Para Canoe World Championships in Szeged run until Saturday and more information is available on the ICF’s website.