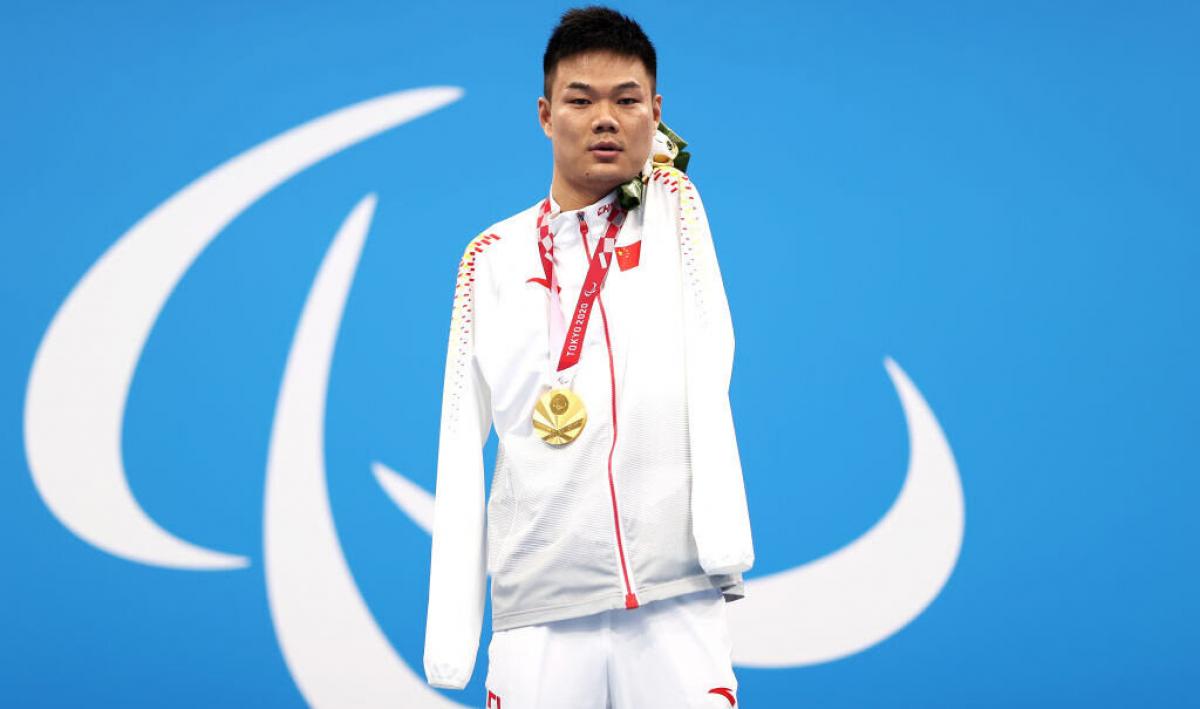 Tao Zheng led a Chinese clean sweep of the men's 50m butterfly S5 as the team claimed seven medals on Friday (27 August) in the third finals session at the Tokyo Aquatics Centre.

Dong Lu won the women's equivalent race (in 39.54, new world record) and it appeared they would leave the pool on Friday evening with three golds only for the women's 50m freestyle S11 - in which Jia Ma had led a Chinese one-two - to be declared void with the race to be re-run.

Zheng finally managed to claim gold in the one-length event after two near-misses over the last nine years. He set a new world record in the race (30.62). Lichao Wang took silver and Weiyi Yuan bronze.

Abbas Karimi made history in the same event as the first refugee athlete to compete in a Para swimming final at the Paralympic Games, finishing eight.

World records for Dunn and Malyar

Reece Dunn won the men's 200m freestyle S14 in a world record of 1:52.40 - beating the water with his fists when he realised his achievement - and Hannah Russell claimed the women's 100m backstroke S12 title as Great Britain took five medals in the pool.

Mark Malyar won Israel's second title of the Games in the men's 200m individual medley SM7 in a world record of 2:29.01, driven on by watching a similar feat by his countryman Iyad Shalabi.

New Zealand’s Tupou Neiufi was overcome after winning the women's 100m backstroke S8, recalling the financial help her grandparents gave her when she was 11 to enable her to compete at her first national championships.

“Growing up, we weren’t really that financially stable, so we did have to rely on my grandparents especially for my first national competition," she said.

“Since that first nationals, I’ve been attending a few more nationals and internationals and to get to where I am today. I will always go back to that one time where they helped out."

Her compatriot Robert Griswold set a world record on his way to winning the equivalent men's race (1:02.55).

The USA also made a one-two podium in the women’s 200m individual medley SM7 with gold to Mallory Weggemann and silver to Ahalya Lettenberger.

Ihar Boki won his third title in as many races in Tokyo in the men's 400m freestyle S13. It was a second gold for RPC’s Valeriia Shabalina in the women’s 200m freestyle S14.

The women’s 400m freestyle S13 had an Ukrainian victory with Anna Stetsenko.

Brazil’s Wendell Belarmino bagged a gold in his Paralympic debut in the men’s 50m freestyle S11 while Azerbaijan took its first gold in the pool with Raman Salei in the men’s 100m backstroke S12. 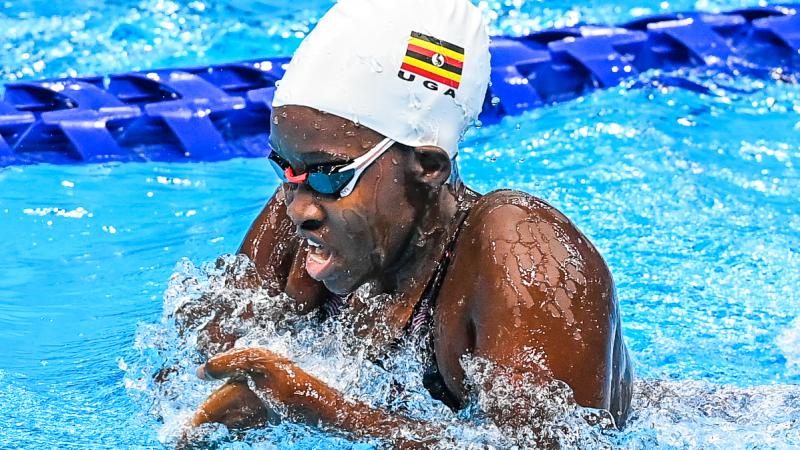