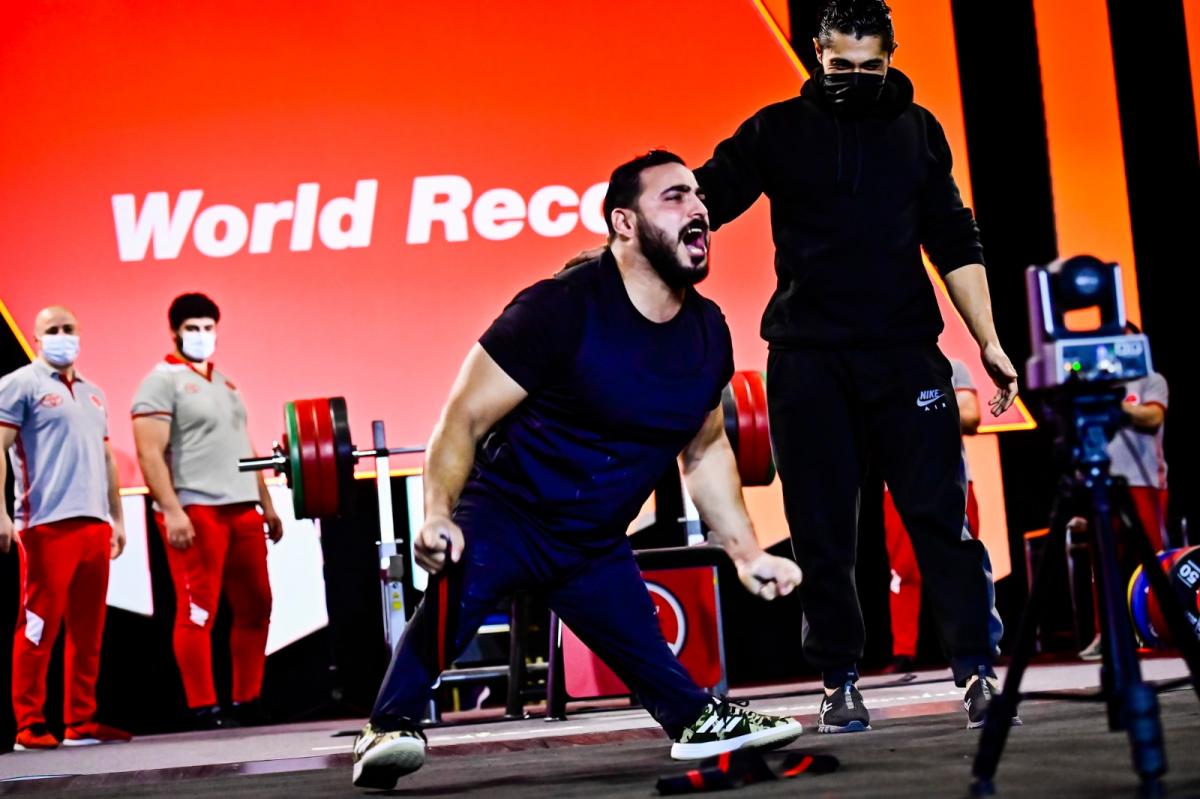 A world record was obliterated by a 10kg difference as three more champions were crowned on day seven of the World Championships in Tbilisi (Saturday 4 December).

There are not enough adjectives to describe the incredible action that was on show on Super Saturday. Jordan’s Abdelkareem Khattab made headlines in the second event of the day with an outstanding performance in the men’s up to 88kg.

Not only was he the outright winner - cushioning himself with a 24kg then 26kg gap after the first and second rounds respectively - but he solidified his status as the world’s best with a monstrous new world record.

Having marginally failed his first attempt of a new record of 242kg, Khattab decided to go for glory once again with a fourth and final lift.

However, the crowd was stunned when Khattab set the bar to 250kg - a substantial difference of 10kg to the previous record.

Brimming with confidence, the man from Jordan powered to greatness as he smashed expectations.

“I am very happy with this record,” said Khattab. “Since Rio 2016 I set a goal for myself and I have worked hard. I am training every day and I am giving my all. That is why I have all this success.”

More personal records were celebrated as the RPC’s Magomed Dzhamalov’s created a new lifetime best of 212kg which awarded him his first ever Championship’s medal.

The former world champion and silver medallist from Tokyo, YE Jixiong from China, completed the podium.

Abdelkareem Khattab of Jordan lifts 250kg to break his own world record from June this year!

Saturday opened with a spectacular display of power as the last women’s event, the over 86kg, took to the stage.

Xuemei Deng from China, started the competition as she wished to finish - in top position.

Xuemei led with her first lift of 132kg and despite great attempts to overtake her, nobody could catch the Paralympic champion.

140kg secured the Chinese gold, 7kg heavier than her winning lift at the Tokyo Paralympics.

“I feel excited and I’m enjoying this moment,” Xuemei said. “After the Tokyo Paralympic Games I had two months of rest, so I think this result was not very good for me. Nevertheless, I am very happy.”

At only her second World Championships, Sadovnikova just kept getting better and better, with each of her three lifts recording a new lifetime best.

She completed the day with a lift of 136kg to win her first world championship’s medal.

It was a sixth Worlds medal for Perla Barcenas of Mexico, who just 1kg behind Sadovnikova, claimed bronze to equal her medal result from her home championships in 2017.

Outside the medals Hani Watson made Australia proud when she set a new Oceania record twice within two lifts, with a new best mark of 120kg.

It was not to be for Nigeria’s Loveline Obiji who was beaten by the bar.

Unable to clear 125kg the Paralympic silver medallist finished seventh with 120kg - the first time ever that she has failed to finish within the top two at any major championships.

A competition decided in the last round is always a good competition. 😉

The men’s up to 97kg concluded day six and it was arguably the most tactical final of the week.

The podium looked very different to the one at the Tokyo Games with both the Paralympic gold and bronze medallists failing to reach the medals.

However, Paralympic silver medallist, Seyedhamed Solhipouravanji of Iran, was determined to move up the podium.

With an impressive drive for 225kg, Solhipouravanji retained his crown to win back-to-back titles.

“I’m very happy and delighted”, commented Solhipouravanji. “and I think I deserve this medal.”

With a surprising low opening press the Paralympic champion, Yan Panpan from China, only lept into contention in the second round but his fight for a medal was short lived.

Consistency was key for Egypt’s Hany Abdelhady.  The African champion was the only athlete to complete three successful lifts and the last one bagged him silver (223kg).

A courageous lift of 220kg in the third round saw Jordan’s Mutaz Aljuneidi leapfrog his way onto the podium to win bronze.

The penultimate day of the World Championships takes place on Sunday (5 December) with the men’s up to and over 107kg, the last individual events before the Mixed Team competition on Monday. 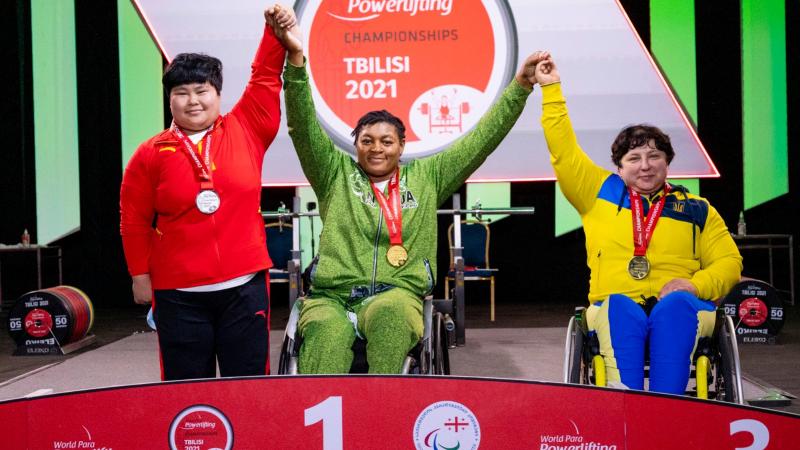 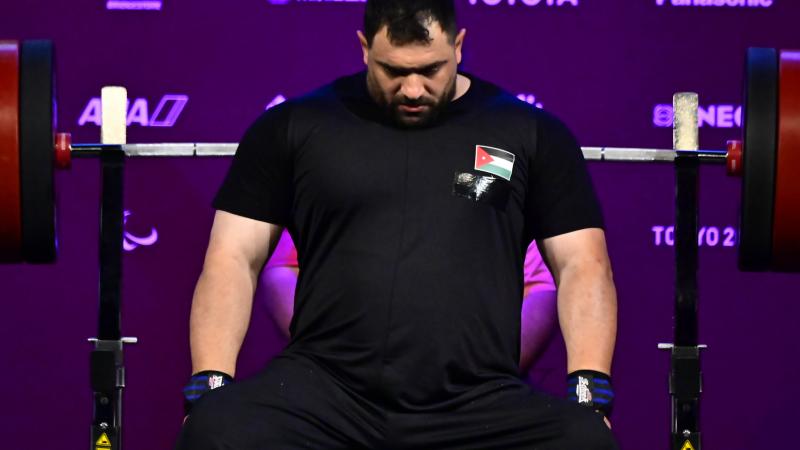