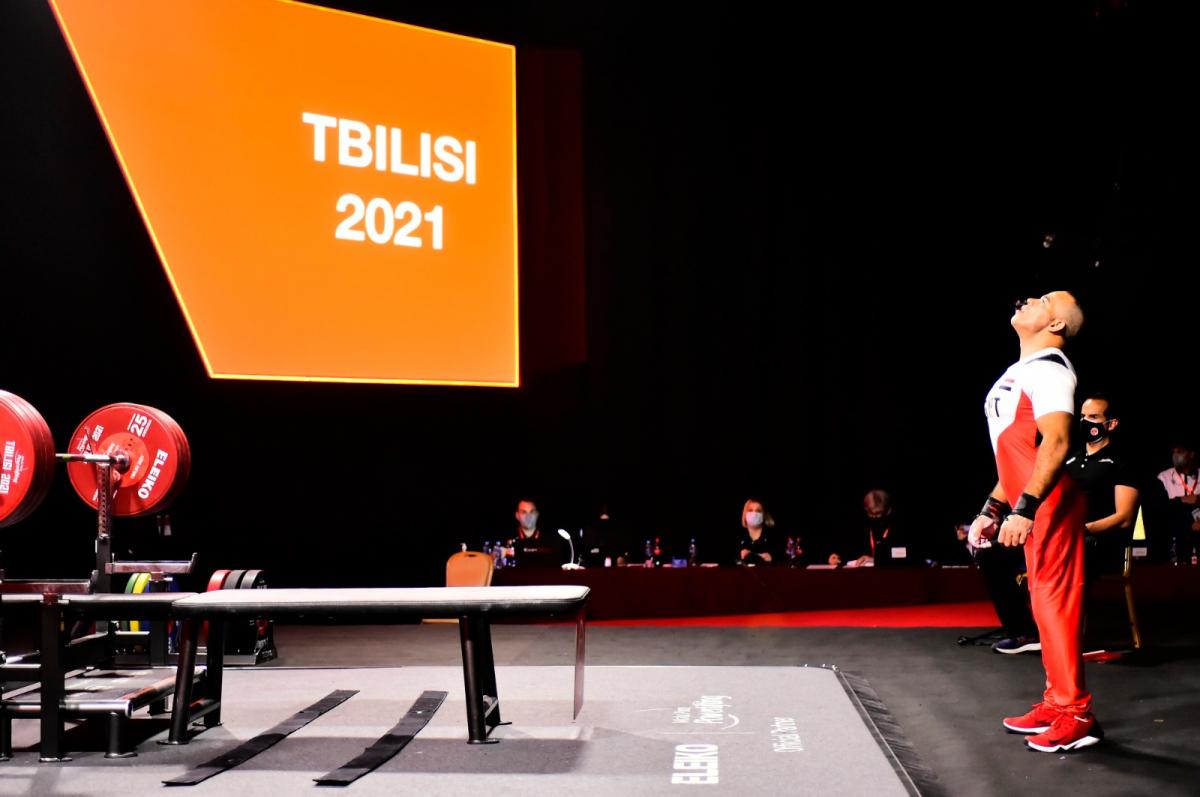 Titles retained, gold streaks continued and a star was born on Tuesday (30 November) at the Tbilisi 2021 World Championships.

The third day got off to an exhilarating start as one of Para Powerlifting’s all-time greats took to the stage to defend his title.

Egypt’s Sherif Osman - a name synonymous with the sport - once again captivated the audience as he prowled onto the stage to to wash away his disappointment from the Paralympic Games in Tokyo.

Osman’s opening lift of 186kg was executed with style, setting the scene for a thrilling final of the men’s up to 59kg.

A ‘white-out’ in round two with 190kg clinched him the title but the reigning champ added a further 5kg to his final lift to solidify his dominance and win not only the gold but claim his fifth world title and eighth global crown.

“I just got an injury, I had a rupture in my muscle, 4cm, just one month before the last Games, Tokyo 2020, so for this reason I lost my gold and so now I was very happy and I feel confident because I felt like I just got back to my pathway to Paris 2024.”

There was an almighty joust for silver, with six athletes targeting the prize heading into the third and final round.

It was not to be for the Paralympic champion, Qi Yongkai of China, whose failure to reach the podium opened the floor up for El Salvador’s Herbert Aceituno, whose grand lift of 183kg locked his place on the podium.

A step-up from Tokyo, Aceituno’s silver performance was of equal historical significance as it marked the first Para Powerlifting World Championships medal to be awarded to El Savador.

Although Garrido could not surpass his second-round lift of 182kg, the Chilean seemed delighted to reach his second global podium.

Sherif Osman stole the show, but what to say about this guy as well.

Ukraine’s Mariana Shevchuk could not have asked for a better year.

Having won Paralympic gold in Tokyo to complement her European and world champion titles, Shevchuk took to the stage as the hot favourite in the women’s up to 55kg.

She did not disappoint.

Shevchuk made it obvious from the start that she meant business; opening the competition with the weight that achieved Paralympic gold (125kg).

A successful lift in round one gave her a 9kg clearance to the rest of the field.

Shevchuk’s comfortable 128kg lift in round two geared her on to break her own world record, setting a new world standard of 133.5kg.

“We planned to do it at the Paralympic Games in Tokyo but we couldn’t, so we did it here”, said Shevchuk as she tried to process her achievement.

“It is a very successful year for me and I’m so happy inside but it’s impossible to show my expression right now on my face but I’m very happy inside.”

A new personal record was accomplished for Besra Duman of Turkey, whose silver medal performance reflected her best global result to date (121kg).

With a solid press of 120kg, the 49-year-old proved that she remains a strong contender within the powerlifting circuit.

Queen of the bar

It was yet another faultless victory by Mexico’s Amalia Perez as she won her fourth World Championships title, taking her tally of major championships crowns to 14.

Perez triumphed in the women’s up to 61kg, registering 132kg with her final lift.

“We are training every day to be the best”, said Perez after winning gold.

The Paralympic champion was pushed right to the end though by rising star, Onyinyechi Mark from Nigeria.

Onyinyechi certainly left her mark as she broke the junior world record twice on her way to securing silver.

Mark’s lift of 131kg equalled Perez’s golden lift in Tokyo but the Mexican edged ahead by the same 1kg margin as in Tokyo to keep top spot.

Perez commented on the competition’s high quality saying, “I feel better when I am in a championships like this, because you know you are competing against the best in the world who worked hard to be here. It is not easy to come here and win. I got a lot of adrenaline from that and to know that I am still among the best.”

Despite their earlier defeat in the men’s competition, China did land a place on the podium thanks to Cui Jianjin with a lift of 121kg for bronze.

Amalia Perez is a 4⃣-time Paralympic champion, and from now on, a 4⃣-time world champion as well!

The World Championships continues on Wednesday (1 December) with the women’s up to 67kg followed by the men’s up to 65kg. 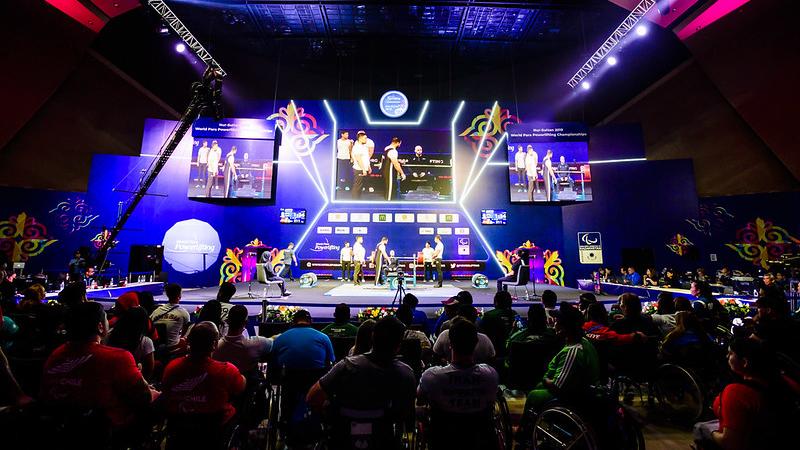 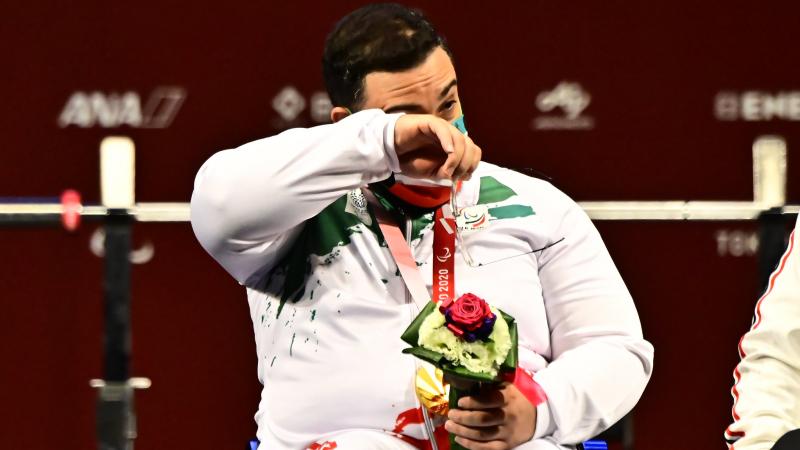 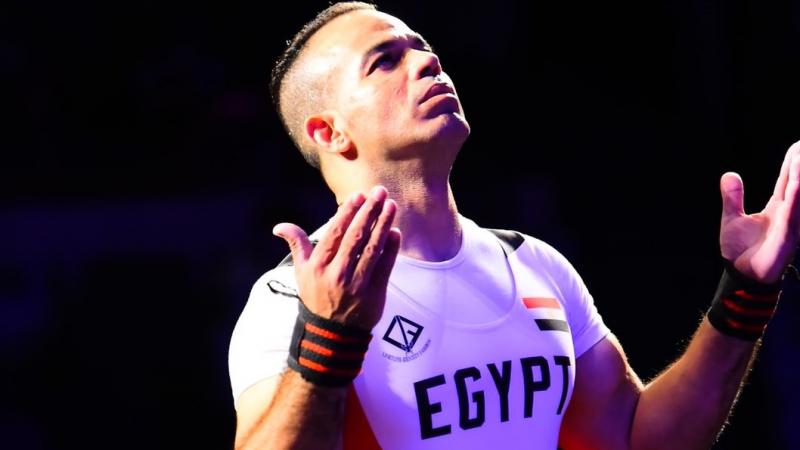 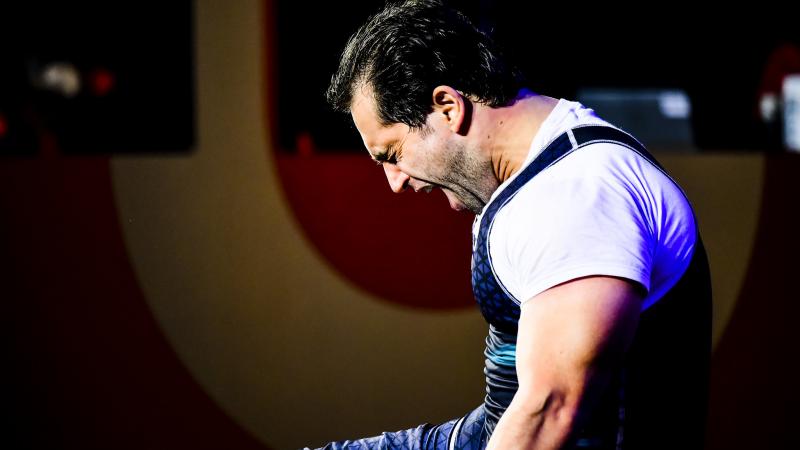