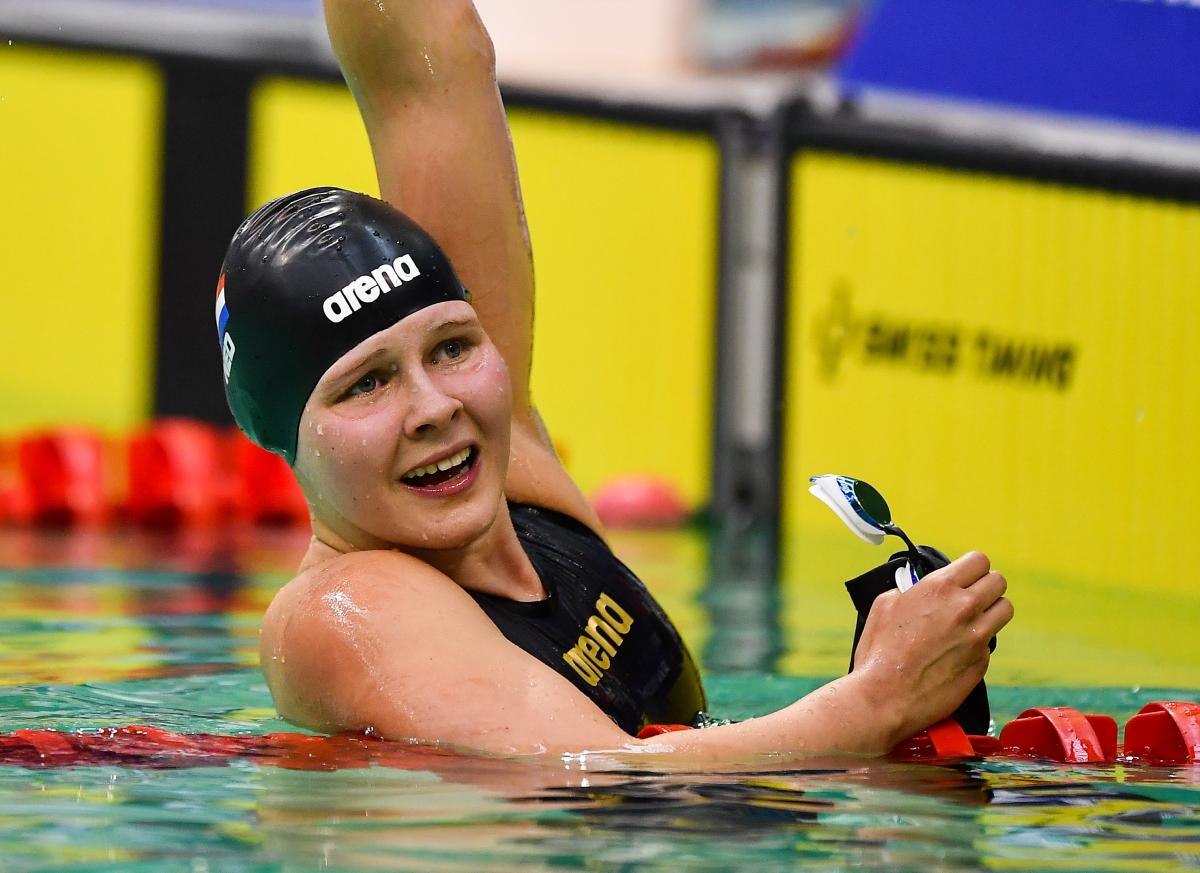 Dutch swimmer Liesette Bruinsma and Chinese wheelchair fencer Jing Rong arrive at the Tokyo 2020 Paralympics focused on repeating the gold medals achieved five years ago in Rio de Janeiro. A two-time gold medallist in 2016 and with 18 world records broken since 2014, Bruinsma is one of the favourites in the women’s S11 event. As for Rong, she is a tough name to beat: she has four Paralympic gold medals, three obtained in 2016, in the epee and foil team competition and individual foil category A – event in which she also comes as world champion.

Among men, Brazil’s Jovane Guissone will try to repeat his performance at the London 2012 Games, when he was the epee category B Paralympic champion, while wheelchair basketball star Jake Williams is one of the most awarded players in the sport right now and seeks to give the United States another gold medal after winning in Rio. Another male athlete to watch is Colombia’s Diego Duenas, a two-time Parapan Am medallist and bronze at Rio 2016 in the C4 track para cycling class. He comes to Tokyo having reached the top of the C4 rankings and will pursuit his first gold in the Paralympics.

The Dutch swimmer will be confident ahead of the Paralympic Games, coming off a winning performance in the 100m freestyle S11 at the Berlin World Series in June. The vision impaired swimmer won five medals at Rio 2016 in her Paralympic debut, beating more established swimmers such as New Zealand’s Mary Fisher and Germany’s Daniela Schulte, along the way. She was only 15 years old then, and with more experience, Bruinsma is expected to be even stronger in Tokyo. 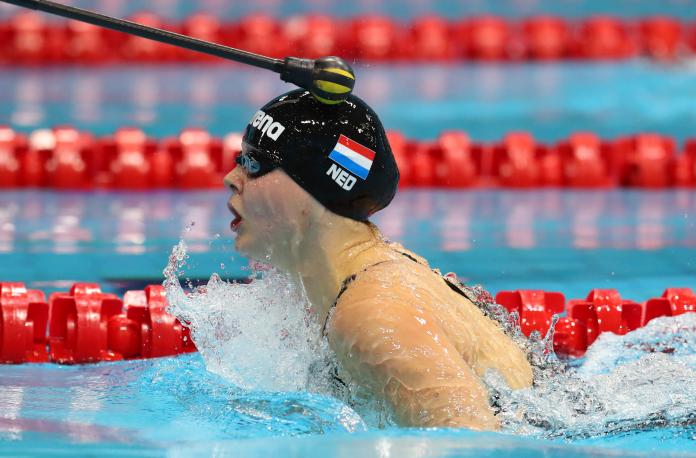 Chunhua Wang was China’s top goalball scoring player at the 2019 Asian Championships where the team won silver. Wang was also among the top five best strikers at the 2018 World Championships. In an attack known for its offensive skills, Wang shines through as one of the best around. 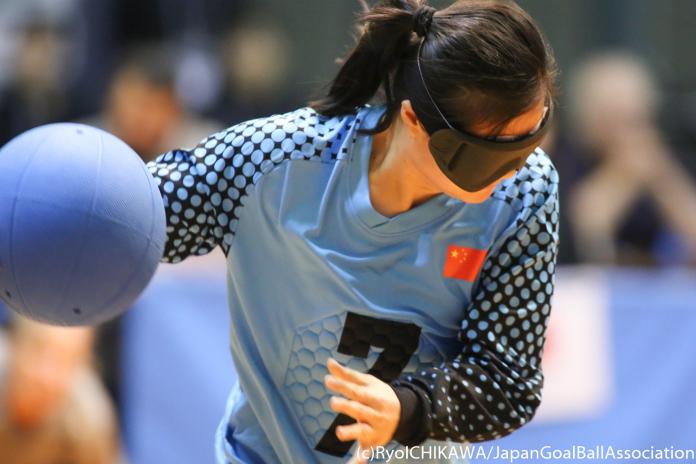 Few players in wheelchair basketball have seen success at as many levels as Jake Williams. Recruited at 16 from the hospital where he was rehabbing following an accident that left him paralysed, the 185cm Williams moved directly to a local NWBA junior team. He made the jump to the national collegiate league in 2010 and captured the championship with the UWW Warhawks in 2014.

Recruited to the national team, Williams helped the USA win Parapan Am gold in 2015 before capturing his first Paralympic title at Rio 2016. Known as much for his playmaking as for his dangerous 3-point range, Williams now plays pro in Germany for the RSB Thuringia Bulls, where he has already added Champions League trophies to his collection. He nearly added a third straight in 2021 before falling in a close final to RSV-Lahn Dill. 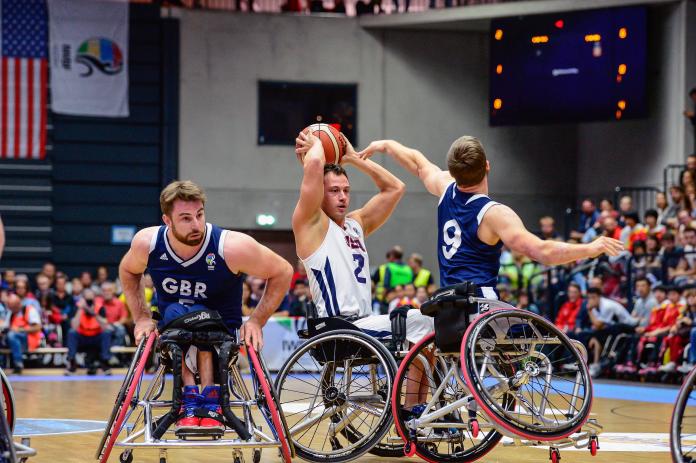 Rong’s incredible talents, particularly in the foil, make her a lynchpin of the Chinese team.  As well as being the reigning women’s foil category A Paralympic and world champion, Rong was in the line-up for both of China’s golds in the team foil and epee at Rio 2016. The now 32-year-old made an instant impact on her debut in 2009, claiming a World Cup win. She has gone on to secure 21 more golds in epee and foil individual and team events over her illustrious career. 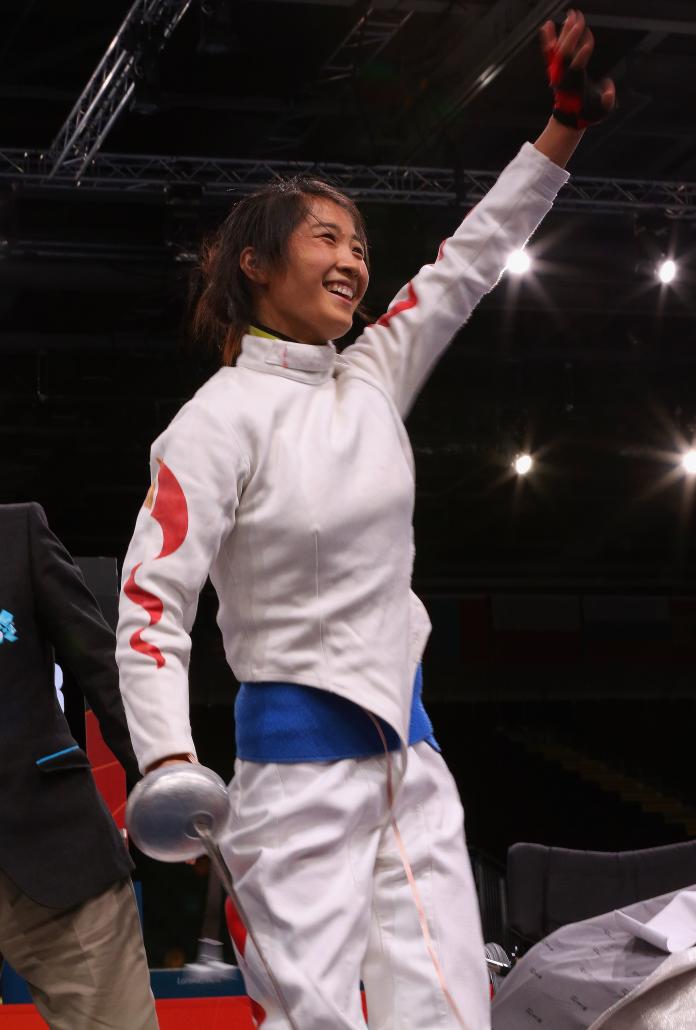 Brazil’s London 2012 men’s epee category B Paralympic champion still got it. As Brazil’s top wheelchair fencer for more than ten years, Guissone is the regional title holder in both the epee and foil, and is unbeaten in the latter at the last three Americas Championships. His track record at World Cups is just as good with his latest win coming in early 2020 before the pandemic, when he beat Belarusian Paralympic champion Andrei Pranevich on the way to the final. While he missed out on the podium at his home Paralympics in 2016, Guissone is motivated – and has the ability - to put the ghosts of five years ago to rest. 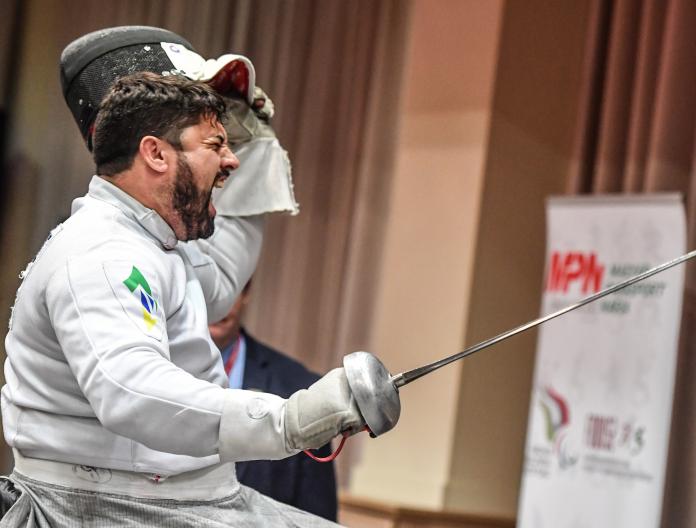 The former race skater reinvented himself to become one of the top C4 track Para cyclists. While Duenas competes in both disciplines, his most success has been in the velodrome. His gold in the individual pursuit at the 2015 Parapan American Games gave him confidence entering his first Paralympics the following year, bringing home a bronze in the event. The 2019 has been his most successful as he defended his Parapan American title in Lima, Peru, followed by a world title in the scratch and bronze in the individual pursuit. 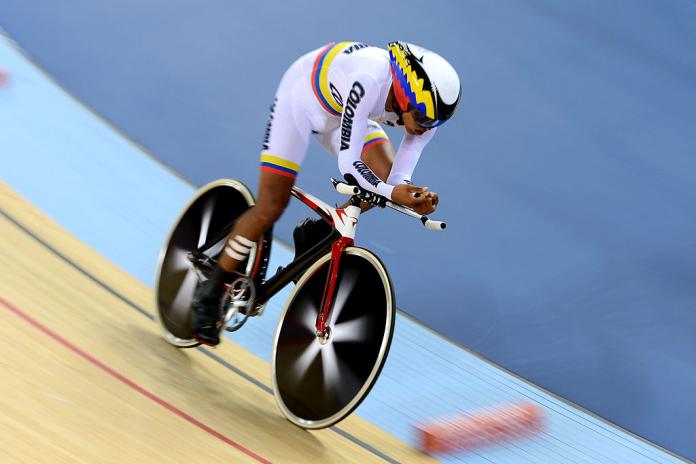 Widiasih is Indonesia’s first Paralympic powerlifting medallist, winning bronze in the women’s up to 41kg at her second Games in Rio in 2016. Tokyo will be her third Paralympics and she hopes to take another step forward and secure either second or first place. She has two silvers and a bronze at Asian Championships (2018, 2015, 2013) and bronze at the 2014 Worlds. Widiasih started 2021 with a win at the Bangkok World Cup competition in May. 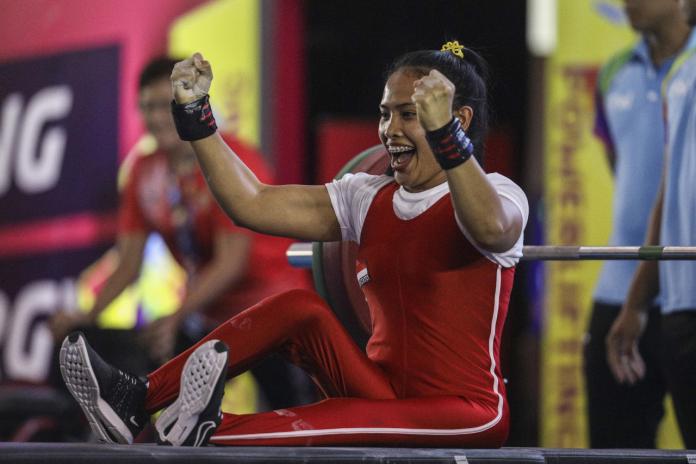 One of the top low pointers in the world, Turkey’s captain Ismail Ar is one of the most experienced players in wheelchair basketball. Now entering his third Paralympic Games, Ar is hungry to claim a historic first Paralympic medal for Turkey following a fourth place-finish at Rio 2016. After securing the team’s first-ever European championship in 2017, Ar may have finally figured out the winning formula. Ar lost the use of his legs when he was 16 during the devastating Izmit earthquake in 1999 that claimed his childhood home and the lives of over 17,000 people. He joined his local team in 2007 and was called up to Super League’s Galatasaray in 2009. Captain of Galatasaray for over a decade, he has helped the team win five Champions League titles. Still, his fondest memories come from his time with the national team, especially winning Turkey’s first medals at the European championships (silver in 2009) and World Championships (bronze in 2014). 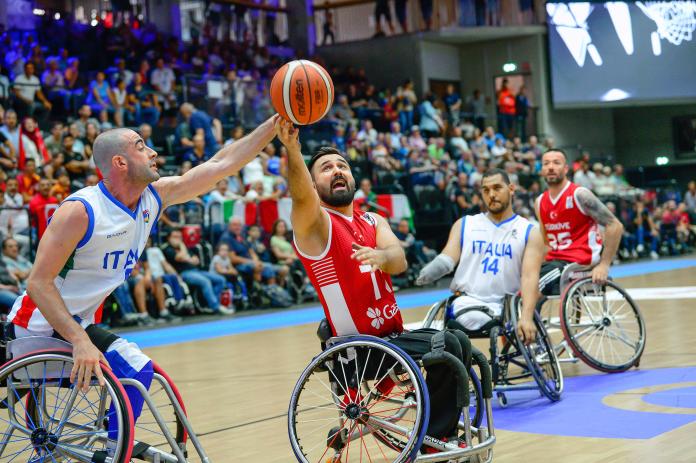 Martyanova has been competing in Para sport since 2006 and has been a regular podium finisher at three-star equestrian competitions across Europe. She made her championship debut two years ago and this will be her first Paralympic Games, where she hopes this time to finish atop the grade V podium.

Grade II’s Wilson burst onto the scene at the 2019 European Championships. It was her first major championships, and she picked up two silvers and gold in the freestyle competition. Wilson is a fresh face to grace the British squad that has a strong history of success in the sport. 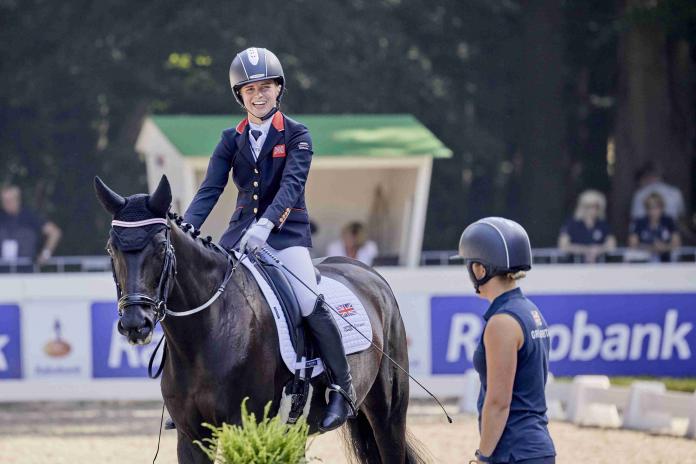 The Turkish lifter burst onto the international scene at the 2005 European Championships, when she captured bronze for her country. She went on to become a double Paralympic champion in 2012 (up to 40kg) and 2016 (up to 41kg). Since the Rio Games, Muratli moved up weight classes and captured silver medals from the 2017 and 2019 World Championships in the up to 45kg. She needs to perform at her very best to beat Chinese Lingling Guo, but the Turk is confident she can continue her Paralympic golden streak in Tokyo. 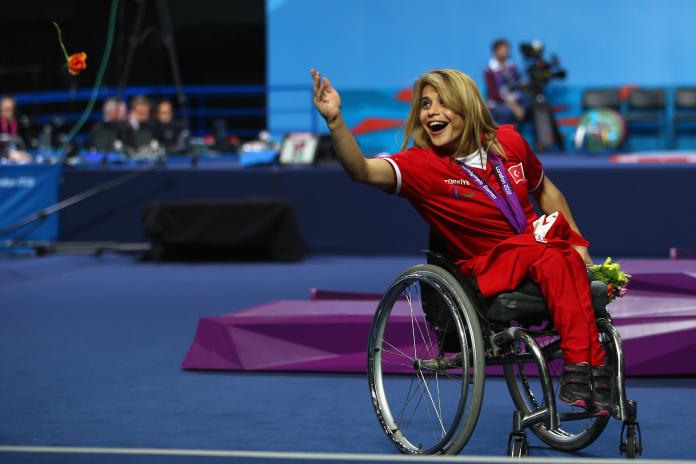 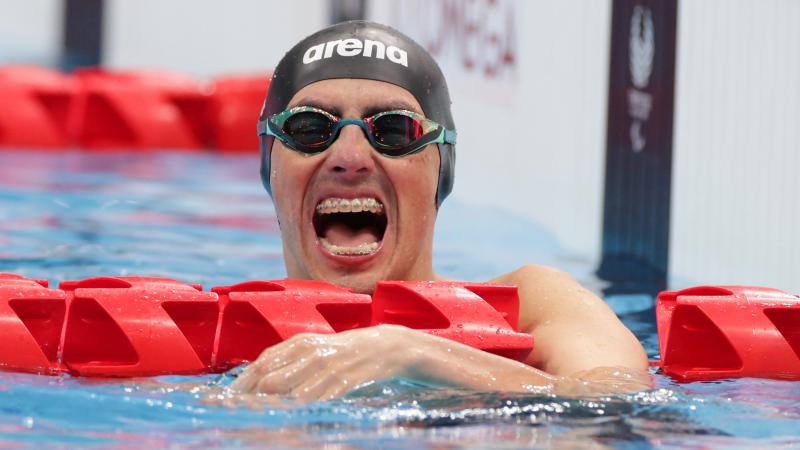