From Tokyo to Tbilisi: Mariana Shevchuk 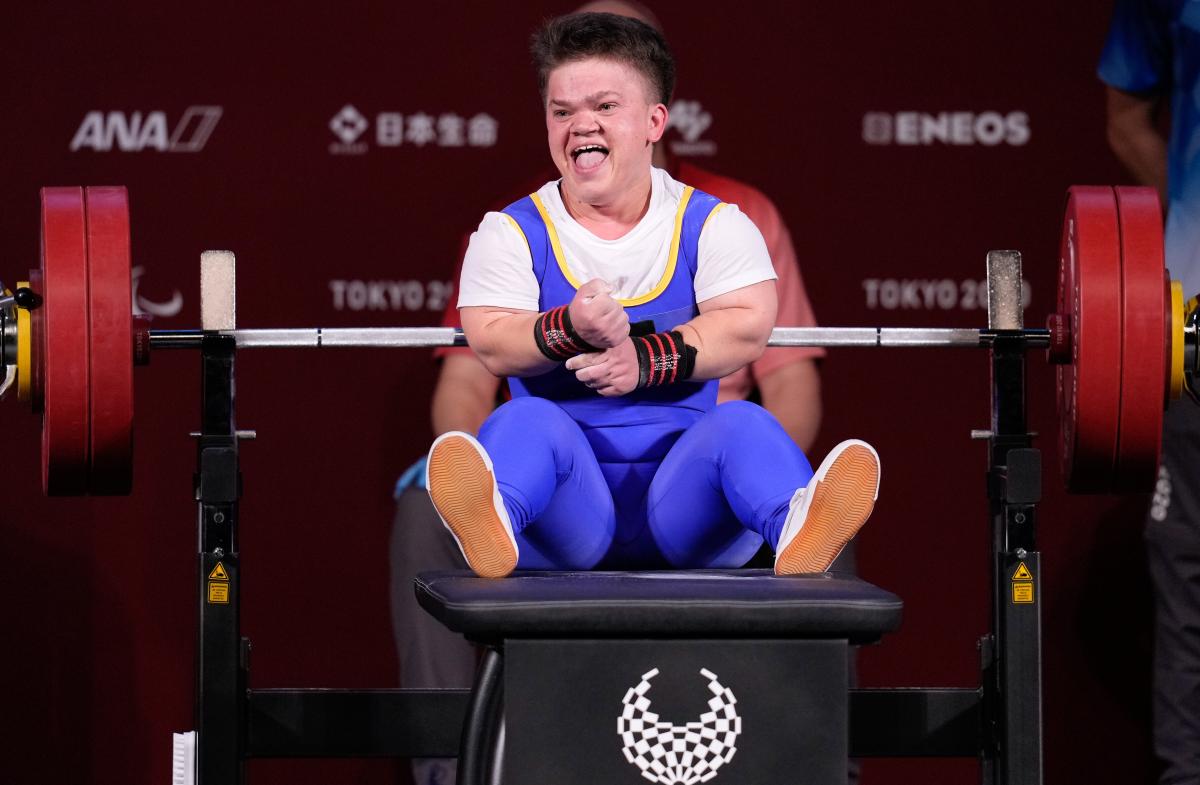 World Para Powerlifting continues the countdown to the Tbilisi 2021 World Championships - which starts on 27 November - with the From Tokyo to Tbilisi series.

Mariana Shevchuk of Ukraine is the next athlete on the list of 10 best performers at the Tokyo 2020 Paralympic Games coming to the Georgian capital to fight for World Championships glory.

The 25-year-old world record holder won her first Paralympic gold at the Tokyo 2020 Paralympics in the women’s up to 55kg category.

Shevchuk needed only one successful attempt at the Tokyo International Forum on day two of the Para powerlifting competition to win gold. She raised the bar with the load of 125kg in her first lift.

Look at what it means to Mariana Shevchuk, the latest #Gold medalist from #UKR #ParaPowerlifting #Tokyo2020 #Paralympics pic.twitter.com/lyfxGhd8Hl

China’s Cuijuan Xiao and Turkey’s Besra Duman both lifted 124kg in the second attempt, but could not improve on their results in their final lift. Xiao settled for silver, while Duman took the bronze medal.

Although Shevchuk had a successful 2021 breaking the world record twice before the Tokyo 2020 Paralympics, she went through a personal health drama before the Games.

“The critical situation was that she was just steps away from death with meningitis. She was very near to death. To have gold now is a miracle,” said Shevchuk’s coach Oleg Pakula after the winning performance in Tokyo.

“At that moment it wasn’t about sport, it was about life and death.”

The athlete herself also opened up about the pre-Paralympics crisis after climbing on the first step of the podium in Tokyo.

“It was very hard to be here and win this gold medal. We had a very critical situation. But through this time my coach helped me to resolve all problems and part of this medal is his too.”

“It was very hard to be here in Tokyo and win this gold medal. We had a very critical situation. But through this time my coach helped me to resolve all problems and part of this medal is his too.”

Despite the challenging year behind her, Shevchuk and her coach Pakula started to prepare for Tbilisi 2021 four days after winning the Paralympic gold.

“The next day [after returning home] we are back to training for the World Championships in Georgia. That will be our celebration,” concluded coach Pakula.

Shevchuk, born in Khmil'nyk, made her international debut in 2015 at the European Open Championships in Eger, Hungary. She instantly made a name for herself winning the bronze medal.

She was unsuccessful in repeating the result at the Rio 2016 Paralympics where the Ukrainian Para powerlifter finished in fourth place.

The disappointment did not last long with Shevchuk winning the silver medal at the Mexico City 2017 World Para Powerlifting Championships.

A year later she won the European Open Championships in Berck-Sur-Mer, France followed by another gold-winning performance at the Nur-Sultan 2019 World Championships.

Together with triumphing at the Tokyo 2020 Paralympics, Shevchuk broke the world record twice in 2021. First, she lifted 132kg at the Manchester World Cup in March followed by a 133kg-lift at another World Cup stop in Tbilisi in May.

#Highlights
One lift, a gold medal and a new #WorldRecord.
Watch as Mariana Shevchuk lifts 133kg and sets the world's best mark for the Women's up to 55kg category in #Tbilisi2021.#WorldCup #ParaPowerlifting @Paralympics @ukrparalympic pic.twitter.com/kjnc7O3IuY

Shevchuk will take on the stage in Tbilisi on day three of the World Para Powerlifting Senior Championships.

The women’s up to 55kg category is scheduled as the second competition on Tuesday (30 November) starting at 17:20 (local time).

Shevchuk’s biggest rivals Cuijuan Xiao from China and Besra Duman from Turkey will be present in Tbilisi, as well as Vietnam’s Châu Hoàng Tuyet Loan, a silver medallist at the Indonesia 2018 Asian Para Games. 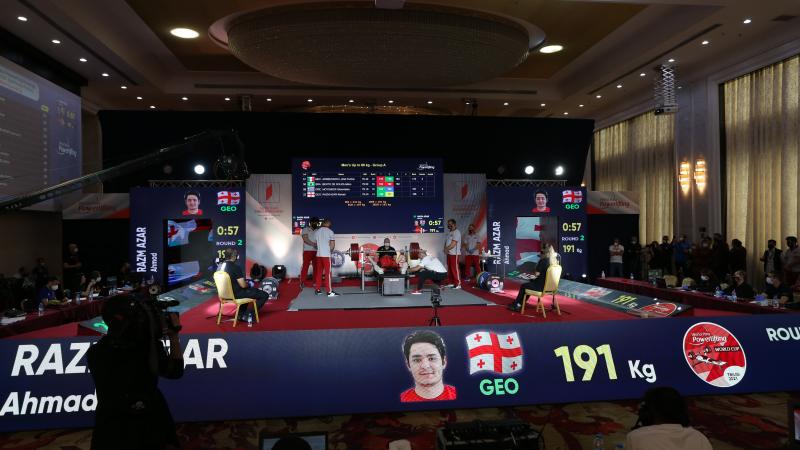