Trio of world records as powerlifters raise the bar

Ejike claims Nigeria’s third gold of the competition in front of an ecstatic crowd. 11 Sep 2016 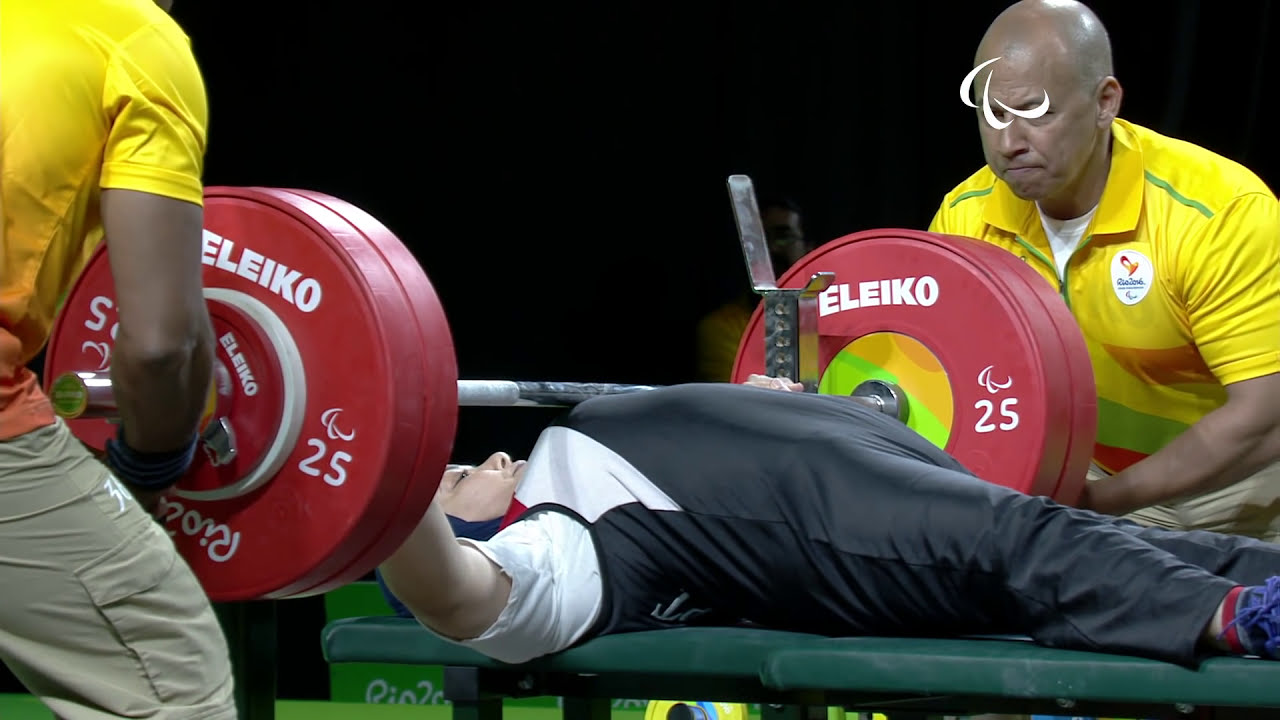 “I knew I could beat her because I know what I can do. I was not shaking because I had confidence.”

The world record-breaking run at Rio 2016 continued at the Riocentro Pavilion 2 on Sunday (11 September) with three more all-time best lifts set in the three events on the powerlifting programme.

Nigeria’s Lucy Ejike won her nation’s third powerlifting gold medal in the arena at Rio 2016 with an incredible clearance of 142kg in the women’s up to 61kg category.

Ejike was under huge pressure from Egpytian Paralympic and world champion Fatma Omar, who lifted 140kg with her final attempt to move into the gold medal position.

However, that was short-lived as Ejike returned to exceed that mark by a further 2kg and send the crowd into raptures.

As a result, Omar was forced to settle for silver, with China adding another medal to its growing tally after Yan Yang completed a lift of 128kg for the bronze.

The Nigerian showed plenty of emotion during the competition and was delighted to go one better than her performance at London 2012.

“I knew I could beat her because I know what I can do. I was not shaking because I had confidence.”

She believes her performance will bring smiles to a lot of faces back her in her home country.

“Everybody will be very happy with this and I know my people in Nigeria will be so happy because they are expecting this medal,” Ejike said.

“People were supporting me by shouting and the more they shouted the more strength I got.”

Ejike said she planned to carry on until Tokyo 2020, but will first make the most of the rest of her time in Rio.

“I will stay until the closing ceremony and I want to show this medal off all around the city,” she said.

China’s Lei Liu delivered another gold medal for his country in the men’s up to 72kg class, but strangely lost his stranglehold on the world record to the silver medallist, Rasool Mohsin, of Iraq.

Liu cleared 221kg with his second attempt, while Mohsin’s final lift of 229kg was deemed unsuccessful by the referees, handing China the gold.

However, Mohsin returned the stage and successfully lifted 227kg for a new world record, with Liu’s attempt at 227.5 coming up short.

Nonetheless, Liu was delighted with his form which allowed him to collect Paralympic gold for the third consecutive time.

“I’m extremely happy, this gold medal means a lot to me and even more than the previous two,” Liu said.

“This one has been really difficult for me because I’ve been through a lot of hardship in the last four years with injuries and I have a problem with heart, but I’m happy that I made it.

“There are so many regrets in our life, but I really did my best and I think my lift was really strong, I maybe just lacked a bit of luck.”

Mohsin was also pleased, but was hoping to come away with more than silver, a feat he also achieved at Beijing 2008.

“It’s totally strange, I lifted 229kg and the judges had another opinion, but I thank God I could lift more and broke the world record,” Mohsin said.

“I’m looking forward to the future and I think I can break this record I got today with a better one.

“I learnt from the mistakes I made this time and I will correct my mistakes and do better.”

Day four was brought to a close with the women’s up to 67kg event where China’s Yujiao Tan was the clear winner, claiming the gold with an impressive lift of 135kg, before adding half a kilogram to her previous world record by setting a new mark of 137.5 kilograms with her fourth attempt.

Tan was joined on the podium by Kazakhstan’s Raushan Koishibayeva, who cleared 113kg for the silver, with Amal Mahmoud claiming the bronze with a lift of 108kg.

It was Tan’s first Paralympic gold and was an improvement on her silver medal performance at London four years ago.

“I’m very happy and very excited because winning the gold medal is a great recognition for all the hardship and training I went through this year,” Tan said.

“Powerlifting is a tedious sport and the training is very mundane so it is very hard to keep motivated.

“At London 2012 I was only 22 and I was very young. Now I am 26 and I’ve been through a lot of things and learnt a lot which helped me be more mature and have more determination within the sport.

Despite winning the competition by more than 20kg, Tan admitted she doesn’t let the performance of her opponents enter her mind and draws motivation from her teammates.

“I just focus on myself because I think it’s a sport where the only one I have to defeat is myself,” she said.

“We are one team and if others get good results it motivates me to do as well as they did.” 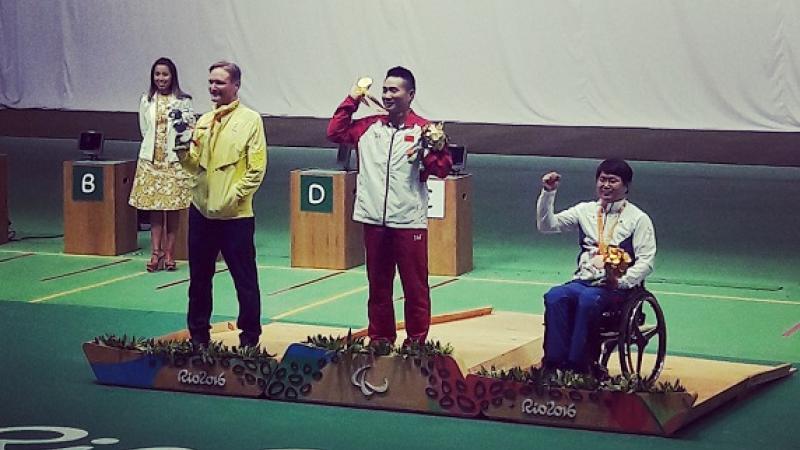 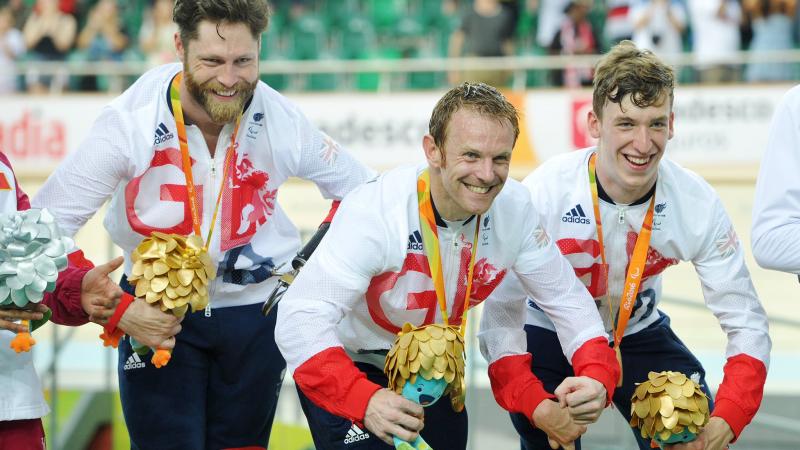