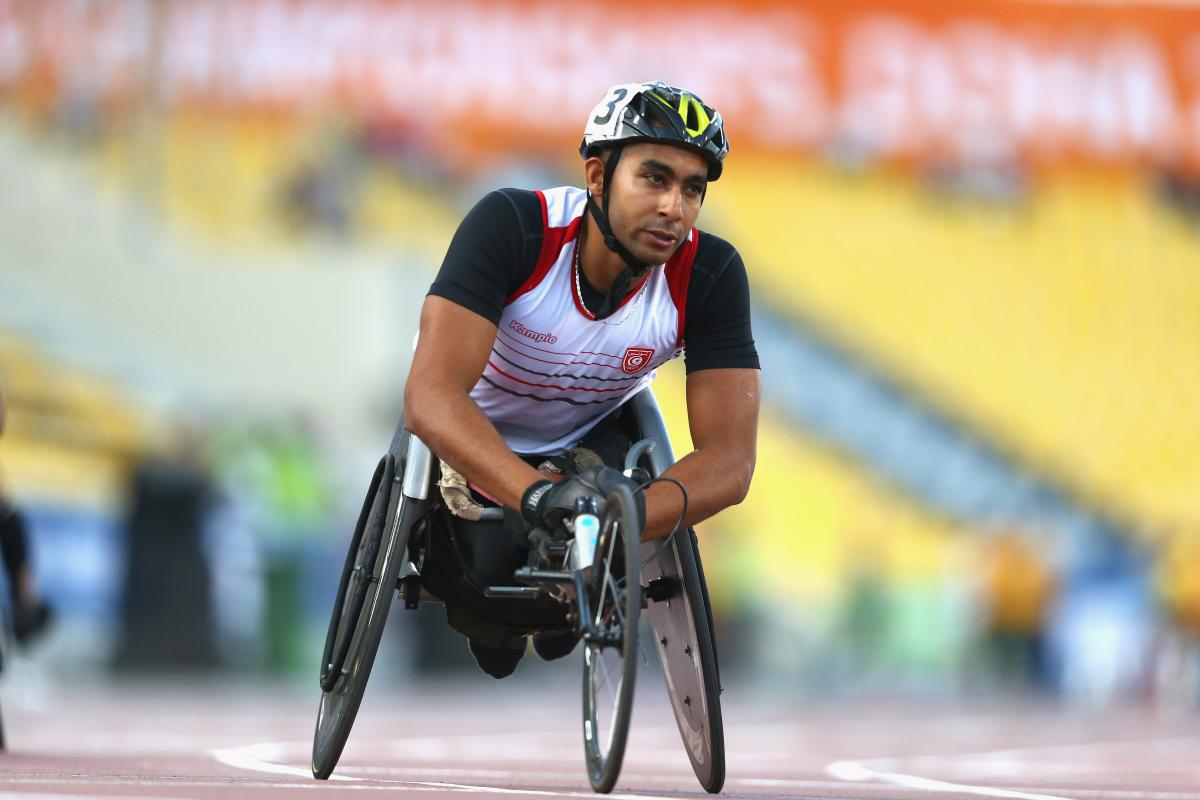 Multiple world and Paralympic champion Walid Ktila was one of a number of standout performances by the host nation on Thursday (24 March), the first day of competition at the IPC Athletics Grand Prix in Tunis, Tunisia.

At the third Grand Prix of the IPC Athletics season, the 30-year-old clocked 15.14, finishing first in the T34 class over 100m, while his countryman Fethi Zouinkhi (14.47) was the first of the T54 wheelchair racers.

Tunisian stars also picked up a number of wins in the field.

With five out of six throws over the eight metre mark - including a final round effort of 9.13m (817 points) – Missouni saw off a strong field including second placed Sochal (8.32m/677 points) and Algeria’s Paralympic bronze medallist Mounir Bakiri (7.63m/537 points), who finished third.