The full team, including Chef de Mission, coaching and support staff, will travel to Rio 2016 under the Paralympic flag. 26 Aug 2016
Imagen 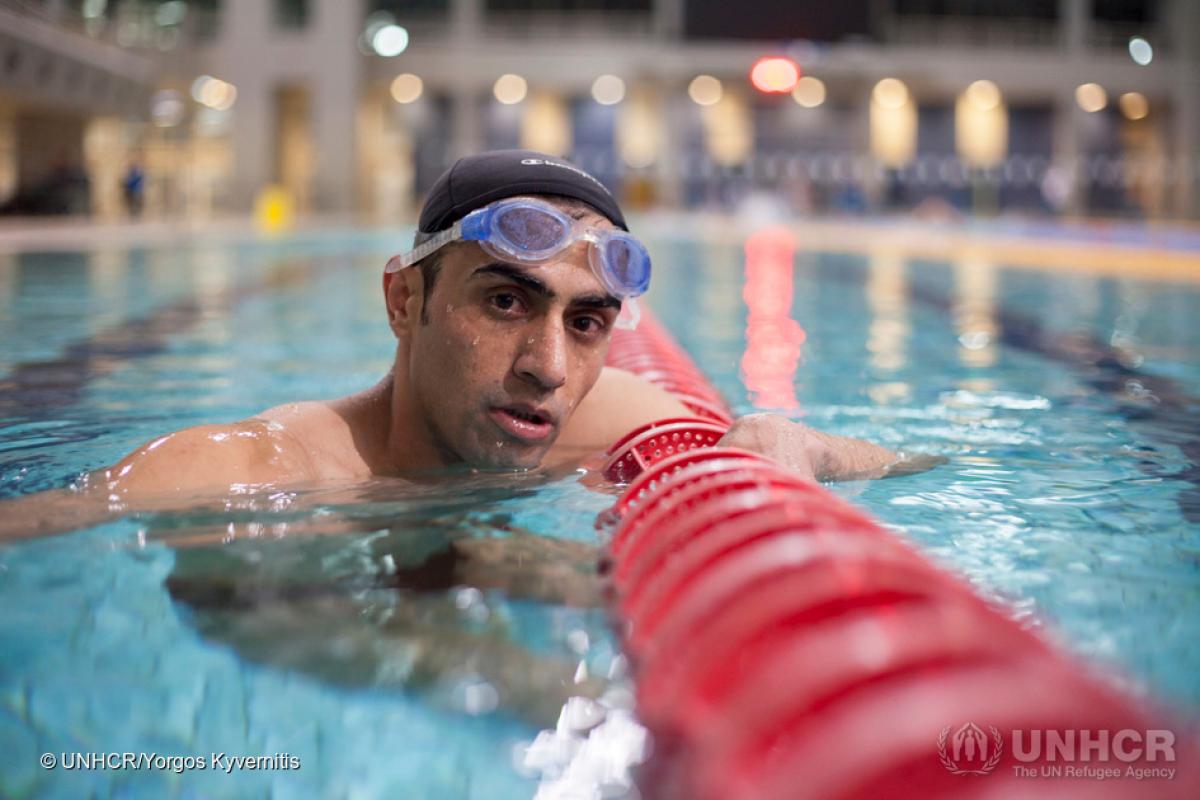 The International Paralympic Committee (IPC) has announced the two refugee and asylee Para athletes who will compete as part of the Independent Paralympic Athletes (IPA) Team at Rio 2016.

It is the first time a dedicated team of its kind will compete at the Paralympic Games, supported by a Chef de Mission, coaching and support staff.

The full team is:

•Ibrahim Al Hussein – Syrian born Al Hussein was thrust into the spotlight during the Rio 2016 Olympic Torch Relay. He carried the torch in Athens, Greece, where he is currently living and training with the help of the Hellenic Paralympic Committee. He will compete in swimming in the men’s 50m and 100m freestyle S10 (provisional) as a leg amputee.

•Shahrad Nasajpour – An Iranian living in the USA, Nasajpour will compete in the men’s discus F37. The IPC has agreed to respect the athlete’s request for confidentiality in terms of his personal circumstances.

Al Hussein said: “I have been dreaming of this for 22 years. I thought my dream had gone when I lost my leg but now it is back for real. I can’t believe I am going to Rio. I want to send a message to all those injured that they too can achieve their dreams.”

A full interview Al Hussein can be found online.

The athletes all have official refugee or asylum status. The IPC has been assisting the individuals with this as well as classification and anti-doping education, and has also been working with the UN’s refugee agency, the UNHCR, as well as the Hellenic National Paralympic Committee. Where a sport classification is listed as provisional, the athlete will be classified on site at Rio 2016.

Many partners have come together to assist the IPA Team. Worldwide Paralympic Partner, Visa, will provide support to the team and International Partner, Allianz, has contributed through insurance and support to the IPA delegation while in Rio. The Ottobock Technical Service Team will provide its specialist expertise to support the mobility needs of the team. The athletes will wear a team uniform and kit provided by Adidas and Speedo, kindly organised through the World Federation of Sporting Goods Industry, and Panasonic will provide electrical goods.

All other needs, including travel to Rio de Janeiro, are being provided by the IPC.

Chef de Mission Tony Sainsbury said: “Pulling everything together has been a real team effort and I am grateful to everyone who has helped, and all of the partners who have come through to support the team.

“These athletes will help to raise awareness of the plight of thousands of refugees and asylum seekers who make difficult decisions and journeys, often with impairments. They will help to drive social inclusion and spread the Paralympic values of courage, determination, inspiration and equality around the world.”

The IPA Team will march first at the Opening Ceremony of the Rio 2016 Paralympic Games on 7 September. They will stay in the Athletes’ Village alongside more than 4,350 athletes from 165 countries. For official presentations, such as medal and village welcome ceremonies, the Paralympic Anthem will be played.

After Rio 2016, support will be provided by the IPC’s development arm the Agitos Foundation to help IPA Team members towards competition in the 2017 World Championships in their respective sports, and to furthering opportunities for more refugee and asylees to take part in Para sport.