Four world records have now fallen in two days in the Chinese capital. 14 May 2017
Imagen 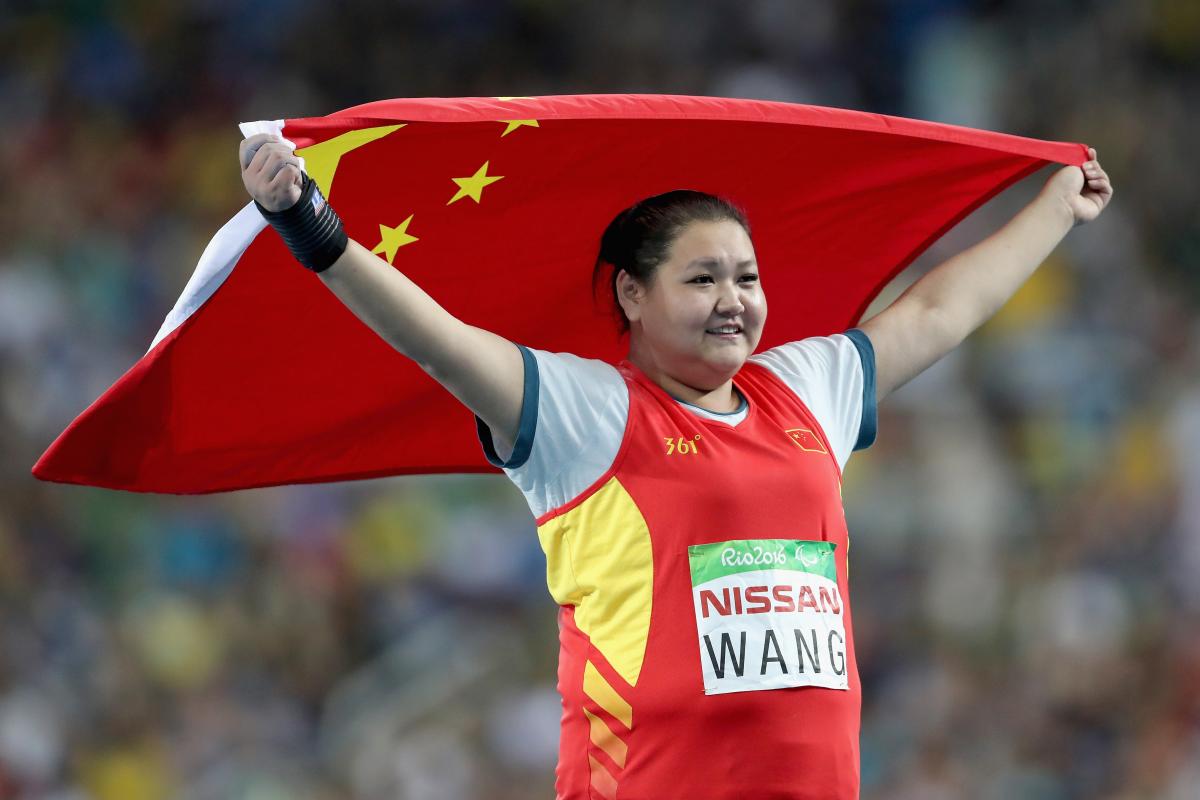 China’s top Para athletes continued to shine on day two (Sunday 14 May) of the Beijing Grand Prix as two more world records fell out in the field.

Twenty-four hours after setting a new javelin F35 world record, Jun Wang was at it again - this time in the discus F35.

The 26-year-old only took two throws – and it was her second mark of 31.92m that proved to be the record-breaker.

Wang’s outstanding throw added 50cm to the mark set by Ukrainian Mariia Pomazan four years ago and only serves to bolster her position as favourite going in to July’s World Championships in London, Great Britain.

As if that wasn’t enough, Wang secured another Grand Prix win, this time in the shot put F35/36 thanks to her throw of 12.10m – albeit nearly two metres shy of the world record mark she set to win Paralympic gold at Rio 2016.

Cuiqing Li only made his senior international debut at this Grand Prix two years ago but the world and Paralympic bronze medallist showed no lack of experience as he set a new world record in the discus F36.

Li’s best throw of 42.96m added 78cm on to the mark set by Germany’s Sebastian Dietz at the 2013 World Championships in Lyon, France.

A number of China’s reigning Paralympic champions excelled in the field.

Five-time Paralympic gold medallist Na Mi finished more than one metre clear of her rivals as she took gold in the shot put F37 after a best throw of 12.29m in the morning session before adding discus F37 gold in the afternoon with a second-round effort of 32.15m.

Results went to form in the women’s shot put F54 as reigning world and Paralympic champion Liwan Yang took the top spot with a best of 7.60m – 30cm off her own world record mark.

Paralympic and world champion Liangmin Zhang came out on top in the women’s discus F11 with a best of 34.25m, having won the shot put F11/12 earlier in the day thanks to her second-round effort of 10.66m (888 points).

However, success didn’t all go the way of the host nation – Bahrain’s Fatema Nedham was amongst the visitors who clinched gold.

The 50-year-old, who became the first female representing Bahrain to win a medal at the Paralympic Games when she won shot put F53 gold at Rio 2016, threw 4.68m in the shot put F34/53 – 8cm short of her winning throw in Brazil.

Action on the track meanwhile was dominated by the 100m sprints.

There were a number of middle distance races too – reigning world champions Lihong Zou (1:52.74) and Chengming Liu (1:36.06) were amongst the 800m winners, crossing the line first in the women’s and men’s T54 races respectively.

Full results from Beijing can be found here.

The Beijing Grand Prix concludes on Monday 15 May, with the seventh Grand Prix of the 2017 season taking place in Paris, France on 30-31 May.