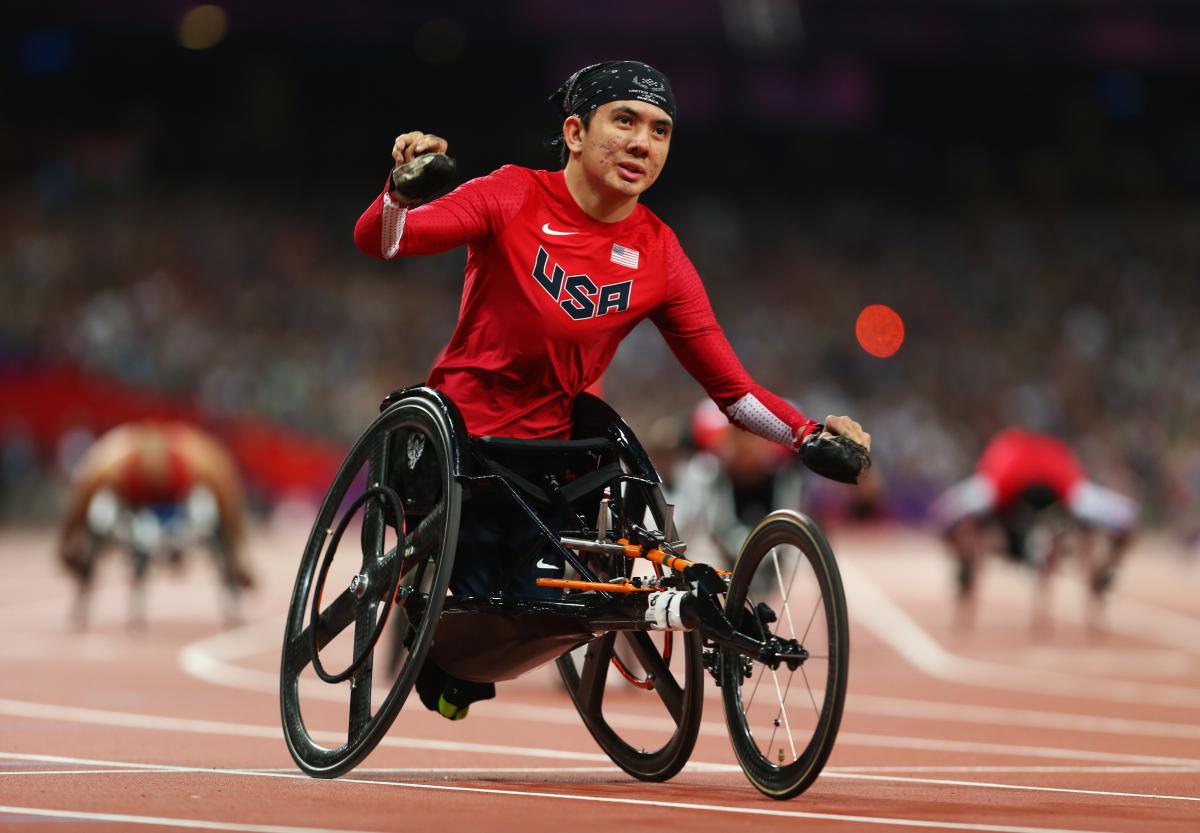 Editors note: This article has been amended to reflect previous inaccuracies.

America’s rising star Raymond Martin continued on his upward curve this weekend (10 May) with the 20-year-old (30.02) breaking his own 200m world record from 2012 by 0.16 seconds at the IPC Athletics Grand Prix in Mesa, Arizona, USA, to add to his five gold medals from the 2013 World Championships.

Martin took wins in all events from 100m through to 1,500m to stay at the top of his game on his Grand Prix season debut.

Canadian Brent Lakatos would have broken a ten-year old world record but for the wind-speed in the men's 200m T53. Lakatos, 33, posted a time of 25.19 seconds to beat Brazil’s Ariosvaldo da Silva (25.54) and the USA’s Brian Siemann (26.15) at the track at Red Mountain High School.

USA’s world bronze medallist Jerome Singleton (11.40) went head-to-head with teammate David Prince (11.70), winning the men’s 100m T44 and following through on his assertion a new prosthetic would mean that he was able to come out fighting in 2014. Brazilian Renato Nunes da Cruz (12.25) completed the top three. In the absence of Singleton over the longer distances, Prince took wins in the 200m and 400m to follow on from his podium finishes from Lyon 2013.

Veteran April Holmes, a long-serving member of Team USA, showed that she is still the national woman to beat in the T44 classification with wins in the 100m and 200m.

Rounding off a fantastic two days for the American team, Shirley Reilly won all four of her races from the 200m upwards, including the 1,500m in which she will face rival Manuela Schaer next weekend (16-18 May) in Nottwil, Switzerland, in Schaer’s home Grand Prix.

Full results are available at the Desert Challenge Games website.

The next stop for the IPC Athletics Grand Prix will be Nottwil, Switzerland, from 16-18 May. Media accreditation for the event, which will feature several legendary clashes, is available from evelyn.schmid@spv.ch. It is also the first European Grand Prix to take place ahead of the 2014 IPC Athletics European Championships from 18-23 August in Swansea, Great Britain, for which tickets are on sale now. 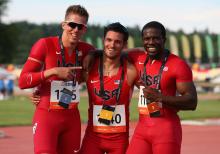 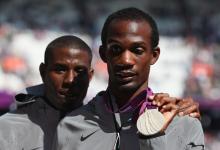