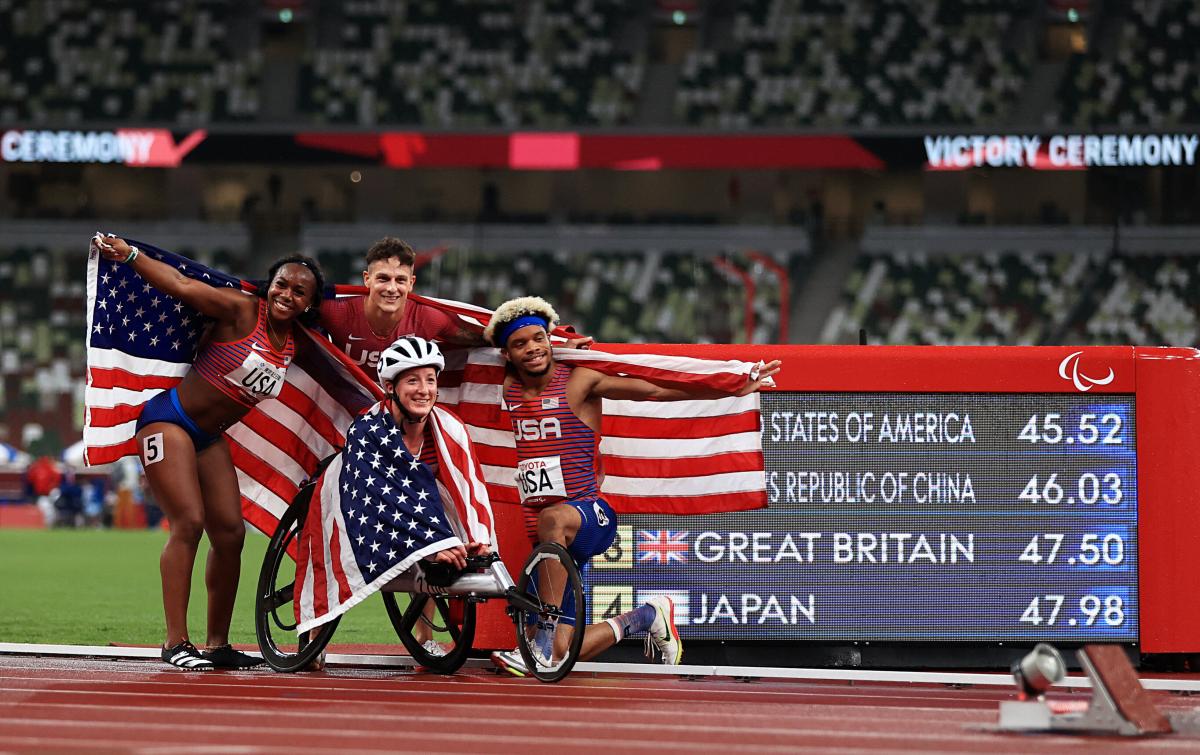 Wheelchair racer McFadden took her eighth Paralympic gold and 20th medal as she anchored the USA home in the event in a team with Noah Malone, Brittni Mason and Nick Mayhugh.

"It's been really amazing and I wouldn't want to do it with any other team. It's a really special team. We've got such a bond. It is something that I will always remember. I will keep it in my heart," said McFadden.

USA took the victory with a new world record (45.52) in front of Great Britain in second and Japan in third place.

Gonna tell my kids this was the Fantastic Four ⚡@TeamUSA | #ParaAthletics pic.twitter.com/LhoZteuTvC

Johannes Floors of Germany ended five years of hurt as he finally blasted to Paralympic Games 400m glory at Tokyo 2020 on Friday.

The German screamed "I am the champion" as he crossed the line in the T62 already celebrating his first individual gold on Para sport’s biggest stage.

“It’s such an emotional moment,” said Floors after winning by 2.10 seconds in 45.85. “You don’t think about what you’re screaming after crossing the line. It was a real emotional sentence.

“This is my dream, this is what I work for. I can’t describe it. I’m missing words. I can’t remember the race to be honest, but it was close to perfect for these conditions.”

Floors missed the 400m final at the Rio 2016 Paralympic Games having suffered an injury while celebrating anchoring Germany’s 4x100m relay team to victory.

The world record holder also had to settle for a shared 100m bronze on Monday as the battle of the blade runners was won by fellow German Felix Streng.

“It was five tough years,” the 26-year-old said. “We had two World Champs in between and one Europeans and I was able to race them properly."

Broken wheelchair not a problem for Genyn

Peter Genyn of Belgium got his revenge in the men’s 100m T51 having patched up his wheelchair with duct tape after he discovered it broken two hours before the final.

"We used parts from different chairs and a lot of duct tape," Genyn said after winning ahead of Finland's Toni Piispanen, who beat him in the 200m on Tuesday.

"We had just arrived 45 minutes before the warm-up and we had three flat tyres and a broken compensator. Everybody did everything they could to help, including the Dutch team," said Genyn.

"We changed the spare wheels. Thankfully I'm a maniac about my equipment and I had lots of spares. And I got my revenge."

Poland's Karolina Kucharczyk finally got the taste of a Paralympic gold winning in the women's long jump T20 with a new Paralympic record (6.03m).

Marlene van Gansewinkel from the Netherlands won the women's 200m T64 race clocking 12.78 to set a Paralympic record on her way to a second gold in Tokyo.

Well Marlene, let us tell you something...
You are the T64 queen. 👑#ParaAthletics #Paralympics #Tokyo202 @TeamNLtweets pic.twitter.com/XzYzEY5nhN

"Amazing. It's a feeling I really can't describe. I was nervous because in the 100m a small mistake can cost you the title. Even though I made a small mistake, I got the title," said Gansewinkel.

Golds for South Africa and Australia

After finishing second at the Rio 2016 Paralympic Games, Robinson took her first-ever major international title in Tokyo with a throw of 40.99m.

“Coming into this one, it was the most important thing to make sure that I get the gold medal and also to enjoy it. I really enjoyed this race coming out of the bend and be able to push through. I was very excited after this race.”

China tops the medal count in Para athletics with 21 golds after eight days of action in Tokyo.

* The review was initially published on 3 September 16:59 and updated with the result of the men's shot put F57. 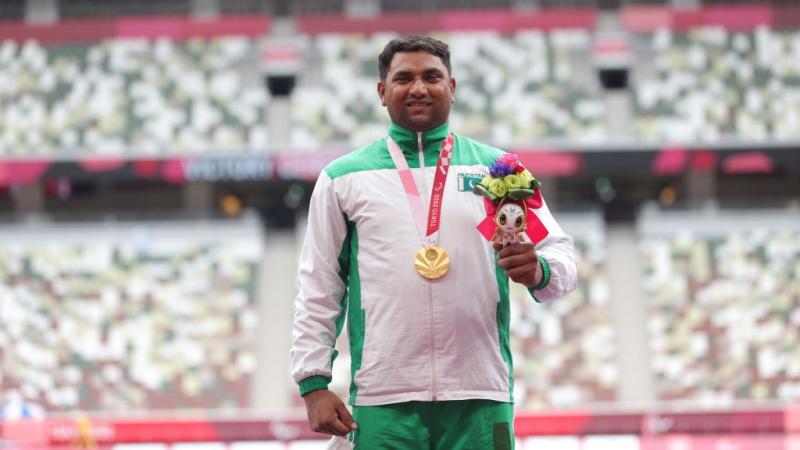