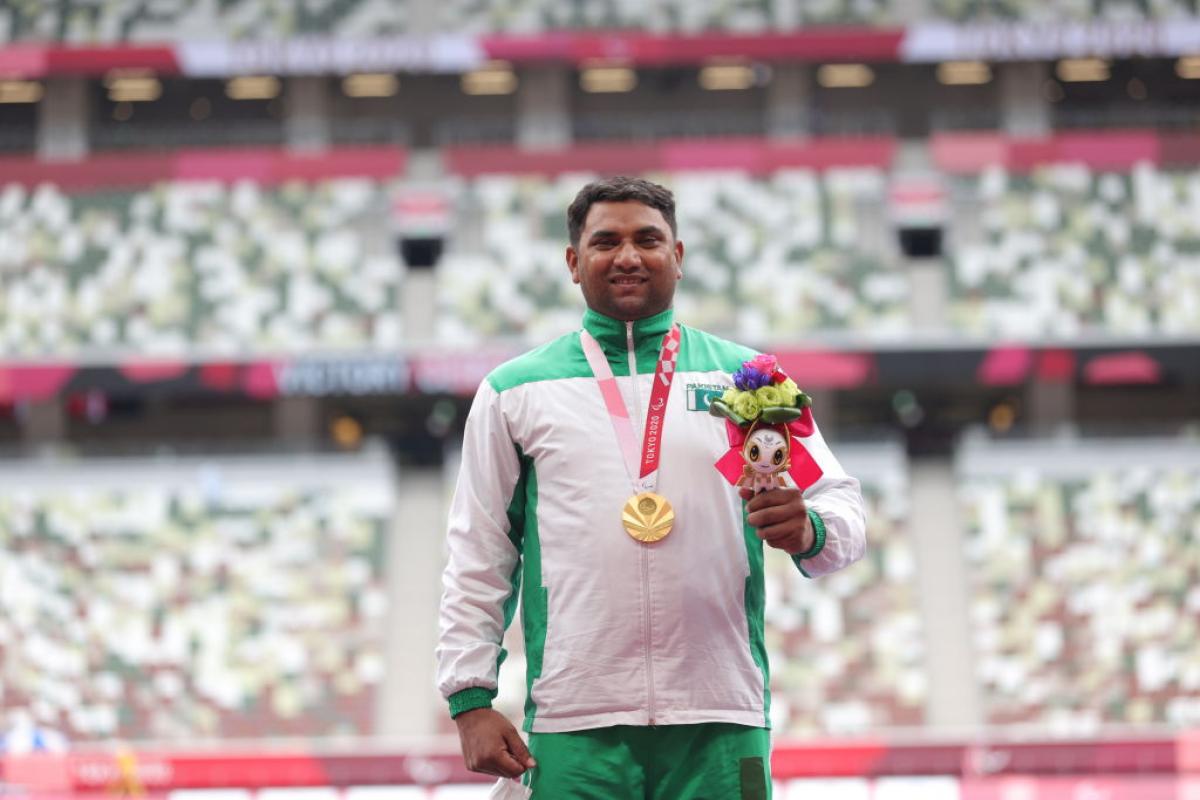 “It is great to make history for my country again,” Ali said following his triumph in the men’s discus F37 (55.26m) in Tokyo’s National Olympic Stadium on Friday (3 September). “I finally have the gold.”

The 36-year-old opened his medal count with long jump silver at the Beijing 2008 Games followed by a bronze in the same event at Rio 2016.

They are the only three Paralympic medals Pakistan have won, and Ali is keen for someone else to follow him on to the podium.

“This gold will be very important for para sport in my country," he said. "I hope to be a role model for other people to take part in para sport.”

There was double gold joy for Great Britain as Owen Miller won the men’s 1500m T20, and Jonathan Broom-Ewards soared to victory in the men’s high jump T64.

USA’s Raymond Martin made it an almost perfect 10 as he won the men’s 100m T52 for his 10th medal in 10 events, spanning three Paralympic Games.

It was the seventh gold of his career. He also has three silvers, including two from Tokyo 2020.

“Getting the 10th one, you have to say it’s special,” Martin said. “Ten events, 10 medals. To come out with a gold, I’m so excited and thrilled."

"It's been an incredibly long five years, so many ups and downs. The high of winning in 2016, then I broke my foot and had a couple of years away from the sandpit,” Grimaldi said.

"So many people have dedicated a lot of time to this, and it makes me so emotional thinking about what this represents to me and other people back home."

Poland also bagged a gold in the morning session with Barbara Bieganowska-Zajac taking her third Paralympic win in the women’s 1500m T20.

Uzbekistan was the other country to top the podium on Friday in the women’s shot put F12 as Safiya Burkhanova triumphed with a 14.78m-throw.

China look favourites to win gold in the 4x100m Universal Relay - being held at the Paralympics for the first time - in the final on Friday night after breaking their world record in the heats.

The event sees two male and two female athletes competing from four of the para athletics categories with the last leg completed by a wheelchair athlete.

The overall medal table is topped by China with 21 golds so far.