Venezuela wins historic Paralympic golds in a span of 15 minutes 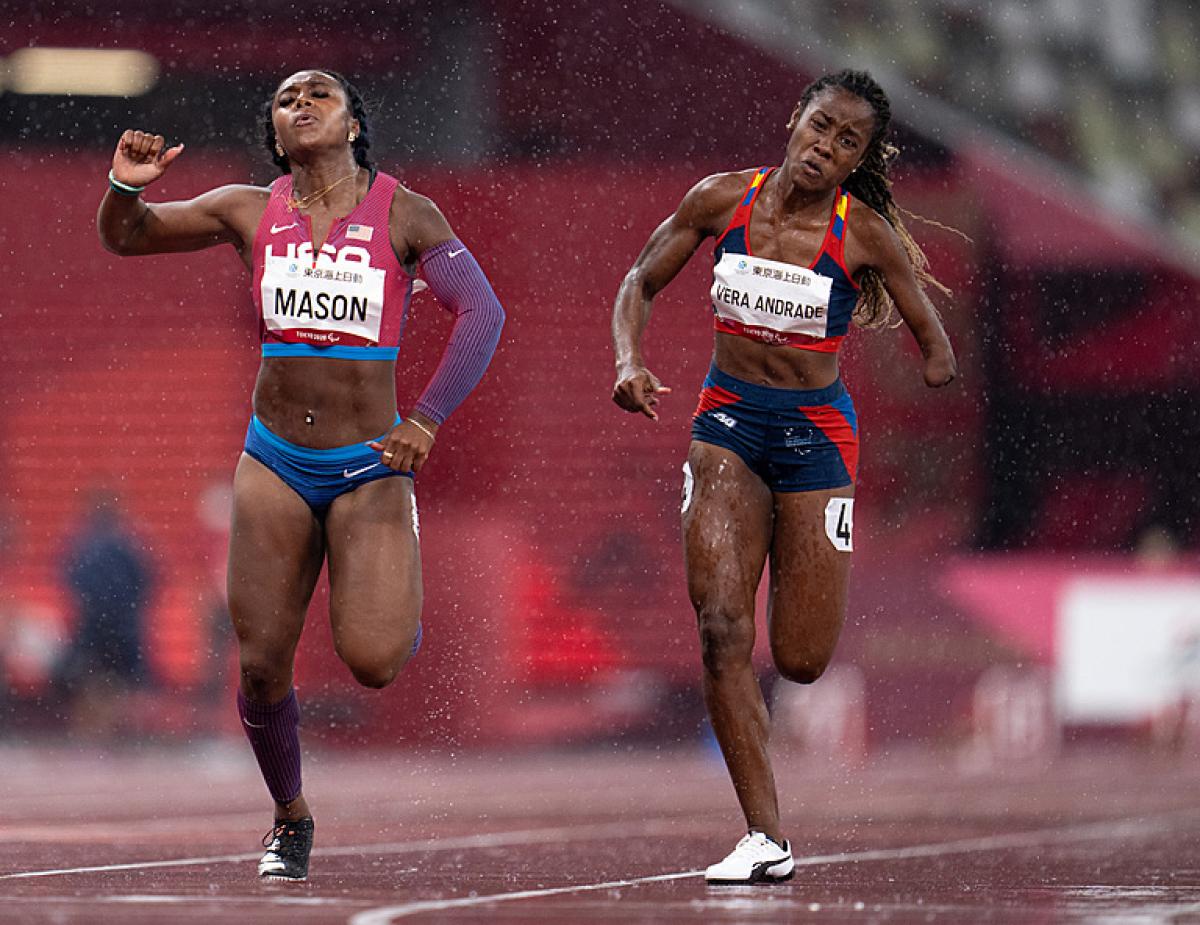 It was a night to remember for Venezuela on day five of the Para athletics action at the National Olympic Stadium in Tokyo.

Until Tuesday, 31 August the South American nation had one Paralympic gold in history from Beijing 2008 in judo. Then, they celebrated two titles inside 15 minutes.

"It's very difficult to express my feelings, to be able to bring the medal to my country. I'm very excited," said Andrade.

"When I crossed the finish line I didn't realise I'd won, because Brittni Mason was a very strong competitor. When I finished I didn't know how to express my feelings in the moment."

#VEN had never won a @ParaAthletics #gold medal... then two came along in 15 minutes! 😲

Iglesias wins for her adopted country

Adiaratou Iglesias celebrated being crowned Paralympic champion for her adopted Spain after triumphing in the women’s 100m T13 in 11.96.

"In Mali, people with albinism are chased because of superstitions,” the 22-year-old said, who moved to Spain when she aged 11. "Life would be completely different [to life now]."

Ekler and Gansewinkel get first golds

Hungary's Luca Ekler is another rising European star who won her first Paralympic gold medal on day five. She triumphed in the women's long jump T38 breaking her own new world record twice to take gold with 5.63m.

"It’s a dream come true. I can’t find any words to express myself. I am incredibly happy. I wanted to beat my world record and when I did it the first time [5.60 on her first attempt], I was like, ‘oh my god', I really did this."

We see what you did there, Luka 🙃#ParaAthletics #Paralympics #Tokyo2020

Marlene van Gansewinkel from the Netherlands added the Paralympic title to her European Championships gold in the women's 200m T64 (26.22). It was her first Paralympic gold as well.

Maksym Koval from Ukraine won the men's shot put F20 with a new world record (17.34m) in a decision which is pending an appeal from Australia, Ecuador and Malaysia.

The last European gold of the day came in the men's 400m T20. French Para athlete Charles-Antoine Kouakou won with a 47.63-time.

“It’s the first time [racing in rain such as this]. I was pretty worried I wouldn’t do well, but I did better than I expected. I let everything flow and didn’t think too much,” said Zhaoqian.

Despite McFadden's unsuccessful quest towards the medal, the USA won two golds in the night session on day five. Sam Grewe celebrated victory in the men's high jump T63 (1.88m) after taking silver five years ago in Rio de Janeiro.

"That's what fuelled me. I came out and I missed the first two attempts at 1.88m. I remember very vividly at my starting line looking up at the board and seeing my name second, and I knew at that jump I was going to clear it because I was not ready to walk away with the silver again," he said.

At the same distance in the men's T38 class, Mexico's Jose Rodolfo Chessani won gold with a time of 49.99.

Besides Zhaoqian's, China bagged two more golds in the evening session and now tops the Para athletics medal table with 16.

Complete results and medallists from the afternoon session can be found on Paralympic.org.