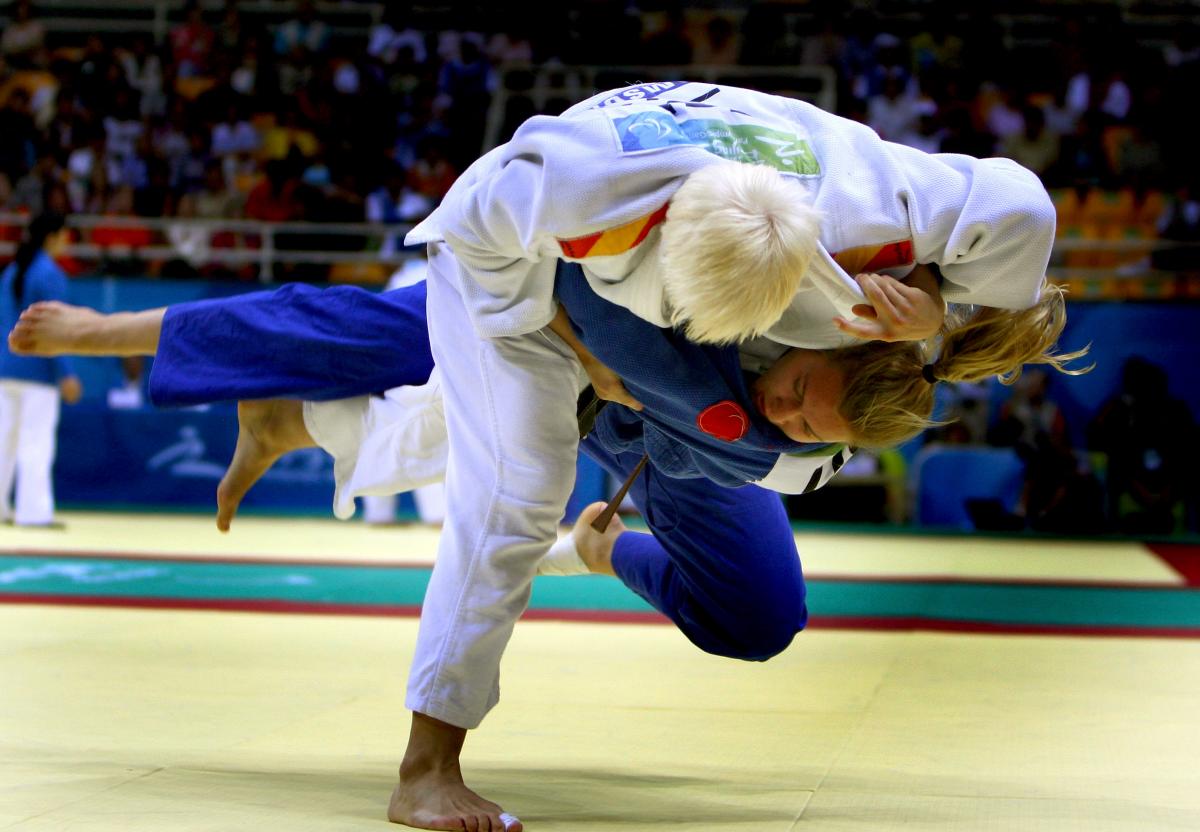 Jordan Mouton of the USA (Blue) competes in the Judo -70kg match against Maria del Carmen Herrera of Spain.

“We are excited to have such a great group of athletes.”

Six athletes were nominated to USA’s Judo team for London 2012 on Sunday (22 April) at the nation’s trials in Irving, Texas.

Porter finished a disappointing fifth at the Beijing 2008 Paralympic Games, but has since won bronze at the 2010 World Championships. He then went on to claim gold at the 2011 Parapan American Games after a shocking win over four-time Paralympic gold medallist Antonio Tenorio of Brazil.

Mouton was a world champion in the women’s 63kg division in 2009 and represented USA at the Beijing 2008 Games. Katie Davis (+76kg), Ron Hawthorne (60kg), Chistella Garcia (70kg) and Dartanyon Crockett (90kg) also earned the right to compete in London.

“We are excited to have such a great group of athletes,” said head coach Scott Moore. “We are looking forward to training hard and bringing home medals for the US. This is the largest team the US has fielded for the Paralympics since 2000, and it is the first time we have qualified more than one weight for the women.”

Eddie Liddie, an Olympic bronze medallist and USA Judo’s Director of High Performance said it is possible that USA could also qualify to send a judoka in a seventh division.