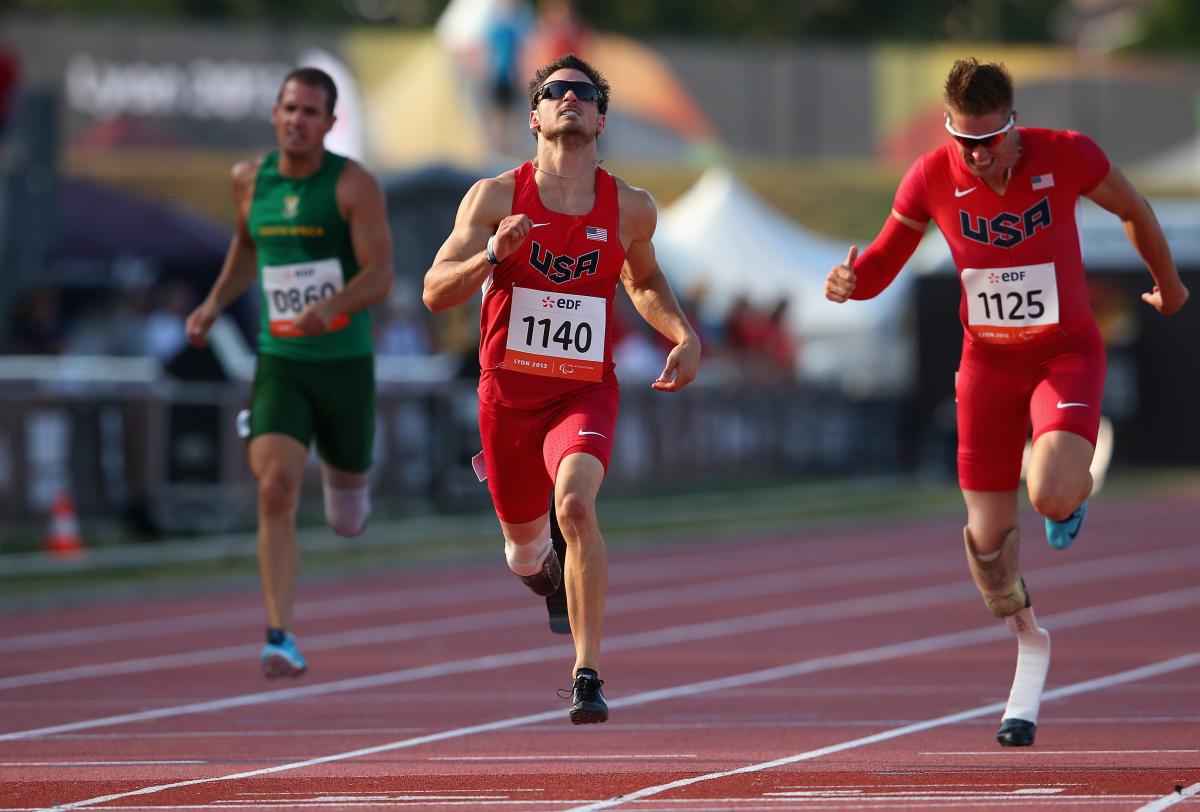 US double world champion Jarryd Wallace raced to victory in the men’s 100m T43/44 on the second and final day of competition (Saturday, 16 May) at the IPC Athletics Grand Prix in Tempe, USA.

The 25-year-old clocked an impressive 10.92 to get the better of a stellar field which included two of his main rivals, teammates David Prince and Jerome Singleton.

Martin, who topped the podium at the IPC Athletics Marathon World Championships last month, then rounded off a highly successful Grand Prix with victory in the 1,500m T51/52, finishing in 3:44.33 - nearly seven seconds ahead of world bronze medallist and compatriot Steven Toyoji.

The USA’s experienced sprinter April Holmes made amends for her 200m defeat on day one in Arizona as she clinched victory in the women’s 100m T43/44. The former world and Paralympic champion clocked 13.53 to turn the tables on Canada’s 200m Grand Prix champion Marissa Papaconstantinou (14.24).

And enjoying success as she starts out on her para-athletics career is the USA’s talented teenager Alexa Halko, who continued to impress at the Sun Angel Stadium, racing to victory in the women’s 100m T33/34/51/52 in 19.25. At just 14-years-old Halko shows plenty of promise for the future. Canada’s Michelle Stilwell was second in 20.09, but the triple world champion enjoyed her moment of glory in the 400m T34/51/52, winning in 1:11.13.

A number of other US athletes also enjoyed multiple successes over the two days of track and field action. There was a straightforward victory for world silver medallist David Brown in the men’s 400m T11/12 (54.85), while Shirley Reilly also secured her second victory of the meeting with a win in the women’s 400m T53 (1:01.10).

Out in the field, US Paralympic and world discus F44 champion Jeremy Campbell proved unbeatable in the men’s discus F42/43/44/45, rounding off his competition with a best of 58.33m.

Results also went to form in the men’s long jump F11/12 as US long jump T11 world champion Elexis Gillette managed to register a mark with his sixth and final attempt - 6.39m proving enough to take the win.

The IPC Athletics Grand Prix series now heads to Europe, with the seventh in the 2015 series taking place in Nottwil, Switzerland, on 29-31 May.

Athletics
Series of US wins at home athletics Grand Prix