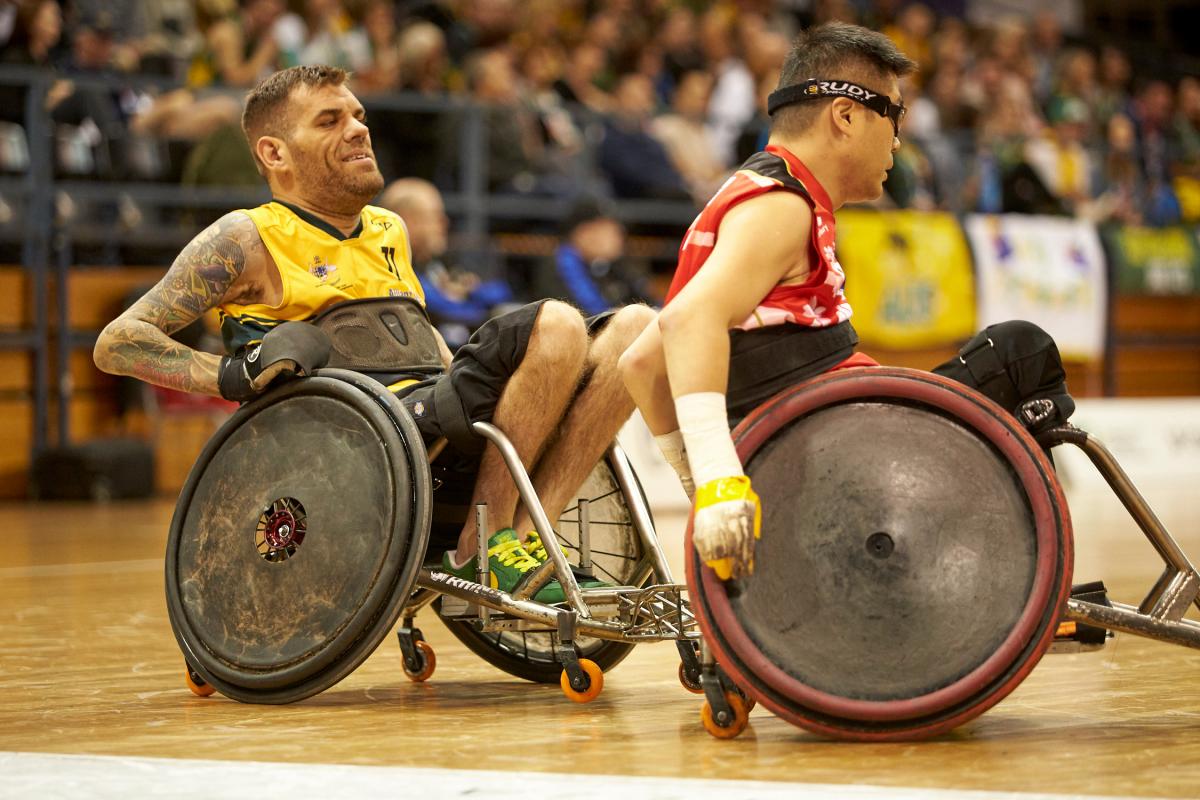 ⒸIWRF/Cherie Harris
By Beau Greenway | For the IPC

“I loved playing, loved the tournaments, loved travelling with the guys and all of that, but I realised I probably wasn’t putting in as much as I needed to play at that level anymore.”

One of wheelchair rugby’s most successful players, Ryan Scott, is retiring from the sport after a decorated international career spanning 17 years. The 36-year-old was a member of the Australian teams that captured gold at both the London 2012 and Rio 2016 Paralympic Games, as well as the 2014 World Championship.

The 0.5 classified player was denied a fairytale finish on home soil as the Steelers went down 62-61 to Japan in a thrilling gold medal match at the 2018 Worlds in Sydney, Australia, in August.

“I’ve watched that game a few times since being home and it’s hard to get it out of your mind, it’s one that’s going to stick with me for a long time,” said Scott.

“It was an opportunity I don’t think any of us will get again to try and win on home soil.

“It’s been 18 years from the (Sydney 2000) Paralympics to having the World Champs back in Sydney and it might be another 18 or 20 years before it happens again.

“Hopefully the other boys that are planning on going over to Tokyo (2020) are able to put it behind them and move forward.”

Scott had considered retirement for a while and admitted finishing after the Worlds was the right time.

“I took last year off to get my shoulder right and came back this year with the big draw card of a home World Champs,” he said.

“I loved playing, loved the tournaments, loved travelling with the guys and all of that, but I realised I probably wasn’t putting in as much as I needed to play at that level anymore.”

Scott admitted it was one of the toughest decisions he has had to make, particularly with another Paralympic Games just around the corner.

“As big a draw card as it would have been going to my fifth Paralympics, with the chance of winning three Paralympic golds, if you’re not putting [it] in between now and then, you’re not going to be playing at your best anyway.”

It has only been the last few weeks that Scott has taken the time to truly reflect on everything he has achieved.

“(Former Australian low-pointer) Naz (Erdem) mentioned it when he retired that you were just going along and didn’t really think too much about it, it was just part of life,” Scott said.

“The next tournament would come and you’d start to focus on that and work hard to go to that.

“When you sit back and look at it, there’s been so many amazing times and amazing tournaments and there will be certain games that just stick out in your head and guys will still talk about.

“There will be players around the world that will no doubt be better than me and best in their own classification that might never get to play in a Paralympic final or might not even get to a Paralympics.

“We’ve played in every major final since 2008, so it’s something to be pretty proud of.” 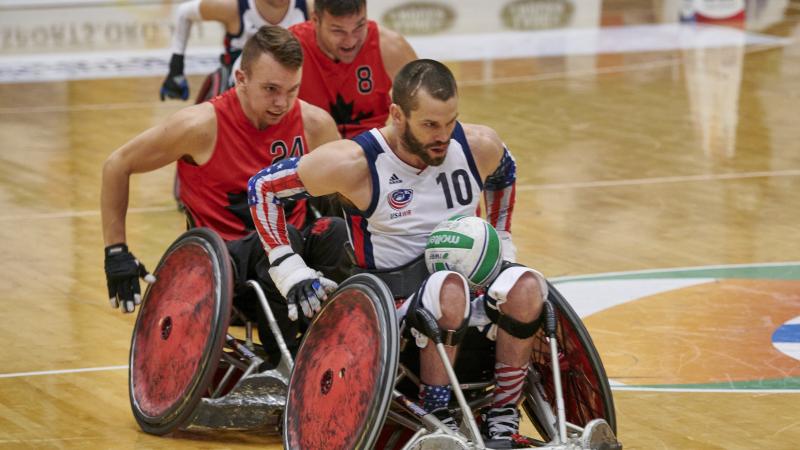