The veteran flirts with the idea of retirement after a fourth Paralympics, but still has interest in Tokyo 2020. 01 Dec 2016
Imagen 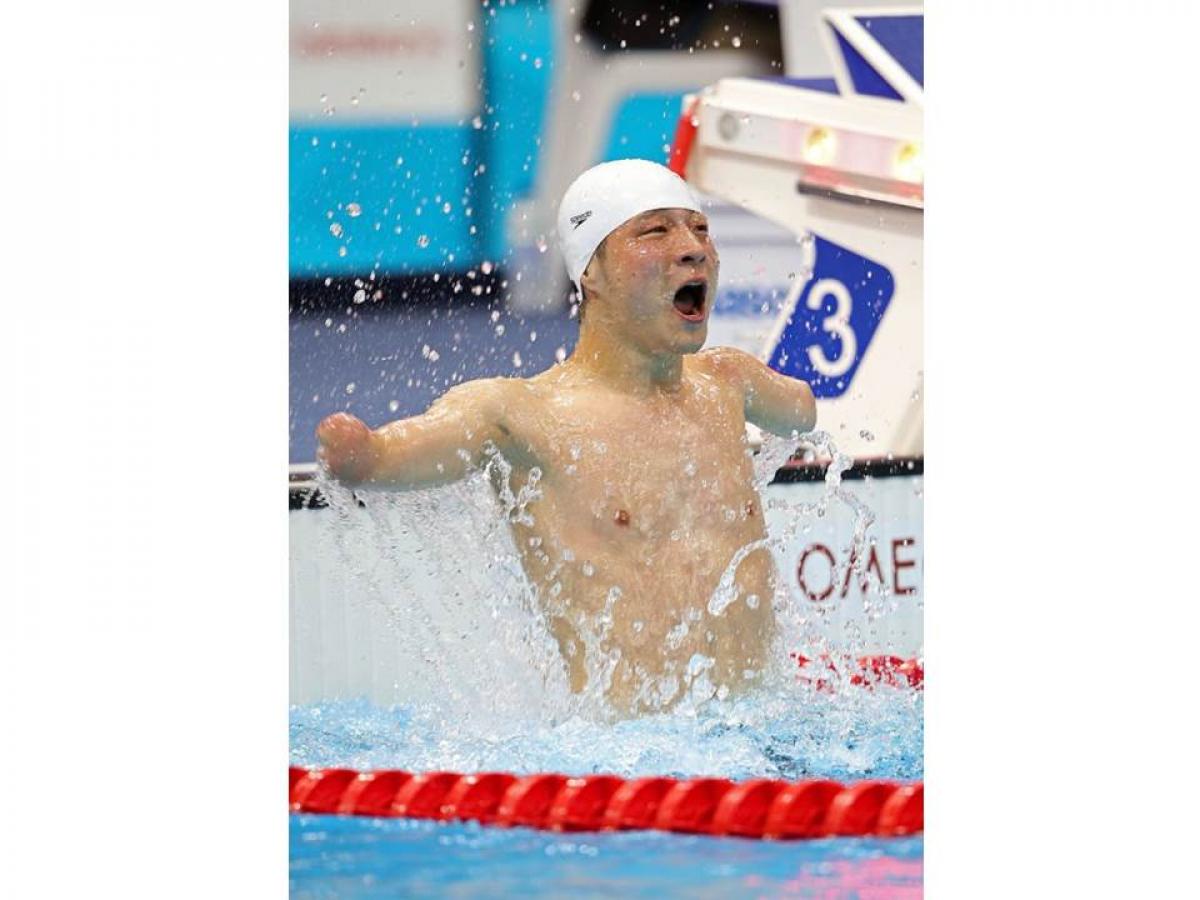 “I’m a lot faster at major competitions than when I’m just being timed,”

Rio 2016 was Xu Qing’s redemption when he added three more gold medals to his gilded tally, as they made up for the difficult four years he had leading up to the Games.

Now, after putting all of his four Paralympic Games in perspective, considering all the ups and downs, the Chinese swimmer would still like to go for Tokyo 2020.

The 24-year-old recognised how far he has come. He went from nationally ranked second, to making his first Paralympic roster in 2004 at age 11, to triumphing in front of an electrifying home crowd in Beijing 2008, to hearing the Chinese national anthem play for the 10th time of his career in Rio de Janeiro.

“Getting that 10th gold medal was the highlight of these Games,” said Xu, who won golds in the 50m butterfly S6, 50m freestyle S6 and 4x50m freestyle relay 20 points. “Especially after all this time I spent thinking that I might go home empty-handed.”

At London 2012, Xu showed his impenetrable force with four world records. His time of 28.57 in the 50m freestyle S6 still stands out.

“Strictly speaking of athletic performances, 2008 and 2012 were probably my peak in terms of results, success and confidence. In 2004, I was at the bottom, because I hadn’t set goals yet. I was just curious to discover the world and go to the Games. My confidence hadn’t been established yet,” he said.

Every element between 2012 and 2016 led Xu to believe he would not be able to repeat his past victories. But he and his coach overlooked a detail.

“So, I’m a lot faster at major competitions than when I’m just being timed,” he said as he chuckled.

But training struggles and gaining weight since London 2012 made him think he was past his prime.

“I hadn’t had the best preparation coming into the Games, so the expectations were really low, my confidence hit rock bottom and that diminished my overall enjoyment of competing in Brazil,” he explained.

The idea of retirement came up, as he thought it was time to move on, settle down and set new goals.

“Age is eventually going to take a toll on my career, and I know I can’t win all the time. I want to do other things: get my degree, get married, have a new career,” he said.

Xu credited his love for swimming, his family’s support and his friends and coaches advising him to keep competing as his motivation for Rio, and even for a fifth consecutive Paralympic berth at Tokyo 2020.

Another event Xu might be targeting is the 2017 World Para Swimming Championships from 30 September to 7 October in Mexico City.

“I think I’ll go for four more years,” he said.

The Henan native lost both of his arms during a car crash. He started swimming in 1999 after a trip to Wuhan, where a medical prosthetic sales representative, who himself had been a Para table tennis athlete, suggested he take up sports.

Xu is also thinking about his education. He is now enrolled in university with some fellow Paralympic teammates, training and living together with some of them.

“We are the first ever class of Paralympic champions at the Beijing Sport University,” he explained. “I major in physical education. It’s a lot more complicated than swimming.”