The sixth Parapan American Games will kick off in exactly 1,000 days in the Peruvian capital city. 25 Nov 2016
Imagen

With 1,000 days to go until Lima 2019, here are five things you need to know about the sixth Parapan American Games.

1. It is set to become the biggest Parapan American Games ever, with a record 1,850 athletes competing in 17 sports, two more than at Toronto 2015.

2. The logo was unveiled in October and it shows three athletes raising their hands to celebrate on the Flower of Amancaes, which is native of Peru, symbolising their determination, courage and joy of competing, and the union amongst them all on the Parapan American podium.

3. Archery has been removed from the sports programme, whilst badminton, shooting and taekwondo will make their Parapan American debut in Lima. Apart from these three, the programme will be made up of athletics, boccia, cycling, football 5-a-side, football 7-a-side, goalball, judo, powerlifting, sitting volleyball, swimming, table tennis, wheelchair basketball, wheelchair rugby and wheelchair tennis.

4. The first edition of the Parapan Ams took place in Mexico City in 1999, followed by Mar del Plata, Argentina, in 2003. In 2007, they were staged in the same city as the Pan American Games for the first time, with Rio de Janeiro, Brazil, as the host. Guadalajara, Mexico, welcomed the second integrated Parapan Ams in 2011, whilst Toronto, Canada, staged in 2015 the biggest Games so far with 1,600 athletes from 28 countries competing in 15 sports.

5. The Lima 2019 Parapan American Games will take place from 23 August-1 September in a city that is only 80 minutes away by plane from the region of Cusco, where the 15th century’s famous Inca city of Machu Picchu is located. 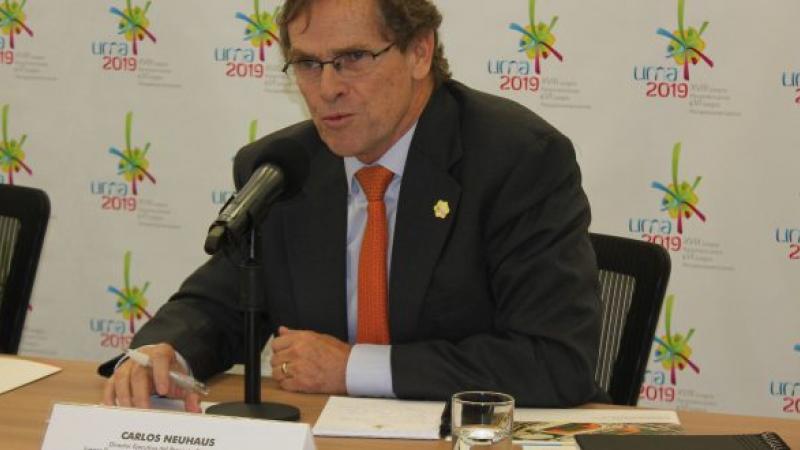