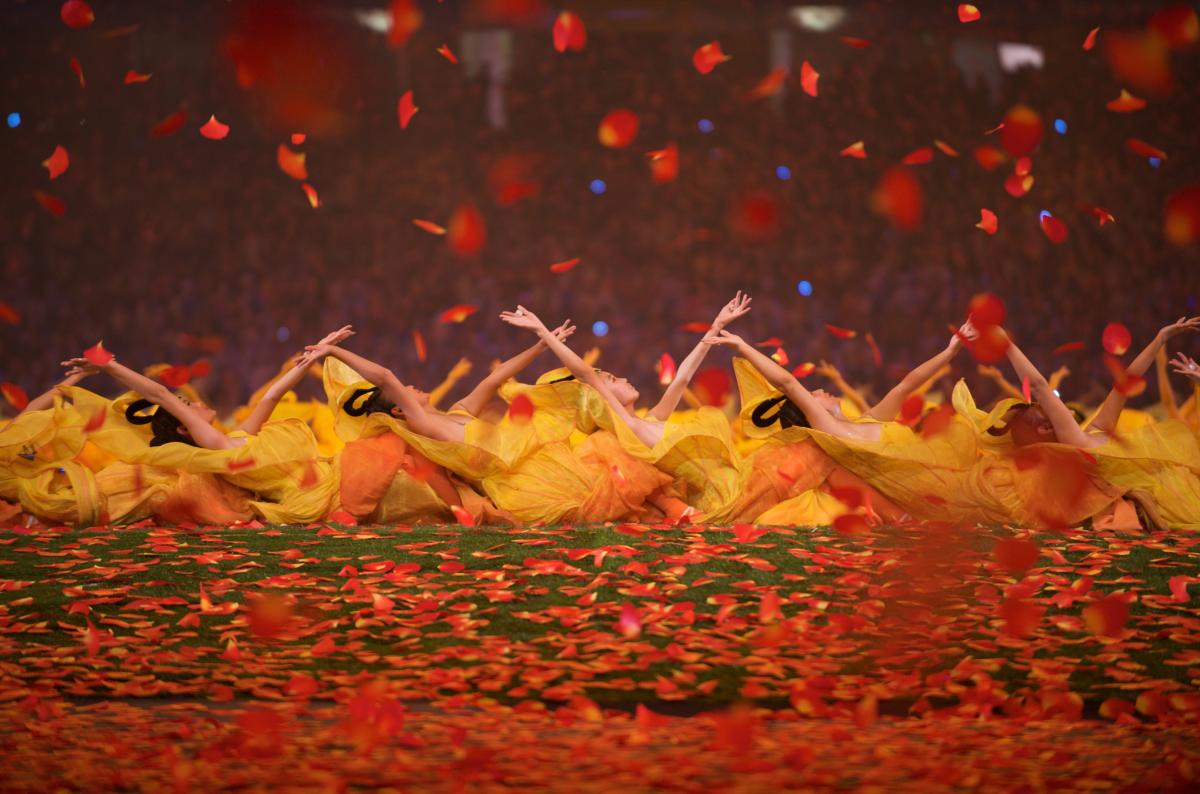 Dance performance at the closing ceremony of the Beijing 2008 Paralympic Games.

Said IPC CEO Xavier Gonzalez: “An audience of 3.8 billion is more than twice the total for the ATHENS 2004 Paralympics. These numbers confirm that there has been a great growth in interest for the Paralympic Games.”

Several more broadcasting records were broken in Beijing, including more Rights Holding Broadcasters seen at the Paralympics than ever before, 64 in total. China as the host country attracted the largest cumulated audience with nearly 1.4 billion people, followed by Japan (670 million), Germany (439 million) and France (329 million).

Said IPC CEO Xavier Gonzalez: “An audience of 3.8 billion is more than twice the total for the ATHENS 2004 Paralympics. These numbers confirm that there has been a great growth in interest for the Paralympic Games.”

The highest live audience was registered for the Closing Ceremony on 17 September at prime time on CCTV-1 with 51 million viewers. Upon high public demand, NOS in the Netherlands re-aired the Opening Ceremony and aired the Closing Ceremony live, even though this was not planned before. BBC received market shares of up to 10% for its daily highlight show “Paralympics 2008: Games Today”, being aired during prime time at 19:00 on BBC2. For the first time, an agreement was concluded with a rightsholder in the USA. NBC Universal Sports covered the Paralympics on their internet platform UniversalSports.com during the Games and created a 90min documentary about the Paralympics which was aired on 9 November 2008 nation wide on NBC and re-aired on NBC on 6 December 2008. Additionally, Universal Sports Television Network broadcasted 80 hours in November and will broadcast 28 hours from 24-31 December.

ParalympicSport.TV, the IPC’s internet TV channel, streamed a total of 240 hours were during Games time, 148 of which were live including the Opening and Closing Ceremony, and twelve Paralympic sports. Professional English commentary was provided and currently more than 150 hours of content have been uploaded as video on demand. Four million video clips were played on demand during Games time. The live stream received more than 300,000 views with an average viewing time of approximately 30 minutes. People from 166 countries watched PSTV during Games time, the top five being USA, Canada, France, UK and Germany.

IPC’s YouTube channel was also updated daily during Games time with ‘SIXTY Seconds’, the ParalympicSport.TV news format. ‘SIXTY Seconds’ showed the best scenes of the day and was presented by IPC Paralympian Ambassador Chris Waddell. The YouTube video clips reached more than 1.2 million views during the Beijing Paralympics with the first edition of ‘SIXTY Seconds’ being the most viewed video worldwide on YouTube on 10 September with more than 600.000 views in just 48 hours.

A total of 5,611 media representatives covered the Beijing 2008 Paralympic Games from 6-17 September.