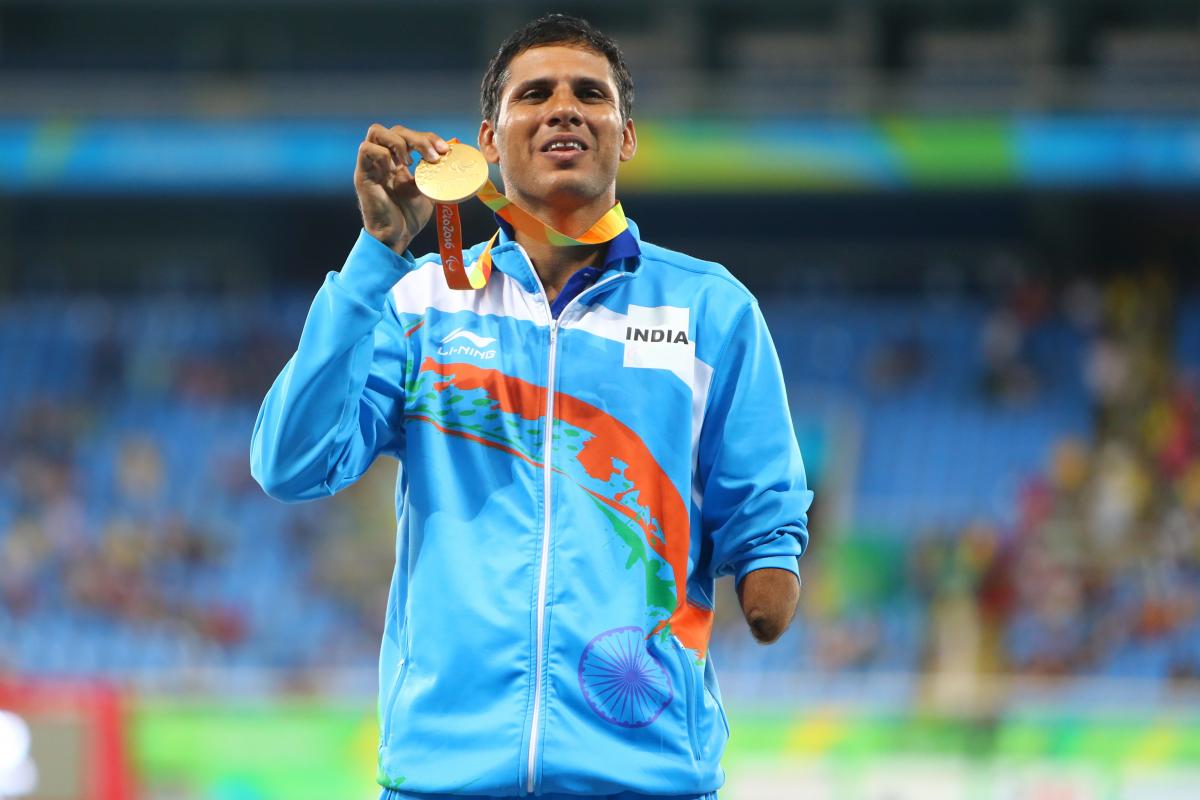 India’s most successful Paralympic athlete Devendra Jhajharia is dreaming of more sports glory as he touches 40 and is sweating it out in the field, building himself up for another tilt at winning a gold medal at the Paralympic Games in Tokyo later this year.

Jhajharia has won gold medals in javelin throw F46 in the 2004 and 2016 Paralympic Games with a world record to boast.

Born on 10 June 10, 1981, Jhajharia has a unique status in the annals of Indian sports – he is the only Indian to win two individual gold medals in Olympic or Paralympic Games. And now he wants to make it three to set the bar higher for the next generation.

Jhajharia won gold in the javelin throw F44/F46 category at the 2004 Paralympic Games in Athens. In the process, he had set a new world record by hurling the spear to a distance of 62.15m, eclipsing the old mark of 59.77m.

As the F46 category was not on the competition schedule in the next two editions of the quadrennial Games in 2008 and 2012, Jhajharia missed the chance to further stamp his class and win more medals.

But Jhajharia has never allowed setbacks to impact his dreams and desires – not even when his left arm was amputated after coming in contact with a live high-power electrical wire when he was just 8. He continued working hard and kept himself in shape for the next opportunity.

His wait finally ended in 2016 when the F46 category was back on the Paralympic Games programme and Jhajharia went on to win his second gold medal at Rio de Janeiro, Brazil, and also improved on his world record by throwing the javelin to a distance of 63.97 metres. 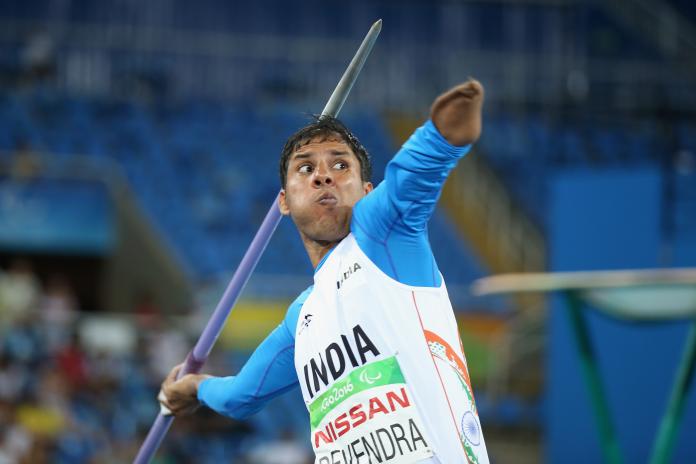 Opportunity is there for Jhajharia once again with the F46 category being included in the sports programme for the Tokyo 2020 Paralympic Games, to be held from 24 August-5 September.

So, he has decided to give his best effort for a shot at winning his third gold.

“I had to wait for 12 years after winning my first gold medal in 2004. I made the most of the opportunity and bagged my second gold at Rio de Janeiro. I don’t want to miss this opportunity in Tokyo,” said Jhajharia.

Tokyo will present the seasoned athlete from Churu district in Rajasthan another opportunity to further cement his place in the history of Indian sport as the only Indian to win three gold medals in individual sports in the Olympics and Paralympics. Only a few hockey players have won three Olympic gold medals for India.

Jhajharia, who in 2017 became the first Para athlete to receive the Rajiv Gandhi Khel Ratna -the highest award in sports given by the Indian government- is currently training hard at the national coaching camp at the Sports Authority of India’s regional centre at Gandhi Nagar, Gujarat, preparing for the Tokyo Paralympics.

After his preparations were disrupted like everyone else's by the COVID pandemic in 2020 and he was forced to sit at home for nearly six months due to a nation-wide lockdown, Jhajharia has started serious training and following a strict regimen set by his personal coach Sunil Tanwar.

“I am training hard and following a well-thought-out programme set by my personal coach Sunil Tanwar. I am confident that just like in Athens and Rio, I will win a gold medal in Tokyo too,” said Jhajharia, who has also been honoured with the Padma Shri, the top civilian award given by the Indian government.

Besides winning the gold medal in Tokyo, Jhajharia has set himself another target – to improve upon on his own world record.

“When I set the world record for the first time in 2004, it stayed till 2016 when I broke the record myself. Now, for Tokyo, I have set myself the target to further extend the world record so that it stays in my name for many years,” said Jhajaria.

He is also aware that the clock is ticking and he may not get another chance in 2024. Jhajharia will be celebrating his 40th birthday in June 2021 and may not be able to participate in the next Paralympics in Paris in 2024.

He does not want to miss this opportunity to add another gold and world record to his tally in a glittering career in which he has won a gold (2013) and a silver medal at World Championships, a silver in the Asian Para Games, gold at 2002 FESPIC Games in South Korea and a gold medal at the 2016 Asia-Oceania Championship in Dubai.

In recent times, there have been some question marks over Jhajharia’s chances of winning a medal as he has taken up the job as a coach with the Sports Authority of India, the government agency responsible for coaching and infrastructure.

He has faced some competition from compatriot Sundar Singh Gurjar, who won gold in F46 category at the World Championships in 2017. However, Jhajharia says he is not bothered by what others are thinking about him and by competition.

Before 2016, Jhajharia had a bet with his daughter that he would win a medal if she stood first in her school exam. Both father and daughter fulfilled their side of the bet.

However, Jhajharia does not need any more motivation for Tokyo 2020. The lure of a record third individual gold medal and the world record is inspiring enough for India’s most successful Paralympian to keep chasing another dream.