Iran's Zahra Nemati sees archery as a metaphor for life 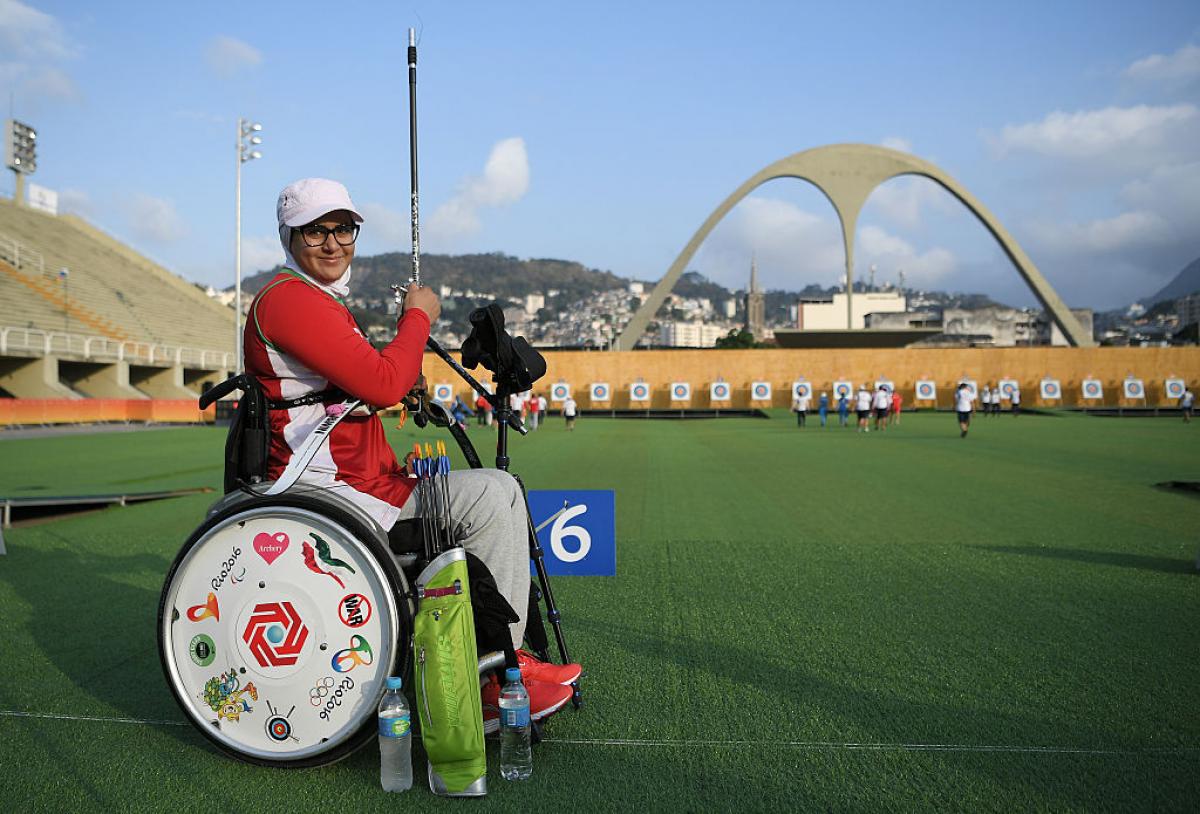 Zahra Nemati of Iran in action during a training session at the Sambodromo Olympic Archery venue in Rio de Janeiro, Brazil
ⒸMatthias Hangst/Getty Images
By Tokyo 2020

Iranian Paralympic legend Zahra Nemati looks at the sport of archery as a metaphor on how we should live life.

“Life has messages for us and archery has one too. One of crucial messages of archery is once you shoot the arrow [and aim for] the gold, you cannot think about [it anymore] - it is [considered part of] the past [and that’s why] we cannot think about it again."

“[The arrow] resembles the future. You should not think about it because we don’t know what's going to happen. At the moment you should enjoy yourself and your life. This is my philosophy and [this is] what I follow in my exercise and my training. If the archer can think in such a manner, they can get success.”

For Nemati, it is this ‘being in the moment’ philosophy that has guided her throughout her career as a Para archer and one that she wants to impart on her fans and fellow archers.

And she surely is someone to emulate.

Nemati's been a force to reckon with ever since her debut at the London 2012 Paralympic Games, where she made history – becoming the first Iranian woman to win either an Olympic and Paralympic gold medal. 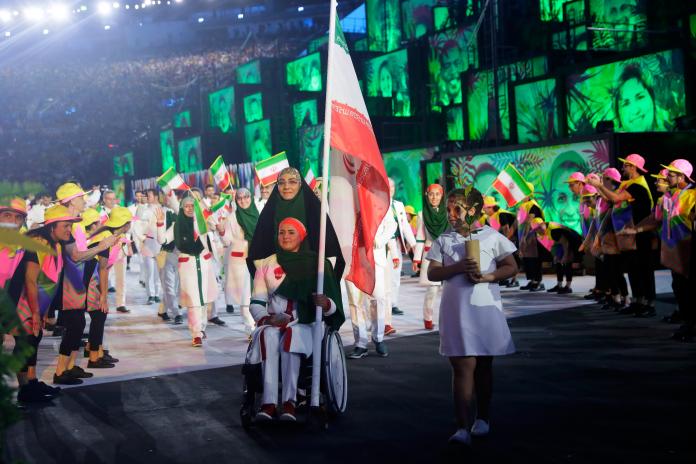 Before taking up archery, Nemati used to be a taekwondo athlete. But after a car accident left her with a spinal injury, Nemati needed to stop the sport. Through Para archery, however, she found a new channel for her athletic abilities.

"I always dreamed of participating in Olympics with taekwondo, but it happened in archery,” she said.

While Nemati placed 33rd at the Rio 2016 Olympics, she bounced back and won her second gold at that year's Paralympics. Ultimately, competing at both Games fulfills Nemati's mission to break stereotypes associated with people with disabilities.

“Archery created so many changes, but I like to change the world around me," she said with conviction.

“I thought that it just would be a turning point for people around the world to change [their view] especially about people with different disabilities so [the experience] was special for me."

A STAUNCH ADVOCATE FOR DISABILITY AND WOMEN'S RIGHTS

Arguably the most popular female Paralympian from Iran, Nemati has been known for her advocacy on disability and women’s rights both globally and on her home soil.

And there is no better place to show her advocacy but on the biggest sporting stage: the Paralympic Games. When she was chosen to be a flagbearer for Iran in the Rio 2016 Games, Nemati proudly carried the flag and saw it as an important milestone for women.

"This event was so special for me to prove that in my country they define a special position for women."

“It means that women and girls, in spite of so many challenges and difficulty, can reach their best,” she added. 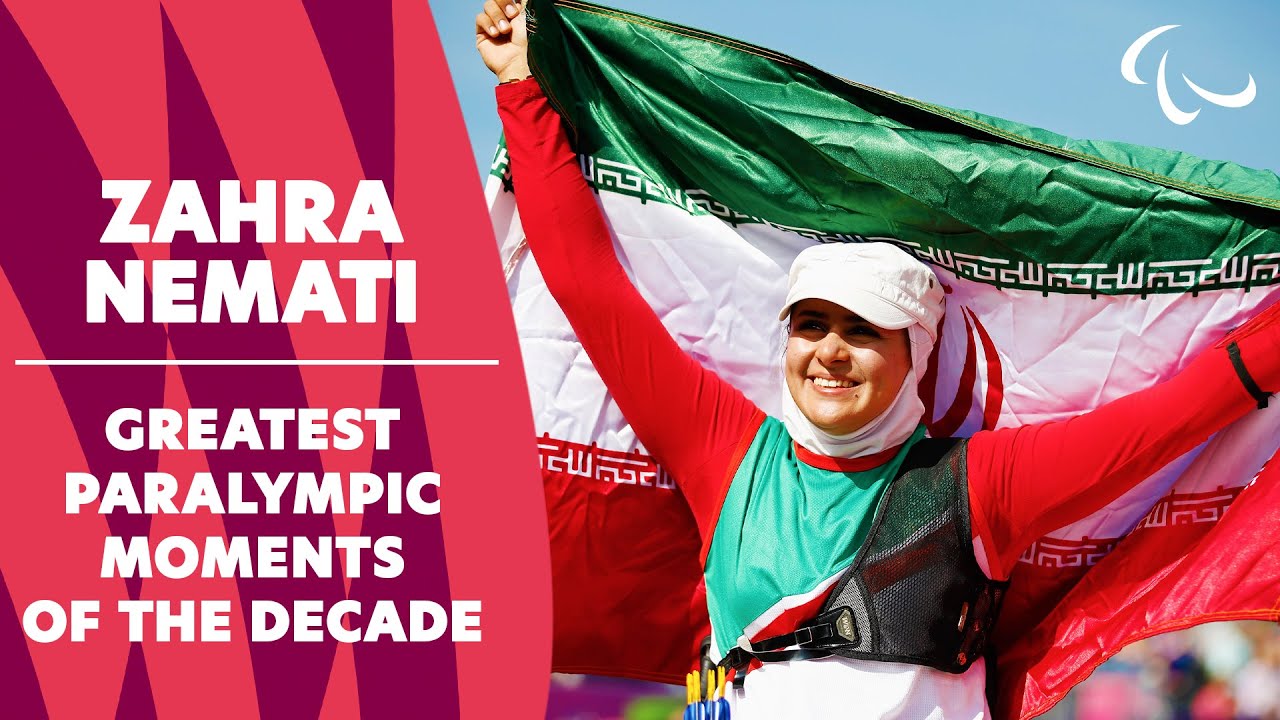 In 2017, Nemati was chosen to participate at the UN Convention on the Rights of Person with Disabilities and also became the first UN SDG Ambassador of Global Understanding. She has been giving talks both locally and internationally to raise awareness about these issues.

Earlier in the year, the International Paralympic Committee (IPC) awarded Nemati the 2021 International Women’s Recognition Next Generation category for her work in raising awareness about inclusivity for women and people with an impairment.

“I am very happy as I represent the Iranian women,” she said. “It’s an honour for me to win the award but it comes with huge responsibility. This IPC award will inspire women with disabilities in Iran and globally.

“Please consider me not just as as an Iranian and as a Para archer. I'm here as an advocate of the human rights in Iran. I've delivered once a lecture about human rights for women in Iran and other parts to promote activities of women,” Nemati reiterated.

Nemati continues to be an inspiration to many, also by showcasing her very best when she is on the field.

While Nemati was beaten by Turkey’s Yagmur Sengul in the event, this she considers to be all part of her preparation for Tokyo 2020.

And Nemati is gearing for her third back-to-back victory come Games-time.

“Our [aim] is to try to get the best - to get gold. With all the participants, they only get one medal so I [will] try to spend [all my] power and also everything to get that one medal. 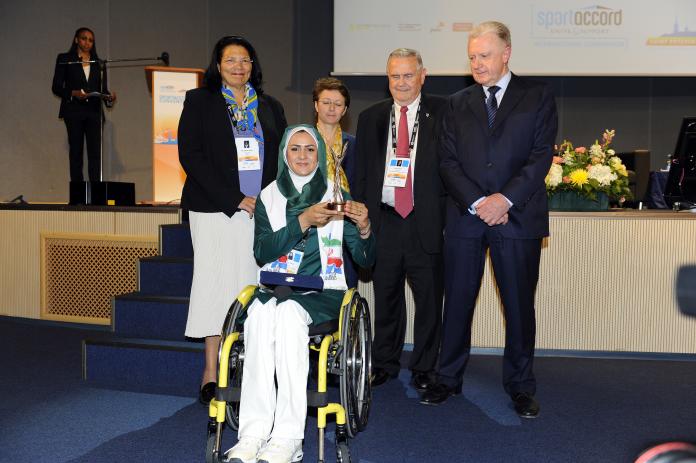 Nemati also has a message to athletes and fans.

"I deeply, deeply hope for athletes around the world to get trophies, medals in such a different event," she continued. "I mean, Olympics or Paralympics it makes [no] difference. It would be the most memorable event for all the athletes in Tokyo and I am [excited] to participate in this event."

"We are going to face a different Olympics or Paralympics so many of you may not be there, fans of athletes competing there, but I can feel the energy regardless [of fans] being there or not.

"The fans not being there might affect [the overall] feeling of the Games. But I believe they will watch amazing Games and we will feel that again in the future. Altogether let's enjoy the Games, especially the Paralympic Games."