Nakamura Yutaka – The ‘Father of Paralympic Movement in Japan’ 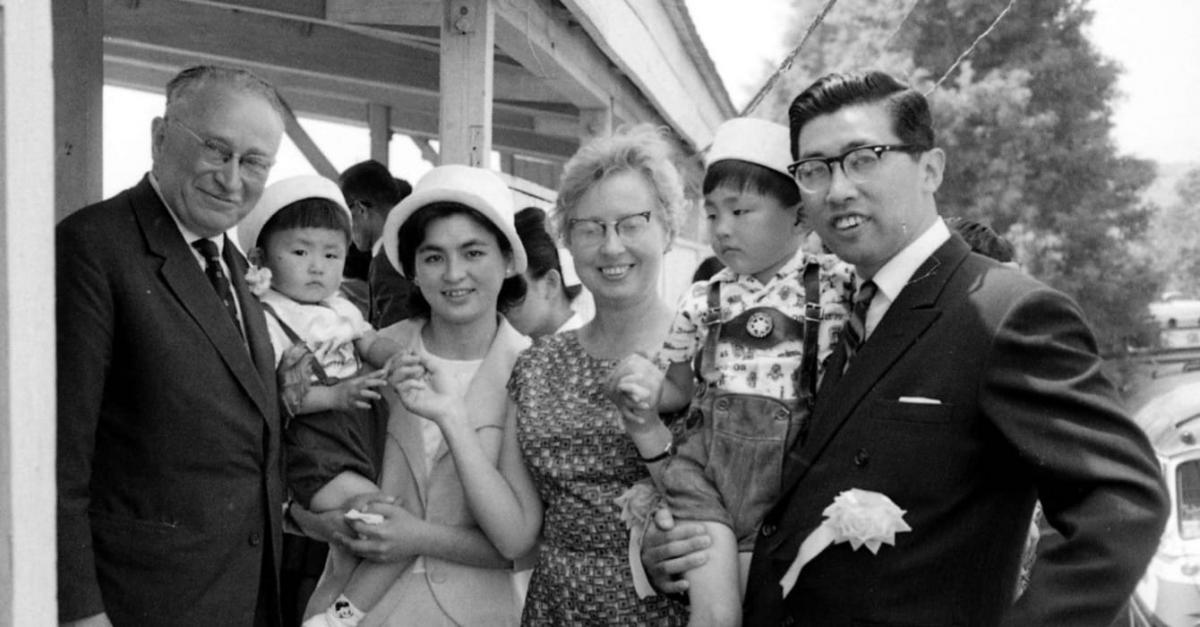 BLAST FROM THE PAST: Dr Nakamura Yutaka (far right) holding his eldest son, Taro, in his arms and Sir Ludwig Guttmann (far left).
ⒸCourtesy of Oita Nakamura Hospital
By Tokyo 2020

As the World celebrated Father’s Day on 21 June, Japan, waiting in anticipation of their second home Games Tokyo 2020, would have remembered their Father of Paralympic movement - Nakamura Yutaka.

A physician by profession, Yutaka was instrumental in implementing the inaugural Paralympic Games at the Tokyo 1964 Games. Yutaka was also the head of Japan’s Paralympic delegation for five Paralympic Games, from 1964 to 1980. He dedicated his life to sport for the impaired until he passed away in July 1984 at the age of 57.

Yutaka’s son Taro went down the memory lane to give a sneak peak into the life of his father and on the legacy that he left behind.

My father, the pioneer

Yutaka was an orthopedic surgeon from Oita Prefecture. While he was the head of the orthopedic department at the National Beppu Hospital, Yutaka set out to the USA and Europe for about seven months from February 1960 on a research assignment to study rehabilitation. In May 1960 during his tour of Europe, he visited the National Spinal Injuries Centre at Stoke Mandeville Hospital in England where he studied under Sir Ludwig Guttmann, who is regarded as the 'Father of the Paralympic Games’.

Sir Guttmann set up a rehabilitation programme that included sport as a method of treatment and therapy for military personnel with spinal injuries sustained during the Second World War. It was Sir Guttmann who organised the first Stoke Mandeville Games in 1948 that later developed into the Paralympic Games of today.

Yutaka witnessed many patients with spinal injuries go through treatment and training, and was impressed at how quickly they recovered. He was determined to introduce this method of sport therapy in Japan too.

After overcoming a number of obstacles, the first Paralympic Games took place in Tokyo in 1964. There were many athletes from overseas who held a job as they trained for competition and seeing this inspired Yutaka to establish ‘Taiyonoie (Japan Sun Industries)’ where people with impairments could find a job and become self-reliant. Yutaka dedicated himself to managing ‘Taiyonoie’ while he also worked energetically for the development of sport for people with impairments.

He helped organise the first Far East and South Pacific Games for the Disabled (FESPIC Games), which developed into the Asian Para Games, and an international wheelchair marathon event in Oita.

But how did his son, Taro, see his father, who devoted his time to helping people with impairments regain their place as an active member of society? “My father was very strict, like all fathers back then. Unlike fathers today who make decisions together with their kids, he made all the decisions and told me what I should do,” he said.

When Taro entered junior high school, he was told by his father to study for medical school. His father wished for Taro, his eldest son, to one day take over the hospital he founded. Taro had always loved to read and was more interested in literature, but Taro says with a wry smile: “I was afraid of my father so I didn’t even argue. I reluctantly went to med school.”

People with impairments were always part of our lives

Taro says his father was always busy, running the hospital, managing ‘Taiyonoie’, and also supporting sport for people with impairments. But his father also had hobbies he enjoyed. He loved cars and cameras, radios and the latest electronic devices, and travelling abroad. He even travelled to Africa, South America and the Galapagos Islands. “My father was busy, but he enjoyed what he did,” Taro recalled.

“My father liked machines, and he couldn’t decide whether to study engineering or go to medical school. Orthopedics had similarities with engineering, and it turned out to be the right area for him.

“He worked on sport for people with impairments and he helped them to become self-reliant, but he was also a businessperson, managing ‘Taiyonoie’ and the hospital.

Taro was born in 1960 and as early as he can remember, ‘Taiyonoie’ already existed and it was natural for him to have people with impairments around him.

“Since he established ‘Taiyonoie’, my father would invite people with impairments to our home and have dinner together. When the first FISPIC Games were held in Oita in 1975, we had athletes from developing countries in Asia stay at our home for several weeks. A nurse working at my father’s hospital dressed up in a kimono and performed a traditional Japanese dance for them too.

“At our home we had people with impairments come and go all the time,” he said.

Yutaka passed away in 1984 when Taro was a third-year university student. Taro followed his father’s footsteps and went on to manage the hospital and ‘Taiyonoie’, and supported sport for people with impairments.

Taro says he never had any strong determination to succeed his father’s projects. “I was born into a medical doctor’s family, so I just inherited my father’s business,” he said. In those days, that was what you were supposed to do.

Taro was the team doctor of the Japanese Paralympic delegation for two Paralympic Games.

While Taro was the head of the hospital in Oita his father founded, he served as team doctor of the Japanese Paralympic delegation at Sydney 2000 and Athens 2004. His involvement with sport for people with impairments continues to this day.

“My father passed away when I was in my early twenties. There was little direct communication between father and son back then so I don’t remember my father ever teaching me anything. Still, I inherited everything my father founded so his influence must have been pretty significant.”

Although there is nothing specific that Taro remembers learning from his father, Yutaka’s last wishes have been carried on by his son. Otherwise, it would have been difficult to preserve his father’s legacy for over 35 years. “I never talked with my father as a medical doctor. If he was alive today, I don’t know if I’d be doing what I’m doing right now,” he said.

Taro says, there is an experience that he will never forget - it was something he witnessed while he accompanied the Japanese delegation on his first Paralympic mission at the Sydney 2000 Games.

“As an orthopaedic surgeon, I always thought that sport for people with impairments was rehabilitation. At Sydney, however, I saw athletes who were mentally independent training hard and competing to their best abilities, and I realised that the world of elite sport exists here too. That experience changed my attitude and outlook.”

The Paralympic Games that was a form of 'rehabilitation' in his father’s time had transformed to a high-level 'sport' competition for elite athletes.

Like his father, Taro has continued his involvement in sport for people with impairments, but their approach is different.

“When my father got involved, sport for people with impairments was still in its early stage of development. The medical doctor was also the manager and the coach, responsible for selecting the athletes and overseeing their training. My father was also responsible for doping control and classifications. Today, medical doctors do not serve as the coach. Doping control and classifications are also handled by other experts.

"I want to be involved as a medical doctor, focusing on the health of the athletes and supporting them to compete safely.

“Back in my father’s days, medical doctors supported athletes to regain their place in society. The Paralympic Games are now an elite sport competition, and medical doctors are expected to provide medical support. We treat them as athletes, check all medication they take before their competitions, take their ECG, and support them as a physician," he said.

Such transformation over the years has contributed to the increased attention directed toward the Paralympic Games.

Taro expects the Tokyo 2020 Games to “serve as an opportunity to create a society where diverse values are mutually accepted.

“Of course, there are people with impairments who are not interested in sport or who are not very good at it. Not everybody has to work towards winning a gold medal. There are many ways you can enjoy sport, and there are activities you can enjoy that are not sport-related. We must work hard to create a society that embraces our differences. It may take time, but we need to aim for that goal.”

Having 'the father of Paralympic sport in Japan' as his father enabled Taro to become deeply involved in the world of Paralympic sport. He hopes that the second Paralympic Games to be held in Tokyo will be a starting point for the creation of a society that embraces diversity. 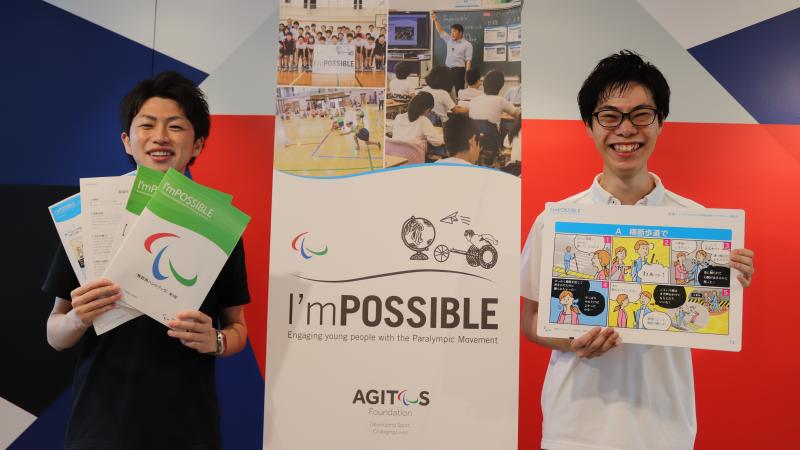