Second medal for teenager, who reveals 'I would lock myself in my house and say I didn't want to go out' 31 Aug 2021
Imagen 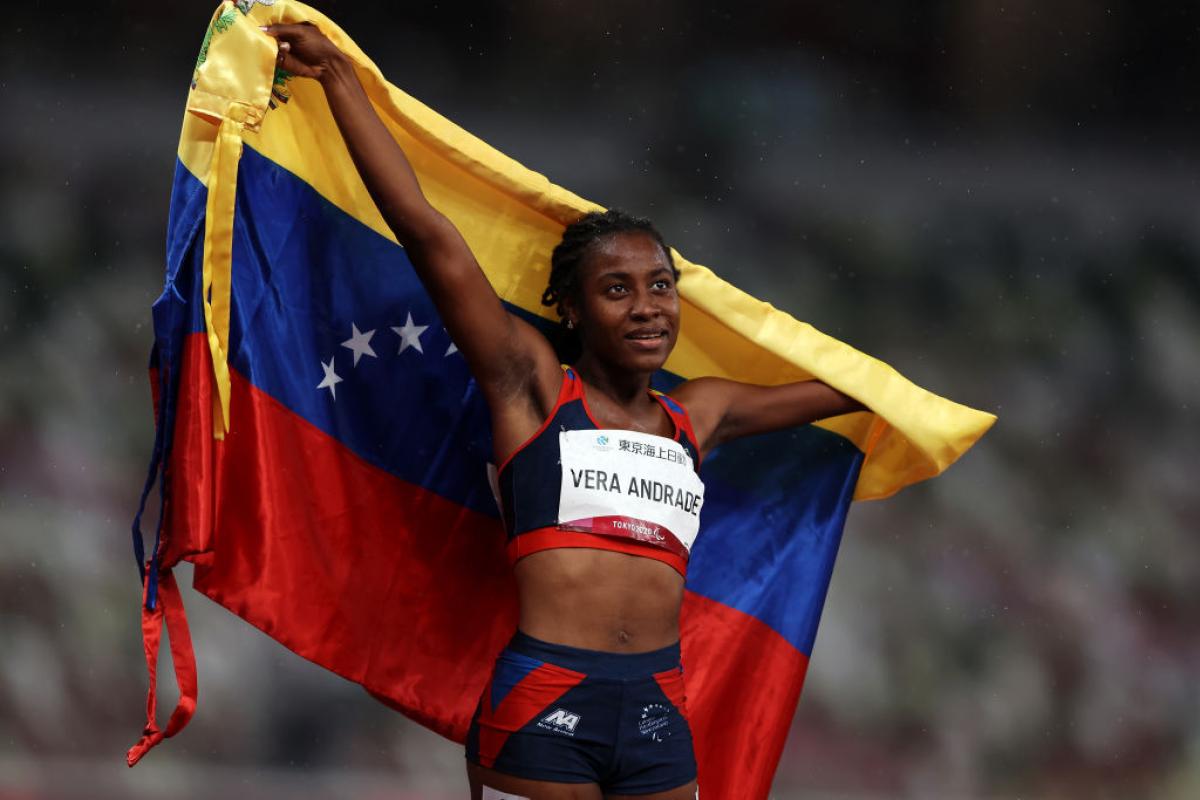 Lisbeli Vera Andrade has the perfect answer to the school bullies who used to make her life a misery because she was born without part of her left arm.

The sprinter from Venezuela can simply point to the 100m T47 gold medal hanging round her neck, alongside the silver from the 400m at the Tokyo 2020 Paralympic Games.

“It's very difficult to express my feelings, to be able to bring the medal to my country. I'm very excited,” Andrade said after her 100m race, which was run in pouring rain on Tuesday (August 31).

“When I crossed the finish line I didn't realise I'd won and I didn’t know how to express my feelings in the moment. I trusted myself to win the race.”

Just how far Andrade has come was illustrated by the new Olympic champion triple jumper Yulimar Rojas tweeting a message of congratulations.

The Paralympian’s journey started when her talent was spotted in a street race in her home city of San Jose. She was painfully shy, not helped by being picked on because she was different.

“When I was at school I was teased because I was missing that part of my body, and that always made me feel different. I would lock myself in my house and say I didn't want to go out.

“Those jokes made me mature because I knew that at some point I was going to have to face life, that I wasn't always going to be protected and that I had to stand up for myself."

Andrade, who had been living with her grandparents, moved to Maracaibo to train with coach Isidro Barthelemy and was able to stay with her uncle, Erbenis Andrade.

"When I got into athletics I was very shy, I didn't talk to anyone, only to my coach. I didn't speak to anyone. Everything I did, I did it on my own.”

Her transformation might have been slow but Andrade has come a long way since those cruel taunts wounded her.

“I didn't tell my grandparents about what happened to me at school. They would find out that I was being bullied when I had a fight with a classmate or when the teachers came told them.”

Andrade, just 19, has another chance to win a third medal at Tokyo 2020 when she competes in the 200m. Whatever happens, her future will be in athletics.

"I'm still very young, but I'd like to continue training to move ahead. I'm the youngest athlete on the Venezuelan team so nobody knows what will happen in the future."

"From that moment on, my life changed. It was a demonstration that what people said about me was a lie.”

Four years later and Andrade can add the title of Paralympic champion.