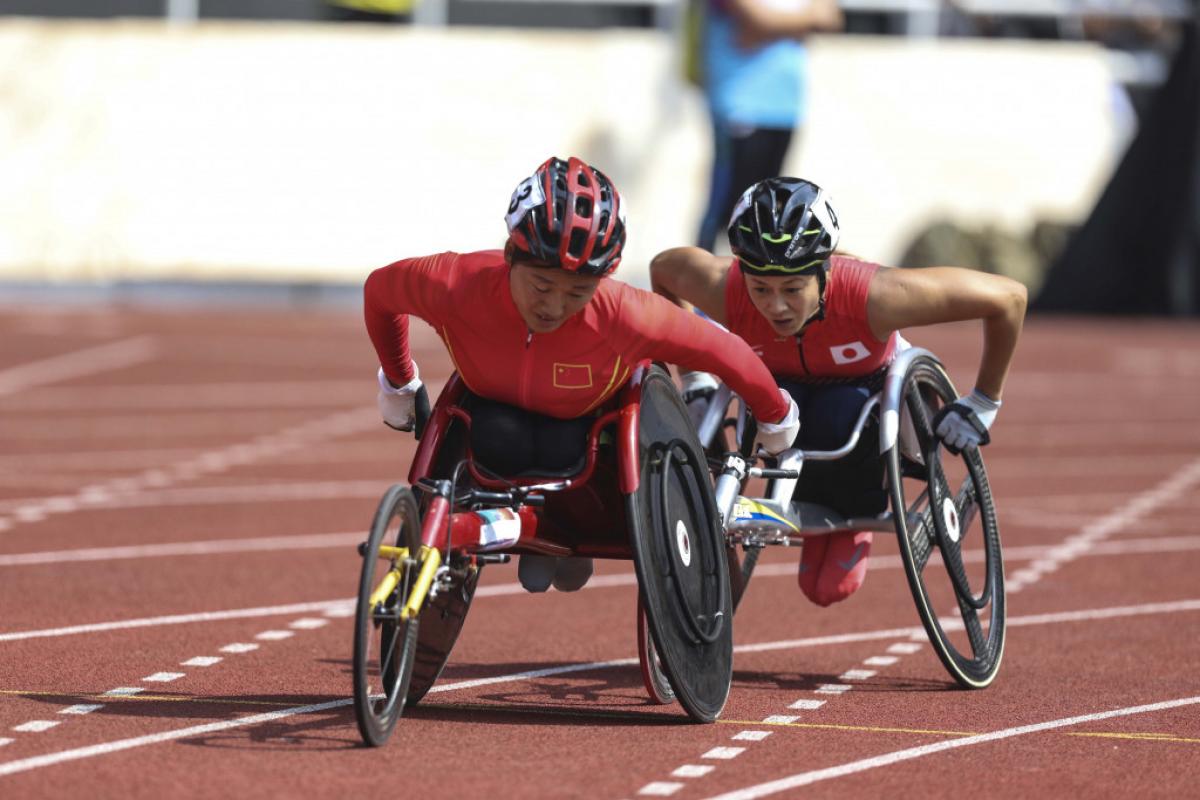 Chinese athletes set the tone for their Asian Para Games ambitions on the opening day of competition in Jakarta, Indonesia, winning the first three gold medals on the track.

Teammate Cuiqing Liu completed a hat trick of Asian Para Games golds, winning the 100m, 200m and 400m T11 ahead of teammate Guohua Zhou each time, while Dongdong Di won both the 200m and 400m T11.

Thailand’s Pongsakorn Paeyo dominated the men’s T53 class, winning four golds out of four, from the 100m up to the 800m. His teammate Prawat Wahoram won the men’s 1,500m and 5,000m T54 – denying fellow Thai Rawat Tana the opportunity to repeat his double gold from Incheon 2014.

Malaysia’s Mohamad Ridzuan Puzi smashed the world record in the 100m T36 – the only world record to fall on the track during the six days of competition.

The 31-year-old stopped the clock at 11.87 – 0.03 seconds off the previous mark - in a terrific head-to-head against the man who beat him to gold at last year’s World Championships, China’s Yifei Yang. Puzi’s form continued with golds in the 400m T36 and the long jump T36.

Japan cleaned up in the women’s 1,500m T20 as Sayaka Makita, Moeko Yamamoto and Misaki Ari took all three podium spots; teammate Tadashi Horikoshi clocked a season’s best as he finished more than 10 seconds clear of the field in the men’s 5,000m T12/13 and T52 wheelchair racer Tomoki Sato added more silverware to his collection with wins over 400m and 800m.

History was made for East Timor, who claimed their first Asian Para Games gold thanks to Teofilo Freitas. The 25-year-old won both the 400m and 1,500m T37, setting a new Asian record over one lap.

The host nation finished eighth in the Para athletics medals table, claiming six golds in all – including two from Purnomo Sapto Yogo in the 100m and 200m T37 – the 20-year-old also racing to a new Asian record in the shorter sprint.