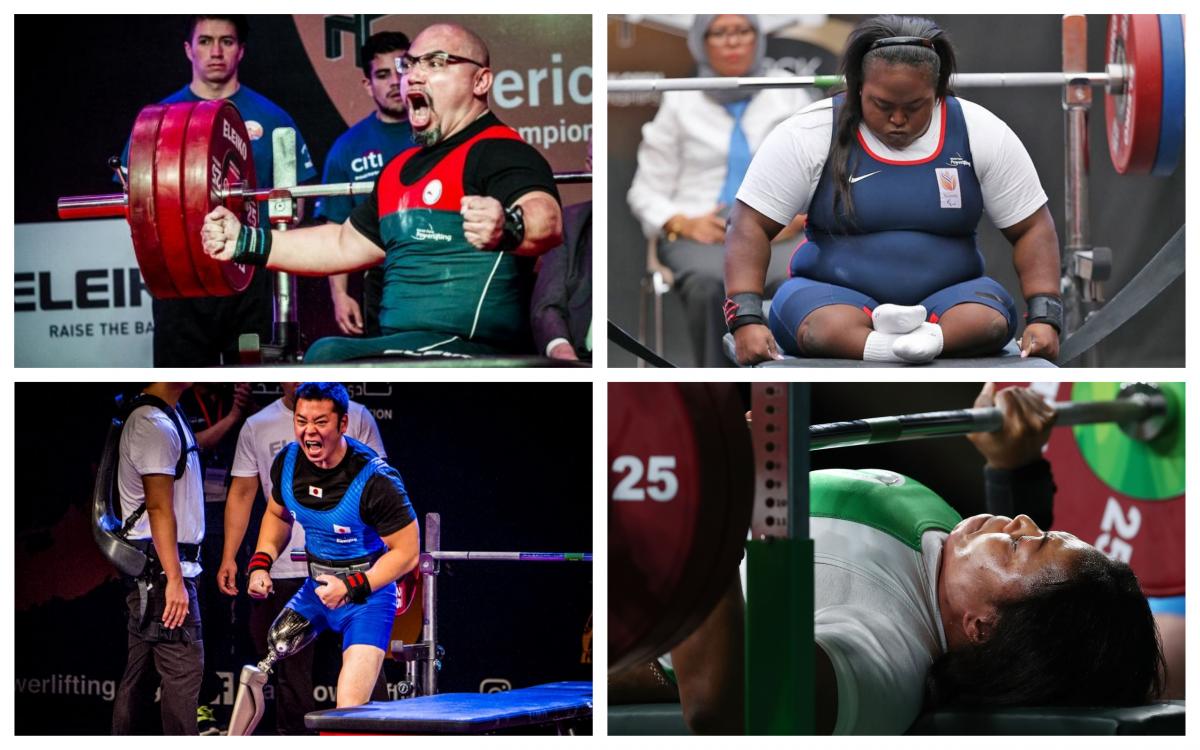 Ali Jawad won his first event since returning to competition after his longest Crohn’s Disease flare up. The Brit won gold in the men’s up to 54kg.

Ukrainian Mariana Shevchuk was in superb form as she lifted a world record of 130.5kg to win the women’s up to 55kg.

The French home crowd celebrated gold through Rafik Arabat in the men’s up to 88kg thanks to a 196kg lift.

Many of the strongest powerlifters competed at the African Championships in the Algerian capital city.

Bose Omolayo broke the world record in the women’s up to 79kg after clearing the bar at 139.5kg. Another Nigerian who topped the podium was Paralympic and world champion Roland Ezuruike (180kg) in the men’s up to 54kg.

Egyptian legend Sherif Osman comfortably won the men’s up to 59kg, while Adra Lamia gave the hosts the only gold medal in the women’s up to 41kg.

Lingling Guo delivered one of the best performances of the year by breaking the world record three times on her way to gold in the women’s up to 45kg. The Chinese lifted 111kg, 113kg and 114kg in less than 20 minutes, surpassing her own mark of 110kg she had set in 2017.

The world’s strongest Paralympian Siamand Rahman decided not to go for the world record this time but still easily won the men’s over 107kg after clearing the bar at 285kg.

Amalia Perez won the women’s up to 61kg once again, setting an Americas record of 134kg along the way and extending her five year-long winning-streak.

Colombia enjoyed success through Jhon Castaneda in the men’s over 107kg with an Americas record lift of 212kg, while Juan Carlos Garrido gave Chile one of their five gold medals in the men´s up to 59kg.

Mariana D’Andrea was one of Brazil's standout powerlifters as she lifted 116kg to win the women's up to 67kg.