The Czech Republic are still seeking their first Paralympic medal in ice sledge hockey and have all the ingredients to obtain one at Sochi 2014. 07 Feb 2014
Imagen 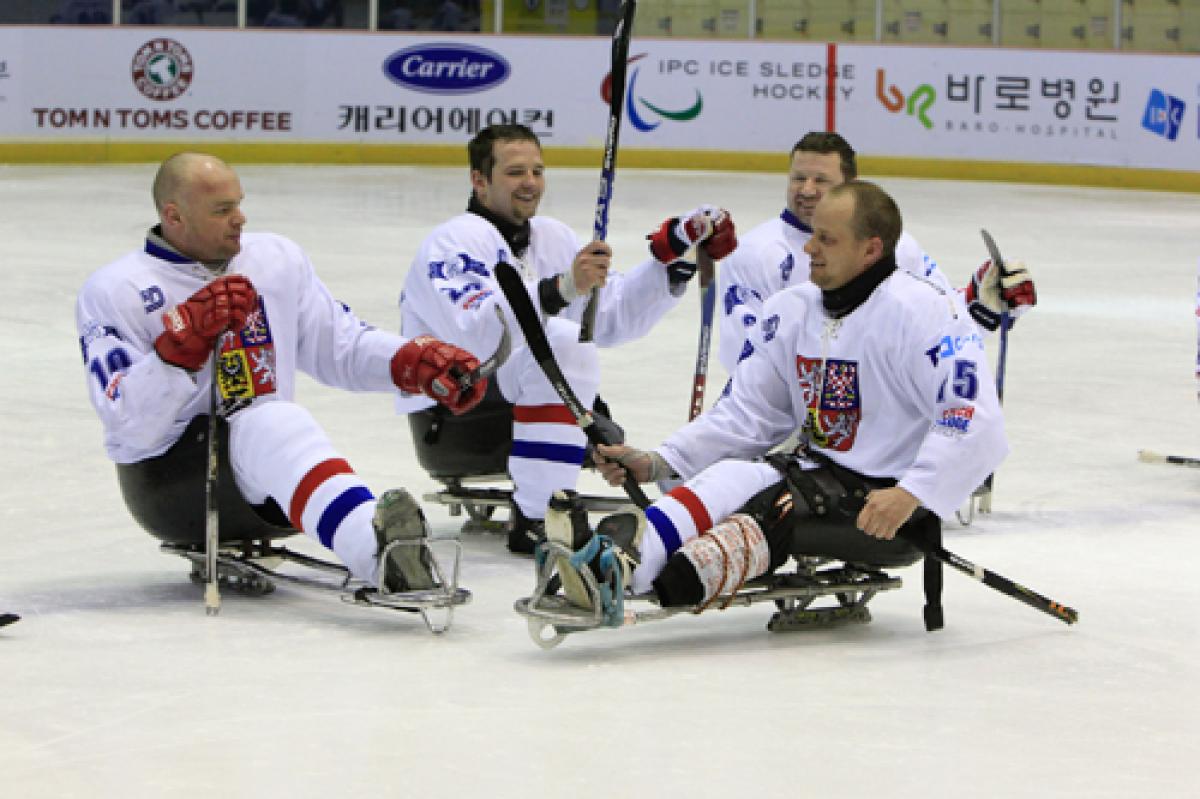 “Among the world’s leading teams, we have the oldest one,” Safranek said. “However, I think we also have good physical players and lots of experience, which compensates the speed of younger players a little bit.”

The Czech Republic’s ice sledge hockey team have been on the verge of medalling on the international stage for the last five years.

They won silver at the 2008 IPC Ice Sledge Hockey World Championships B-Pool against the second tier of top teams, but since then have finished fourth or fifth at every major tournament.

The medals are within grasp, they just always seem to miss out on them. They finished fifth at the Vancouver 2010 Paralympics and recorded four fourth-place finishes at the World Championships A-Pool between 2009 and 2013.

In Sochi, Czech will be led by forwards Zdenek Safranek and Michal Geier, defenceman Pavel Kubes and goaltender Michal Vapenka. The Czech players have been a close-knit group since the team formed in the early 2000’s, but they will be playing against some teams half their age at the Sochi 2014 Games.

“Among the world’s leading teams, we have the oldest one,” Safranek said. “However, I think we also have good physical players and lots of experience, which compensates the speed of younger players a little bit.

“We have many ‘older’ players and it really is possible that these Paralympics will be the last ones for us. But, who knows. It doesn’t have to be that way if we don’t want it to.”

The Czech Republic – ranked No. 4 in the world – are in Group A for the preliminary round in Sochi, along with world champions Canada, Norway and Sweden.

Jiri Briza will assume the head coaching duties for the Czechs for his first time on the Paralympic stage after just taking over the role in early 2013 after serving as an assistant coach for two years.

His leadership will play a key part in how far the Czechs go in Sochi, as he plays the role of both a cheerleader and motivator. He has been known to stand on his team’s bench for entire games, signaling his players and calling the shots, with his eyes always glued to the puck.

“We have players who can be wonderful one day, but the next day they just fade away,” Briza said.

“Our team mentality appears a bit strange for others because we have to really work on a positive mood in our team. Players can come to training camp tired from their work and it can be hard to find a way to keep a good atmosphere on the ice without working them too hard.

Sfranek has had nothing but praise for Briza over the last year.

“He knows where we have imperfections and how to improve our game, how to force his players do their best in a practice or match,” Sfranek said. “And, moreover, he knows how to talk with players about anything, and how to listen to them. That's very important for us all.”

The Czech Republic will begin their quest for their first Paralympic medal on 8 March, when they face Norway in Group A preliminary round action at 9:30 (MSK). 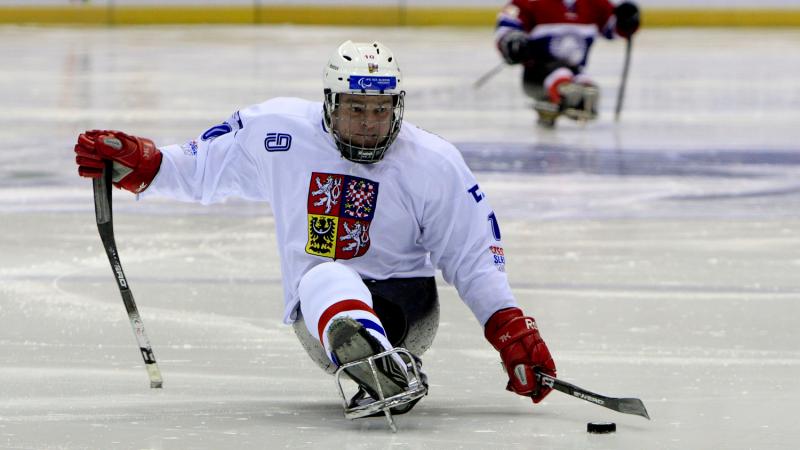