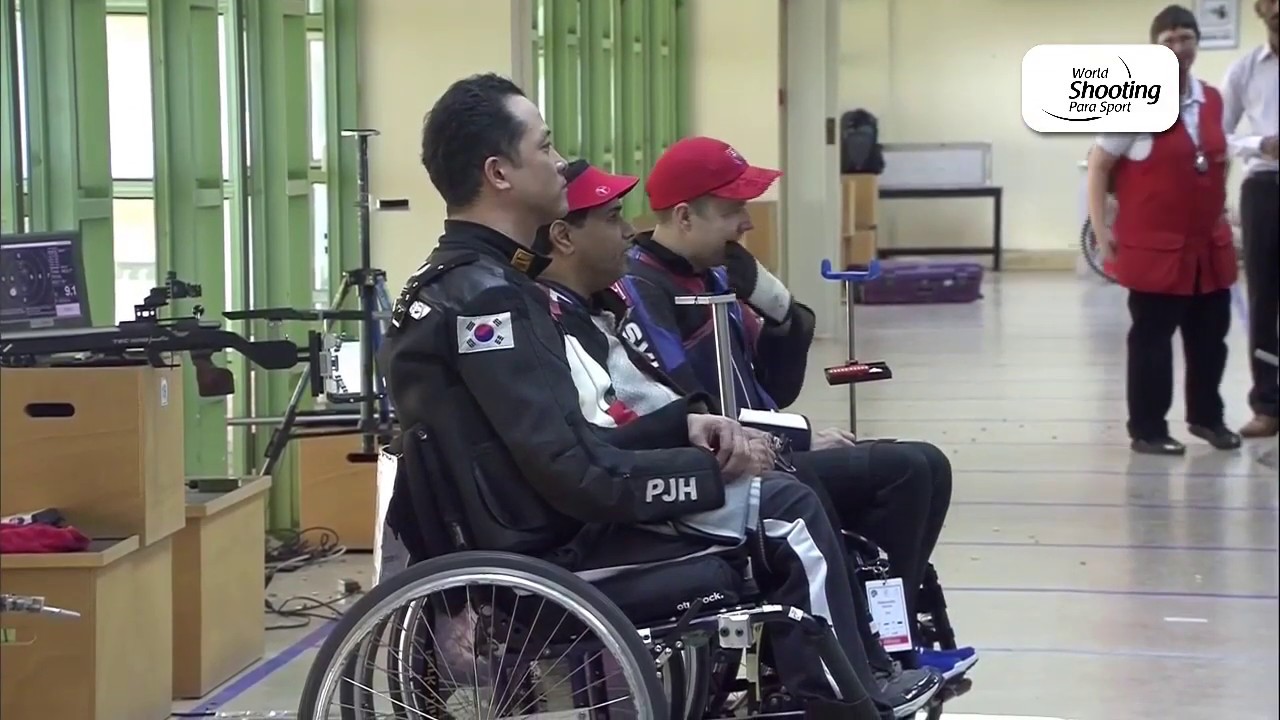 The UAE’s Paralympic medallist and title favourite Abdullah Sultan Alaryani heaved a sigh of relief as he finally picked up his first gold medal at the Al Ain 2019 World Shooting Para Sport World Cup in UAE on Tuesday (19 February).

The gold in the R7 (men’s 50m rifle 3 positions SH1) was also his first medal at Al Ain 2019 after competing in three events. And the way he clinched it was all the more satisfying for the local star as he led from the start en route to taking the title in front of his home crowd.

Alaryani, who went into Al Ain off the back of a triple gold medal-win at the Sharjah 2019 IWAS World Games, maintained a steady lead throughout to stay ahead of world champion duo Radoslav Malenovsky of Slovakia (452.7 pts) and South Korea’s Jinho Park (442.1 pts).

“It was a strong competition. All the shooters were shooting good scores. It’s satisfying to finish on top at [my] home event. This medal is going to inspire me to work harder and get ready for Tokyo 2020. My target from here on is to improve my skills and get better result than before,” said Alaryani, whose qualification scores also helped UAE take the Team gold.

Javanmardi overcame a strong challenge from her closest competitors Iryna Liakhu from Ukraine and Hungary’s Krisztina David who stayed neck and neck before both faltered. Italian Nadia Fario put up a late fight but it wasn’t enough as the Iranian star kept her cool to finish on 232.6 points.

Liakhu, the World Championships silver medallist, finished second on 229 points, much ahead of Fario (209.7 pts).

An excited Javanmardi later said: “I am very happy to win this gold as this will set the tone for the year where we have the World Championships in Sydney. I am also content to help Iran win another gold in the team event.

“It was a good competition as most of the finalists will be going for the Tokyo 2020 and Worlds. I am looking forward to the season,” she added.

Lying in the sixth position after the first competition stage, Atakal gradually made the surge with several 10 scores, before ending with impressive scores of 10.5 and 10.6. She finished just 0.2 points ahead of Zhang. Iran’s Roghayeh Shojaei was third with 225.6 points.

“It was a tough final as everyone was trying hard. And the scores were very close. But being a mother, I have developed the characteristic of staying patient. And this helped; I was able to keep my calm during the tense moments,” said Atakal, who also plays wheelchair basketball at a national level.