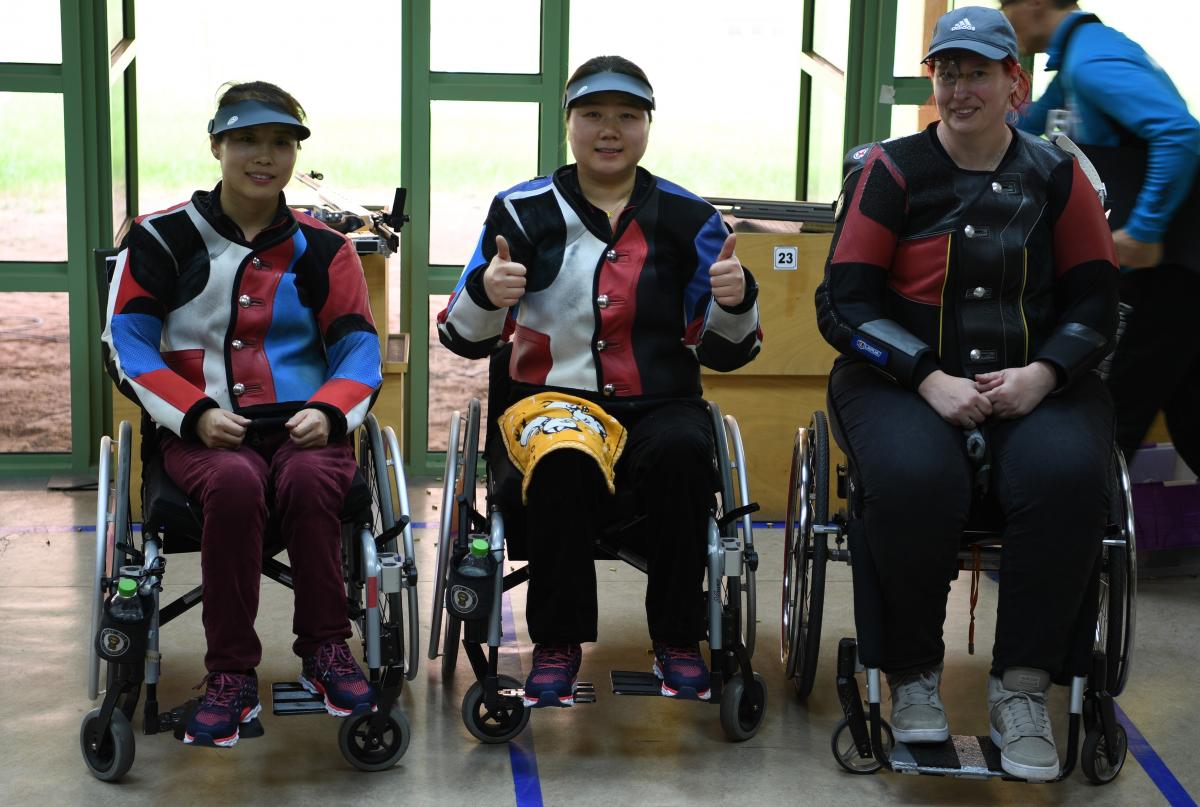 China’s Zhang Cuiping was not thinking about the colour of the medal going into the R8 (women’s 50m rifle 3 positions SH1) final on Sunday (17 February). She was not confident with just a few weeks of training. Thus, the result surprised her at the Al Ain 2019 World Shooting Para Sport World Cup in the UAE.

The four-time Paralympic medallist picked up her first gold at the competition, finishing ahead of rivals Elke Seeliger (453.8) of Germany and compatriot Bai Xiaohong (440.8), the 2018 world champion.

“Before this tournament, I didn’t train for long so I wasn’t very confident of winning the gold here,” Cuiping said. “Today’s show confirmed my success and improvement in technical aspect. I am very satisfied with the result here.”

“Right now, I am not thinking about winning medals. I just want to perform and execute what I have done in my training,” she said about the upcoming season.

There was more joy for China with their team comprised of Bai and Gou Dingchou winning the R10 (mixed 10m air rifle SH1) team event with a world record effort of 491.7 points. Ukraine took silver and Australia the bronze.

It was a case of so near yet so far for Ukraine’s Andrii Doroshenko as he missed out on the gold to Slovakia’s Radoslav Malenovsky, who topped the podium for the second time.

Once again, Malenovsky rode on his steady scoring ability to accumulate 248.6 points and pipped Doroshenko by 0.8 points in the R1 (men’s 10m air rifle standing SH1)..

Doroshenko, the 2018 World Championships bronze medallist, later blamed his two 9s in the elimination stage for the miss: “It was disappointing to not win the gold. I tried hard but it wasn’t enough in the end. It hurts when you are so close.

“I will prepare to improve my training results and to cope with competition pressure,” the 31-year-old said.