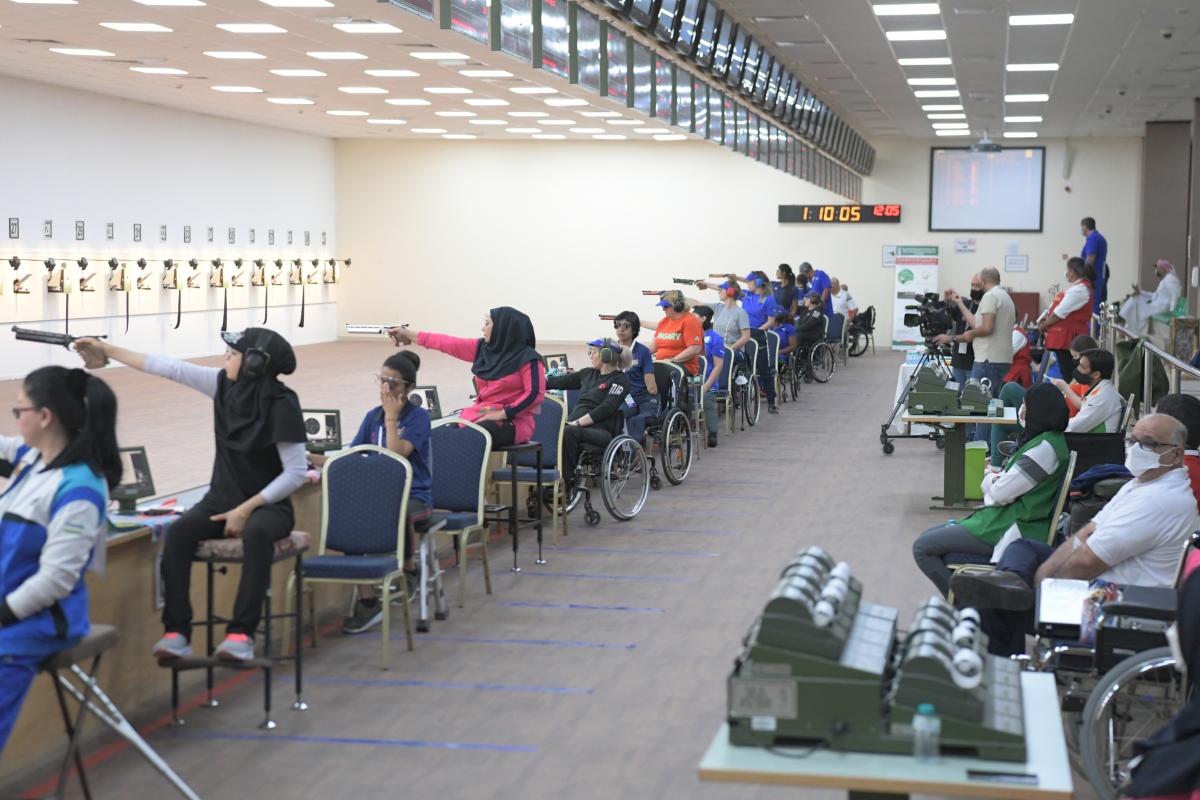 Iran’s Paralympic star Sareh Javanmardi made her intentions clear at the first international event after more than a year — Al Ain 2021 World Shooting Para Sport World Cup — that she is eyeing the title at the Tokyo 2020 Paralympic Games.

The three-time world and two-time Paralympic champion held off Pehlivanlar by 6.2 points, while Hungary’s Krisztina David claimed the bronze medal.

The result surely left the shooting athlete from Shiraz, Iran, over the moon.

“I am very happy to win the gold here. It’s been almost one year and half since our participation at the Sydney 2019 World Championships," said Javanmardi. "In the last year, the sports world had faced challenging times and athletes couldn’t attend any event due to the pandemic. I would like to say thank you to the Al Ain organisers, World Shooting Para Sport, Asian Paralympic Committee and NPC Iran for giving us the opportunity to participate in this high-quality event.”

The Iranian also set a new qualification world record of 580, which bettered her earlier record of 577 at Al Ain 2019.

“I don’t know if other countries are going to host any further events with similar high quality, however, I hope they do so prior to Tokyo 2020 which will be important for our preparation for the Games.”

What a way to finish the day in Al Ain! It's the first gold medal for Iran. 👏

While Iran got their first gold, the hosts UAE celebrated two more gold medals, led by one of their Paralympic stars Abdulla Sultan Alaryani, in rifle and trap events.

Alaryani, who has three silver medals from Rio 2016, stayed ahead right from the start to finish on 450.7 in the R7 (men's 50m rifle 3 positions SH1). Ukraine’s Andrii Doroshenko (444.1) was runner-up, followed by compatriot Yurii Stoiev.

The first final for the trap events, PT1 (mixed trap seated SG-S) which was played on 21 March, turned out to be out one of the thrilling finals with hosts UAE taking 1-2 positions.

UAE’s Mohammed AlHashmi overcame a strong challenge from his compatriot Eisa Alzubaidi in the shoot-off 2-1, after the final series of targets were tied on 31. Iran’s Abdolreza Tavasolikhah claimed the bronze.

Meanwhile, Team Ukraine continued their domination at Al Ain 2021 picking up a few more golds as the competitions went on.

The R2 (women's 10m air rifle standing SH1) final that was staged on Monady (22 March) was another edge-of-the-seat encounter with Ukraine’s Iryna Shchetnik (249) holding off a strong challenge from India’s Avani Lekhara, with only 0.3 points separating the two. Indonesia’s Hanik Puji Hastuti was equally impressive only to settle for the bronze.

What a final for the host nation. They win two more medals and bring their tally to 4⃣ in the whole World Cup.

"I am very happy to win this gold after such a long time," said 2019 World Championships medallist Singhraj.  "Coming to this World Cup, I was very confident to get a good result here as I had trained very hard during the COVID-19 lockdown. My first international was here in Al Ain 2018, but I missed out the gold. In 2019 also, I had to settle for the silver. I want to continue to continue this momentum and get a good a good result in Tokyo 2020."

In the PT2 (mixed trap standing SG-L, Russia’s Roman Ponomarenko shot with precision to accumulate 33 points enough to finish with the gold, ahead of Kuwait’s Bader Almunaifi. There was more joy for Russia with Aleksei Pasternak completing the top three.

Ukraine continued to lead the medals tally with four golds, four silvers and one bronze, followed by the hosts United Arab Emirates with three golds and a silver. India collected one gold, one silver and a bronze medal.