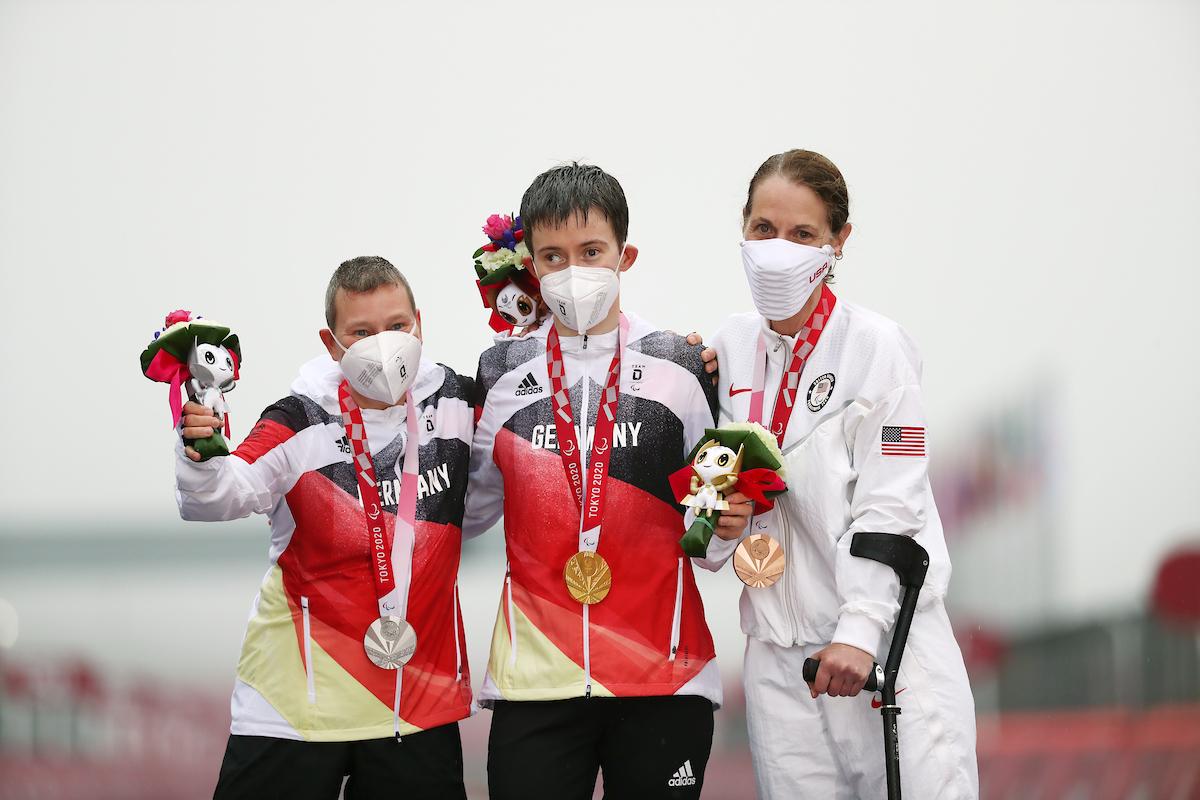 The German captured silver in the women’s time trial T1-2, behind teammate Jana Majunke. Though both were going for the gold on a slippery course at the Fuji Speedway International, they also worked together.

"He (Maximillian) was the one who said Jana and I were a team and should go here as a team,” Kaeser said. "On the morning of the day he died, he said: 'You two will win gold and silver.' In the afternoon, he was gone so that was the last thing he said to me. He really wished for this.”

With the encouragement of her late husband, she picked up the Para sport in 2012 following a stroke, and she has seen success most recently, taking World Championship bronze in the road race earlier this year. Now, the 54-year-old leaves her first Paralympics with a pair of medals, including bronze in the time trial.

"Now I'm dealing with it OK,” Kaeser opened up about the passing of her husband two days before the Tokyo 2020 Opening Ceremony. “I think the harder times will come when I go back home after this and realise what has happened.

"But right now this medal is actually helping. Just like my (time trial) bronze medal, this one is for him."

Majunke, the reigning road race World champion, has been peaking in her Para cycling career, winning both her events in Tokyo. At 31, Majunke showed control and persistence through the downpour, getting ahead of the pack to avoid the crashes behind her.

"I'm very happy with my second gold medal. There is no better way to end these Games," Majunke said. “I just avoided one (crash) by millimetres, so I tried to get ahead of everyone as quickly as possible to get some room.

"I like the hard races and the tough weather like this because I perform well in it and I often win these races.  If you are well-prepared it can even be a benefit."

They're from different teams and competing in different races, but there's always support and respect between our Paralympians ❤️@UCI_paracycling #ParaCycling #Tokyo2020 #Paralympics pic.twitter.com/poWSq9Uv9V

Italy won the mixed H1-5 team relay ahead of silver medallists France and USA in third place, dedicating their win to four-time Paralympic cycling road champion Alex Zanardi, who is still in a serious condition after a road accident last year.

"One part of the credit for this medal is Alex's, who has given us extra strength and motivation to win today," said Paolo Cecchetto. "He is always in our hearts."

Together with Luca Mazzone and Diego Colombari, Italy was in complete control to win by 31 minutes. For Mazzone, who finished second in both his time trial and road races, gold was a promise he made to his son.

"My son was giddy with excitement today because he had been hoping for this gold medal from me and seen the two races where I got a silver,” the Italian said. “Now he can finally say 'daddy did it' and greet me with a big hug."

The women’s C4-5 race took place during one of the heaviest downpours of the day, but it did not stop Great Britain’s Sarah Storey from rounding off a perfect Tokyo 2020 campaign by claiming her third consecutive C4-5 road race gold medal.

The 43-year-old's seventh road cycling title increases her lead as the event's most decorated female Paralympian.

"I couldn't have imagined being at eight Games, let alone winning medals at every Games," said Storey, who won the women's C5 time trial on Tuesday and the cycling track C5 3000m individual pursuit the week before. 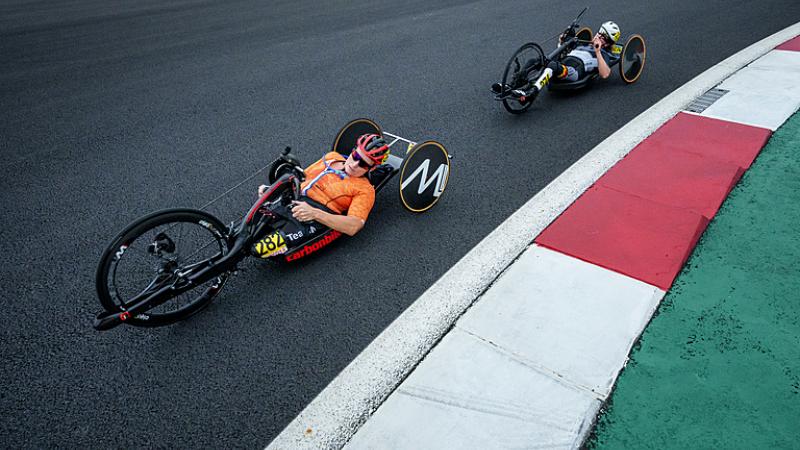