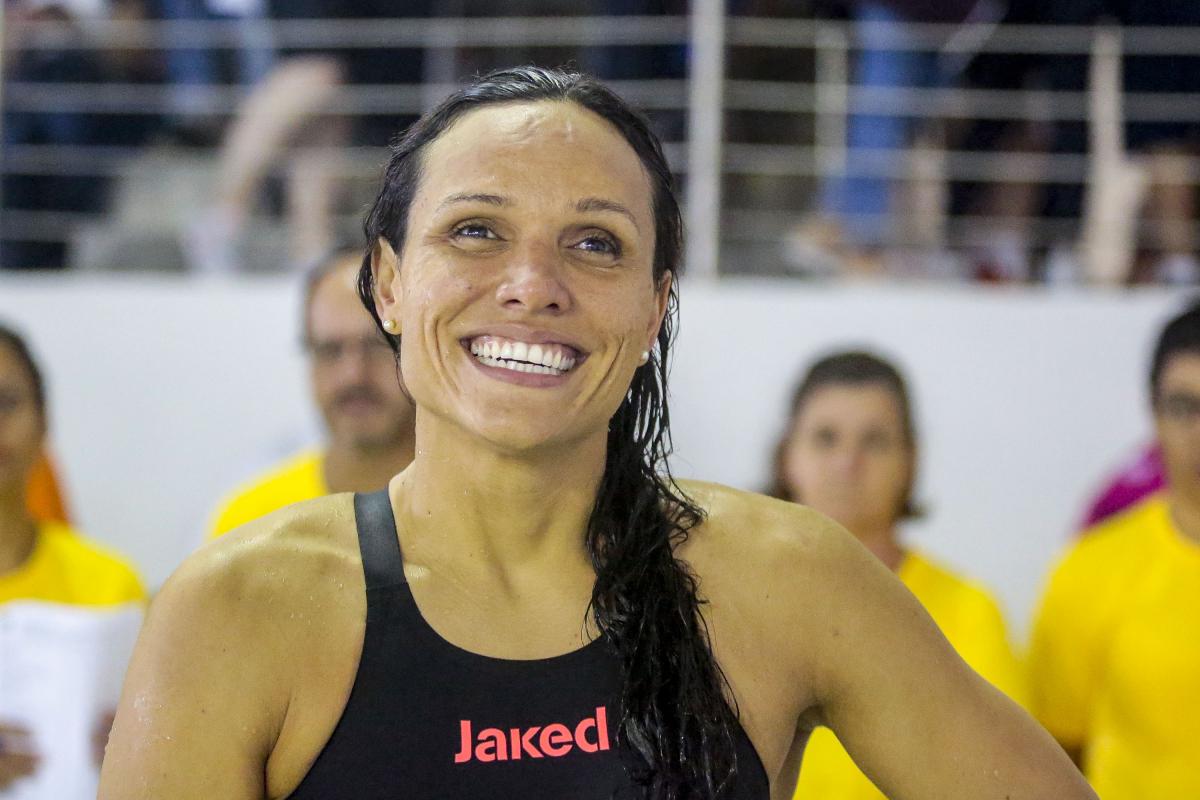 Maria Carolina Gomes was once again in the spotlight as she established a new women's 100m breaststroke SB12 world record* twice on the second day of the Sao Paulo World Para Swimming World Series.

The 33-year-old Brazilian put on another outstanding show after breaking the 100m freestyle Americas record* on Thursday. She touched the wall in 1.14.94 in the morning preliminaries before clocking 1.14.79 in the final.

She also took the win in the 50m freestyle with a time of 27.00 - 8 hundredths of a second short of Russia's Oxana Savchenko world record.

"I have gotten really emotional here. I was recently introduced to Para sport and I could not feel better about my choice. Now it's time to get ready for what is ahead this year," she said.

The home team added two more golds to its medal tally through Ana Karolina Soares (1.12.56) in the women's 100m backstroke and Phelipe Rodrigues (23.50) in the 50m freestyle.

China displayed their strength via SB11 swimmer Bozun Yang (1.14.55), who led the way in the 100m breaststroke.

Argentina’s S6 swimmer Matias de Andrade gave his country its only gold of the day in the men's 100m backstroke with a time of 1.15.94.