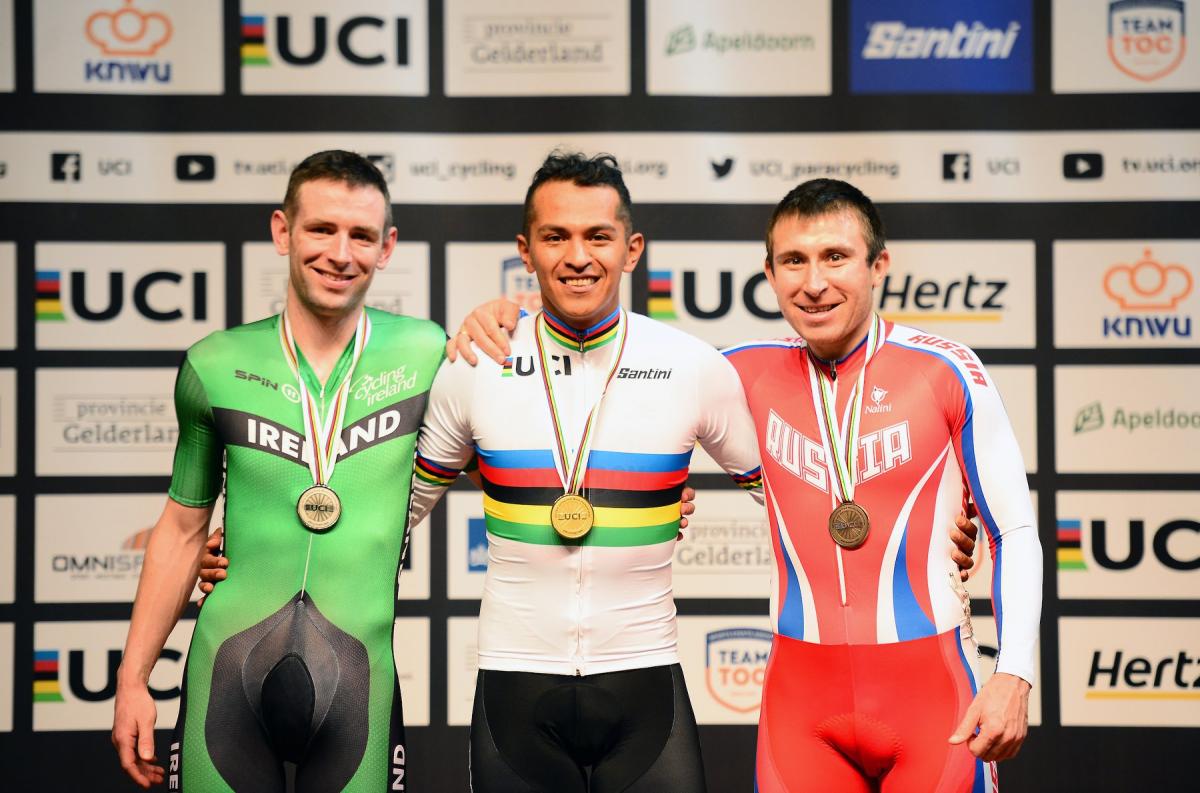 Colombia rounded off an excellent performance as they claimed a second gold courtesy of Diego Duenas on the last day of competition of the 2019 Para Cycling Track World Championships in Apeldoorn, Netherlands.

The Rio 2016 Paralympic bronze medallist was the fastest in the men’s scratch C4, slightly ahead of Ireland’s Ronan Grimes, who came in second. Russian Sergei Pudov was third.

“It was a very hard race with many good athletes in the final. Winning this gold medal for Colombia is great, as well as wearing the Rainbow Jersey,” said Duenas. “This is a great result with Tokyo 2020 in mind. I will train at home as hard as I can for that.”

Grimes added: “I'm still in shock. I didn't even realise we had a gap until we had half a lap. Then with 10 laps to go, a medal was certain.”

This result also meant that USA’s Jason Macom took gold in the omnium C4, with Duenas and Pudov sealing silver and bronze, respectively.

There was plenty of drama in the men’s sprint B all-British final. Matthew Rotherham and Neil Fachie finally prevailed ahead of James Ball and Peter Mitchell. Poland’s Adam Brzozowski and Kamil Kuczynski collected bronze.

Full results are available on the UCI website. https://www.uci.org/para-cycling/results