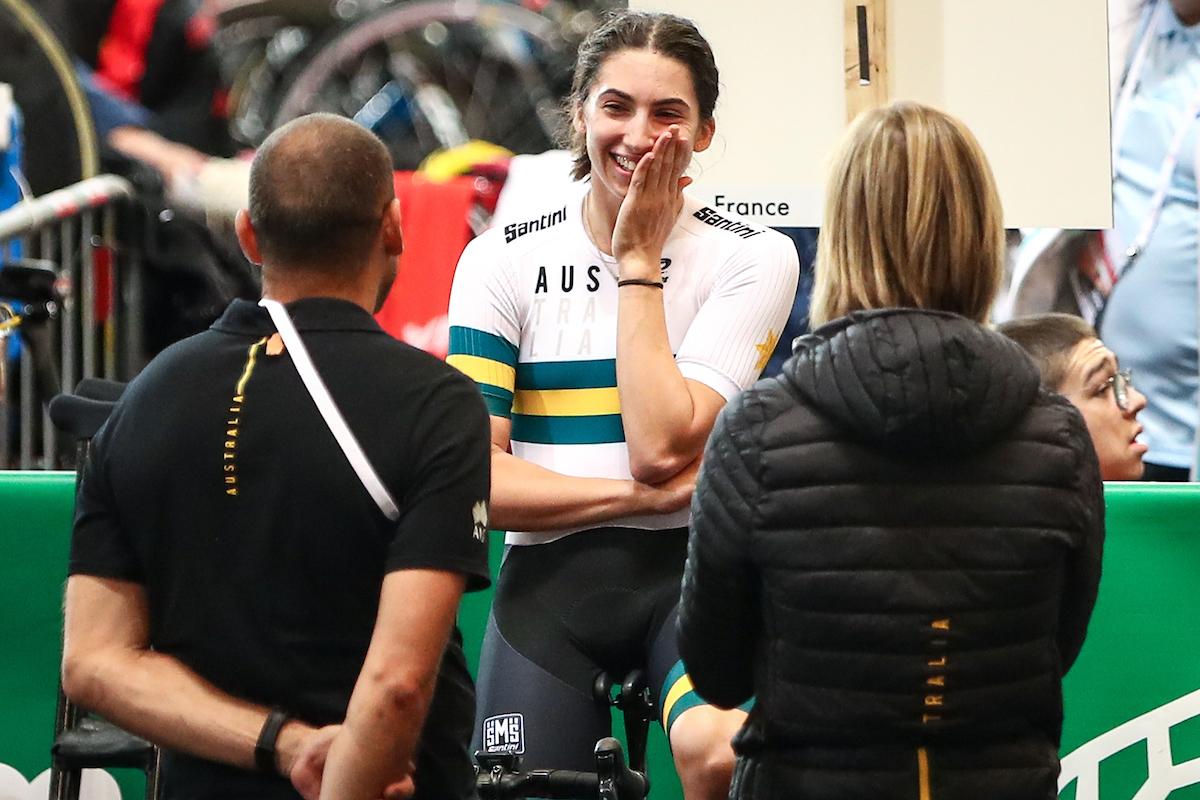 ⒸUCI
By UCI and IPC

Seven world records fell on a spectacular day in Apeldoorn, Netherlands, with Australia’s Paige Greco adding another two to her collection on day two of the Para Cycling Track World Championships.

Greco smashed the world records in both the women’s 500m time trial C3 and 200m flying sprint C3 on Friday. It followed her stunning performance on the opening day, when she won the women’s 3km individual pursuit C3 also in a world record time.

The famous velodrome yielded another five world records to add to Greco’s performance, including in the first race of the day, when compatriot Amanda Reid stormed to the women’s 500m time trial C2 in a new mark of 39.505.

China’s Zhangyu Li beat his own world record on the way to gold in the men’s 1km time trial C1, knocking 0.12 seconds off the record he set at the Rio 2016 Paralympic Games.

A fourth world record came courtesy of Colombia’s Alejandro Perea, who took the men’s 1km time trial C2 title in a time of 1:12.873.

“I dedicate this World Record to every person that suffers from disabilities because we must be included in each part of society,” said Perea after his victory.

“I would like to invite each Government and each private business in the World to support the Para sports as much as they can.”

In the individual pursuit races, New Zealand took the title in the women’s 3km B through Emma Foy, piloted by Hannah Van Kampen, while Polish duo Marcin Polak and Michal Ladosz won the men’s 4km B.

Racing in Apeldoorn continues on Saturday, and full results are available on the UCI website.