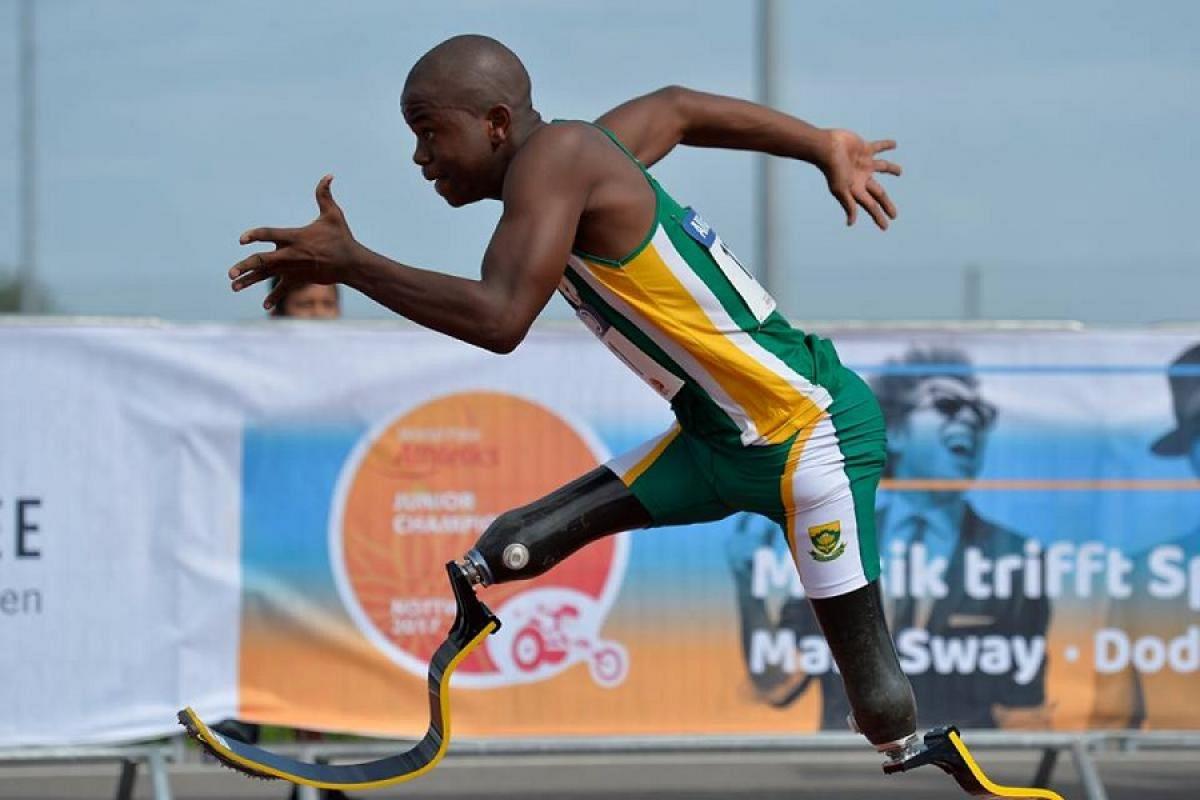 ‘Seven years ago, I wasn't expected to walk. Now, I run for my country’ – It’s a simple, but stark statement that speaks volumes about the sprint sensation Ntando Mahlangu.

Later this week, the 17-year-old will be eyeing for the World Championship glory in Dubai.

The stage is perfectly set for the current T61 100m, 200m, 400m and long jump world record holder to show his prowess ahead of the Tokyo 2020 Games, where he is already tipped as the firm favourite.

In 2018, the South African finally beat his nemesis, Great Britain’s Richard Whitehead, the man who relegated him to silver in the 200m at both the Rio 2016 Paralympic Games and the 2017 World Championships in London.

In June this year, he underlined his electric form by setting new personal bests in both the 200m and the 400m at the Bayer International in Germany.

Despite the fame and fortune and irrespective of what happens in the coming months, Mahlangu chooses to remain grounded. The road that he has already travelled has been overwhelming and he is thankful for that.

Doing it for South Africa

“The sport has given me chances I never thought I would get. It has opened doors for me,” said the young man.

“In 2012, when I got blades from Jumping Kids [a South African charity], it just kind of changed everything. I was able to move around and be mobile like never before.

“From there on, it just got easier to move as I grew and got stronger. I started to run and to compete in athletic competitions with Jumping Kids and pretty soon, other people were telling me I was fast.”

And fast he was indeed. Shooting through the ranks, Mahlangu was clearly making up for lost time since his blade graced the tracks.

For the sprinter, who has great form at the World Championships – having won four golds and set two world records at the junior version in 2017 – it is now all about using his elevated stature to inspire others.

“There is a lot of talent in South Africa and if we can give that talent the chance to be discovered and developed, then we will see even more success stories,” he asserted, before revealing that he will be leaning heavily on the example set by his Rugby World Cup winning compatriots.

“The Springboks were amazing and inspired the country. Seeing the people’s reaction and how sports brings us together is a great motivator for me and I think it’s the same for the whole team here in Dubai.”

The battle with Whitehead is set to be one of the highlights in Dubai. And, despite trying to adopt the standard elite athlete mantra of it ‘not being about anyone else’, Mahlangu cannot stop himself sneaking a peak at the double Paralympic champion.

“I generally concentrate on improving my times and performances and not on the other athletes. However, knowing that competitors like Richard are also working hard helps keep me focused,” said Mahlangu before admitting, it was a morale booster to beat Whitehead in the Diamond League Anniversary Games last year.

“Crossing the line first was a great feeling. I had been working hard and knew I had it in me. It was nice to get the result.

“It's great to run PBs [personal best], win gold or break world records but that is not the main goal or my aim for competing or in life,” he adds.

“I see success in Dubai as enjoying being with my fellow athletes, being able to do what I like doing and having fun doing what I do well - running and competing.”